Swingfield near Dover in Kent was home to some of the sisters of the Order of St. John before they were moved to Mynchin Buckland, in Somerset in 1180. After the nuns departure, the Knights of St. John established a commandery at Swingfield which they held until the Dissolution of the monasteries in England in 1540. 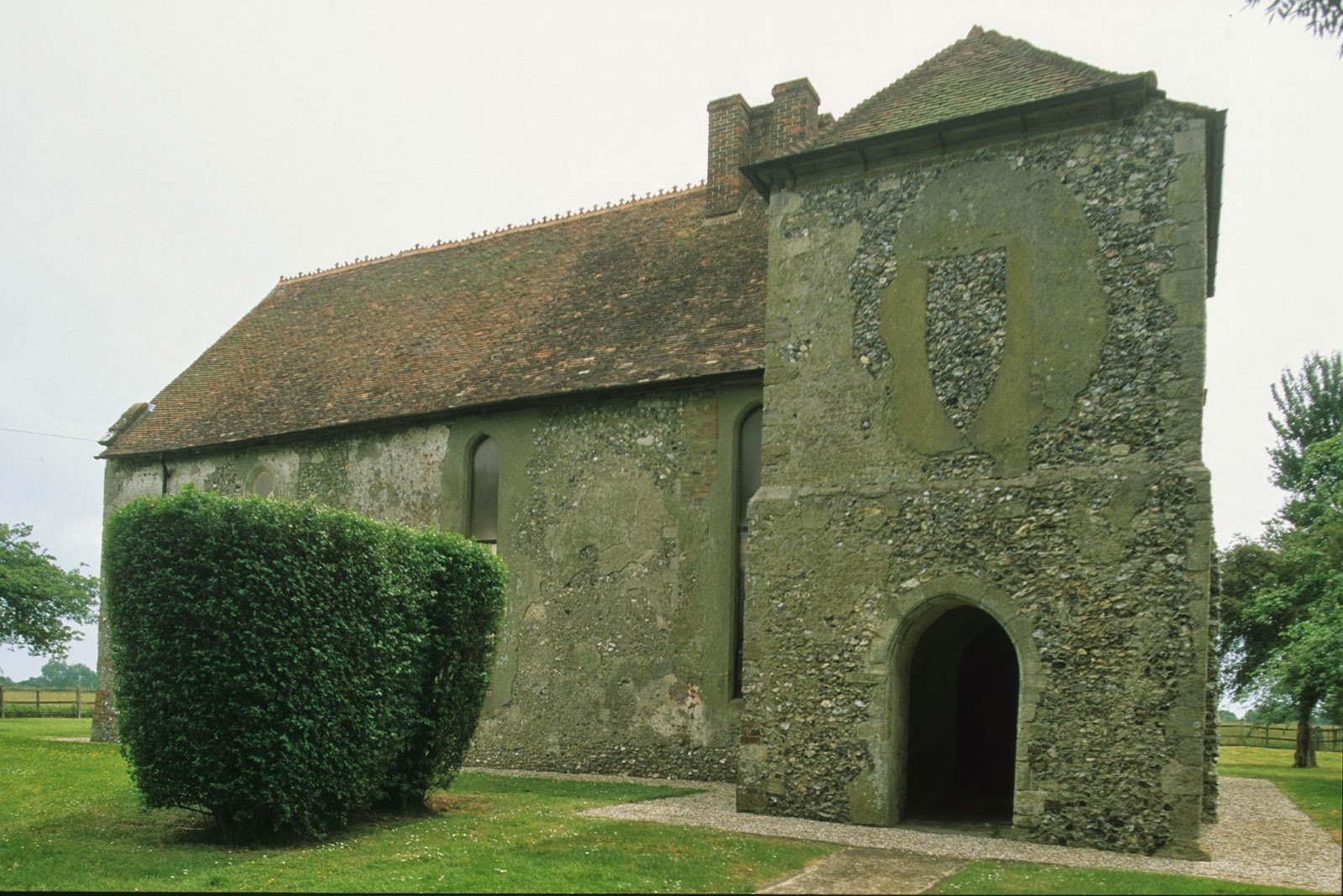 The only commandery building to survive is the chapel with part of the adjoining hall, although the remains of other buildings are discernible in earth works to the south and west of the chapel. The chapel was built in the thirteenth century and still has its piscine, a stone basin for washing sacred vessels and an aumbrey a cupboard for storing communion vessels. These and the three lancet windows in the east wall all survived the chapel's conversion into a farmhouse after the Dissolution.

The report into the state of the Order of St. John in England ordered by Prior de Thame in 1338, found at Swingfield Commandery a manor house with a garden valued at 6s.8d. a year, the church at £10, a share of the church at Tilmanstone at £8 and the confraria or voluntary contributions at £20. Further income came from rents in the neighbourhood bringing the total receipts of the commandery to £82 4s.4d.

The expences born by Swingfield Commandery  included £11 6s. for bread, £11 for flesh, fish and other foodstuffs, and £10 for beer. 69s for robes and other necessities for the commander Fra, Ralph Basset and the brother Fra. Alan Mounceux, 20s. for the repair of buildings, 40s. for the visit of the prior for two days, and the stipends of the three chaplains, a squire, two clerks, a chamberlein, a cook, a baker, a porter, a bailiff, a mower, two grooms and a page, ammounting to a total of £52 18s. 4d. The difference was paid to the Common Treasury for the support of the Convent at Rhodes.