The old parish church of St Mary Birkirkara was begun in the early 1600's by Vittorio Cassar and completed in 1617 by Tommaso Dingli. The tower and the interior are designed by Cassar and the facade by Dingli. 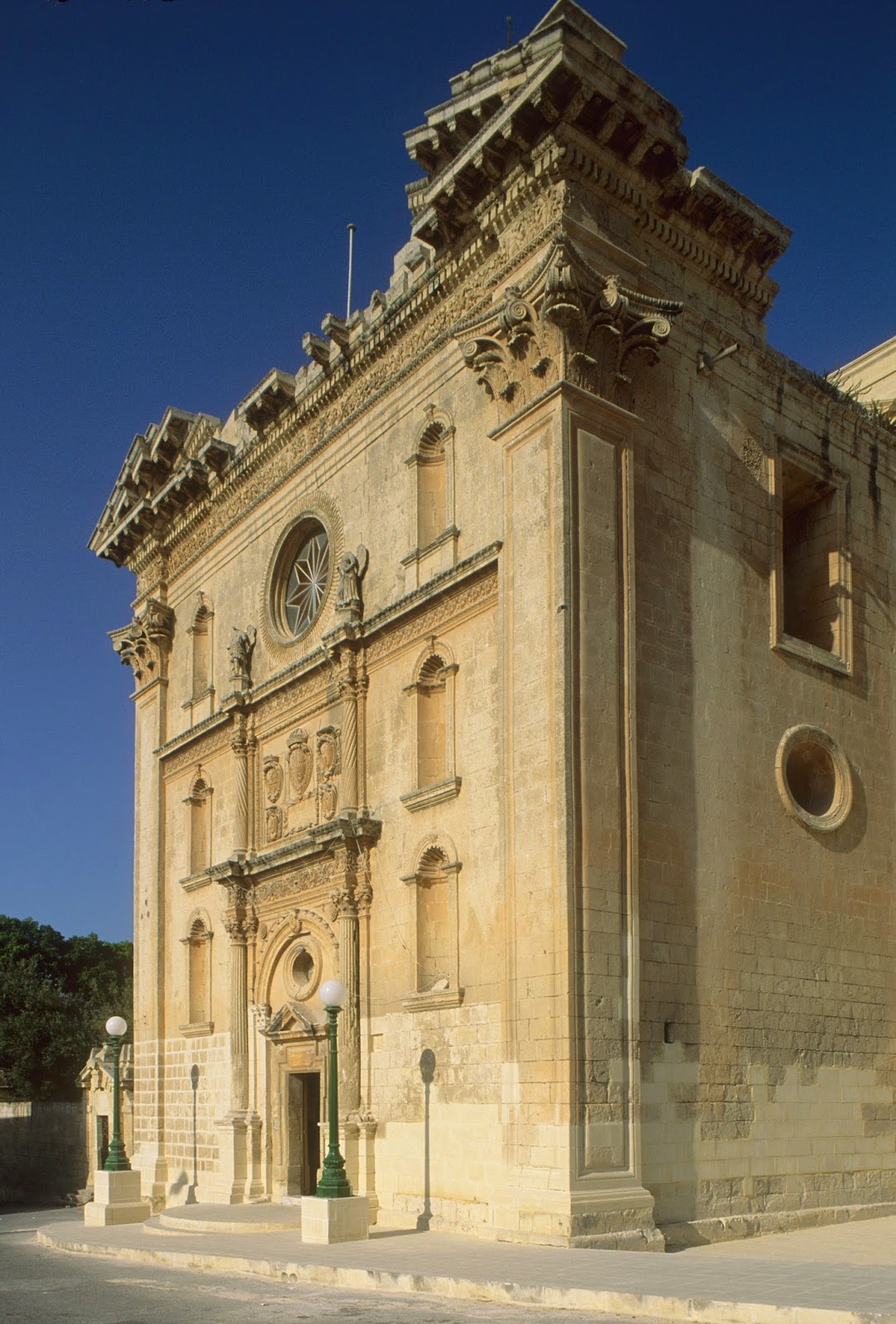 St Mary  has some of the finest carved stone decoration in Malta, on the facade and especially in the interior. There is a tradition that the craftsman was a Sicilian criminal who had sought refuge in the church. this is unlikely as the carving at Tommaso Dingli's earlier church at Attard seems to have been by the same hand. The beautiful church fell into disrepair and is now undergoing restoration. 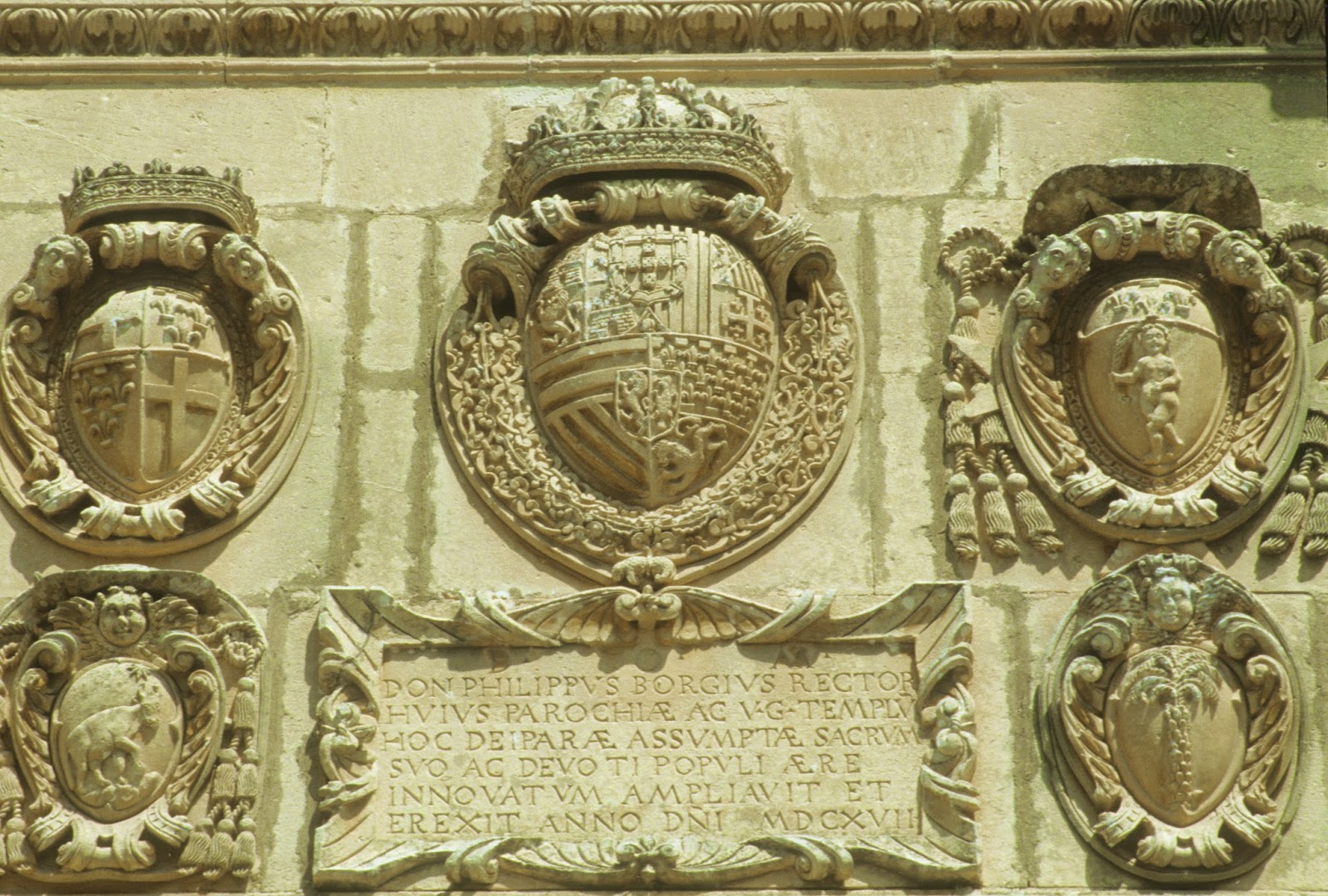 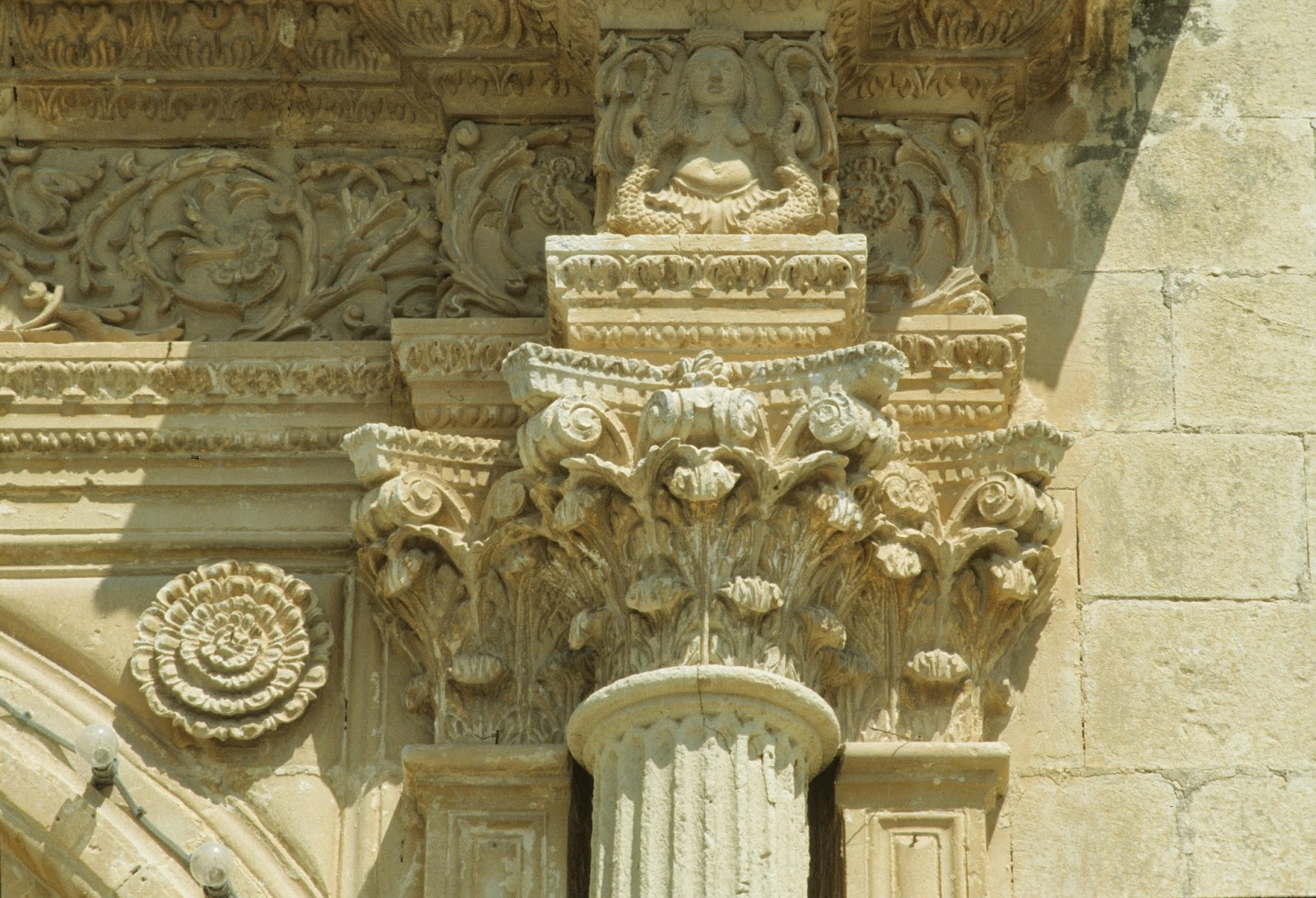 Posted by Jimmy Graham at 11:33 No comments:

La Couvertoirade had belonged to the Knights Templar since the area was given to them by the Viscount of Millau in the 12th century. The Templars built the fortress in the course of the 12th and 13th centuries and the village that grew up around it.  La Couvertoirade formed part of the extensive estates administered from the Commandery of Sainte-Eulalie de Cernon. The Templars  chose the site because of the dome of exposed limestone that meant good foundations and a ready supply of  material for building a castle. Also for the Lavognes, the natural drinking pools in this arid region that provided a reliable source of water for their sheep on the trails connecting the summer and winter pastures; the transhumance routes. 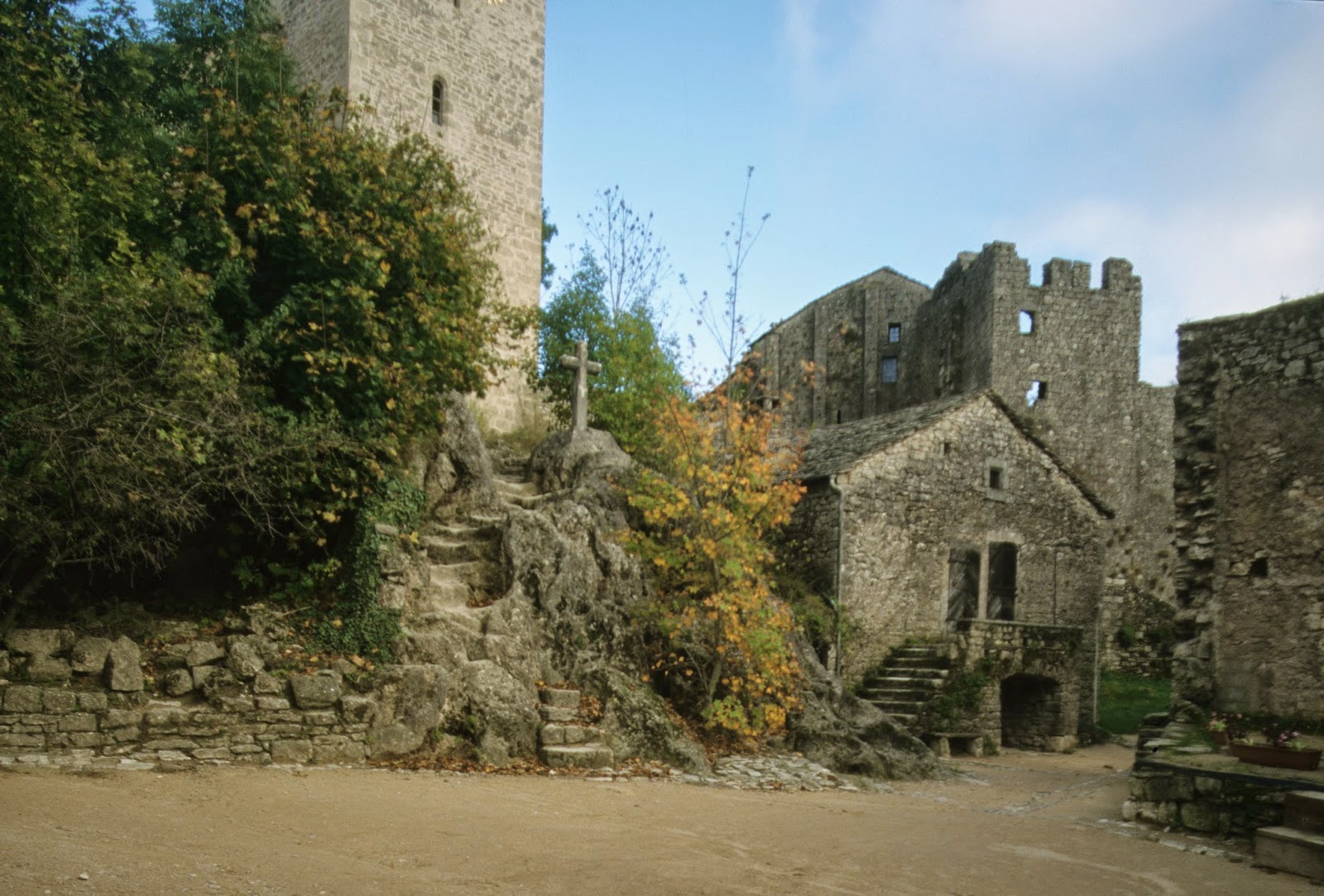 Following the Dissolution of the Knights Templar in 1312 La Couvertoirade passed into the hands of the Order of St John who built the church. The village became an important staging post for pilgrims making their way south to Santiago da Compostella, Rome and the Holy Land. In 1328 there were 135 "fires" in the village and between 540 and 600 inhabitants. 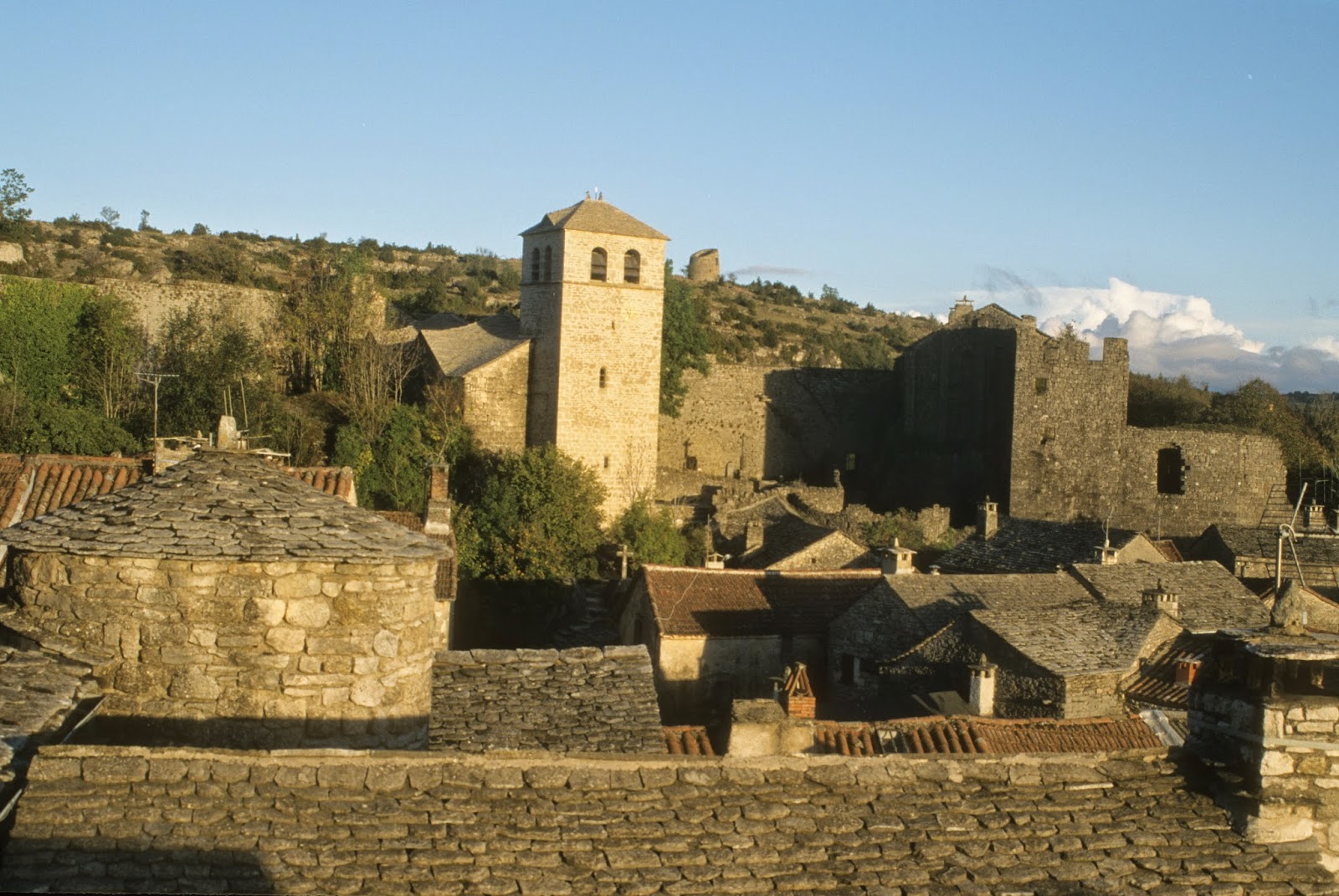 Between 1439 and 1442 the Knights of St John built the high curtain wall and the five square and round towers around the village. 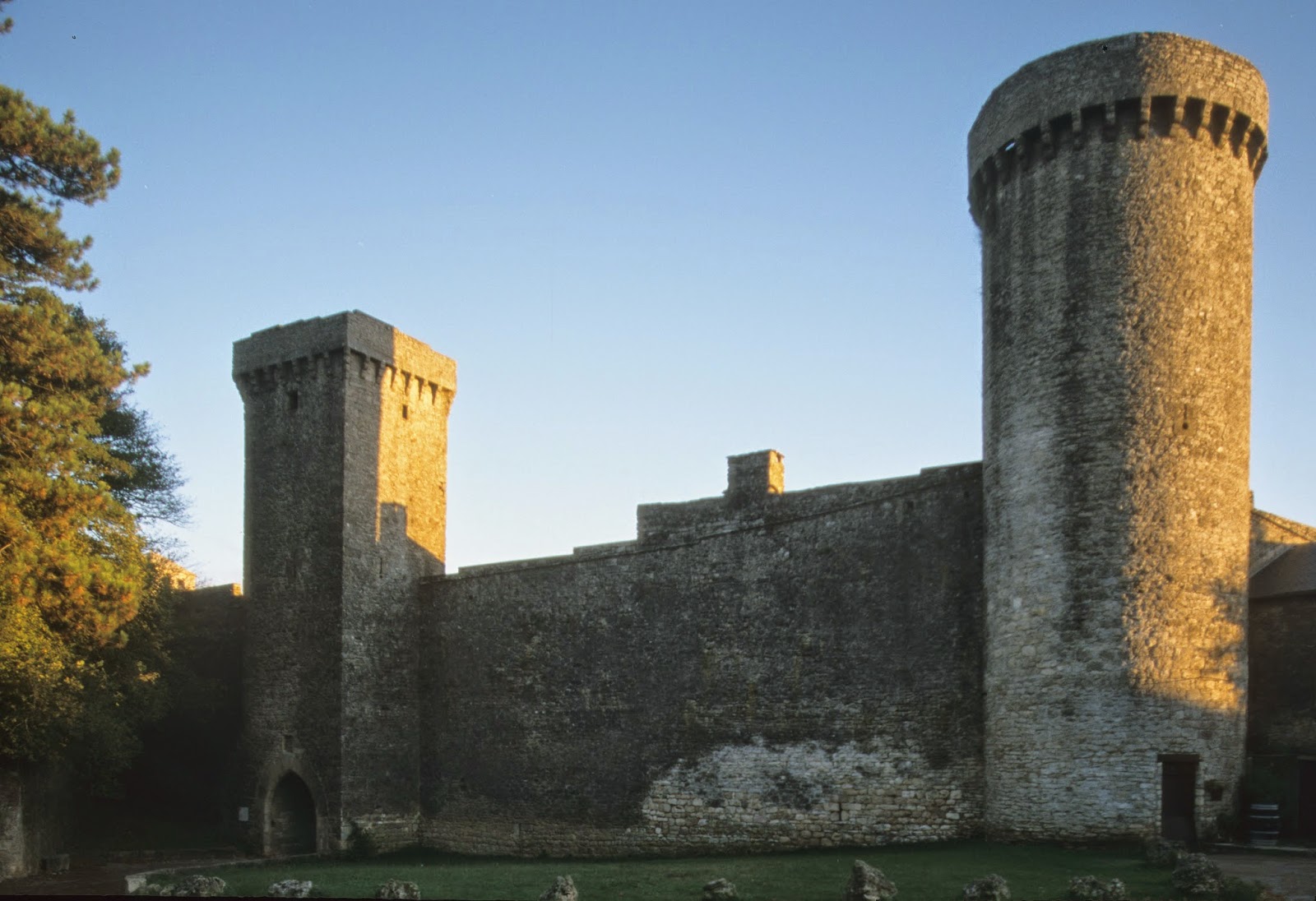 La Couvertoirade in particular and the Larzac in general prospered in the peace following the end of the 100 Years War in 1453. Many of the houses in La Couvertoirade date from this period. The characteristic houses have sheep folds on the ground floor and a flight of stone steps that leads to the accommodation above.

The walls protected the village again during the Wars of Religion. La Couvertoirade was besieged by the Huguenots and the siege  was only lifted when the bishop of Lodeve rode to its rescue in 1562. 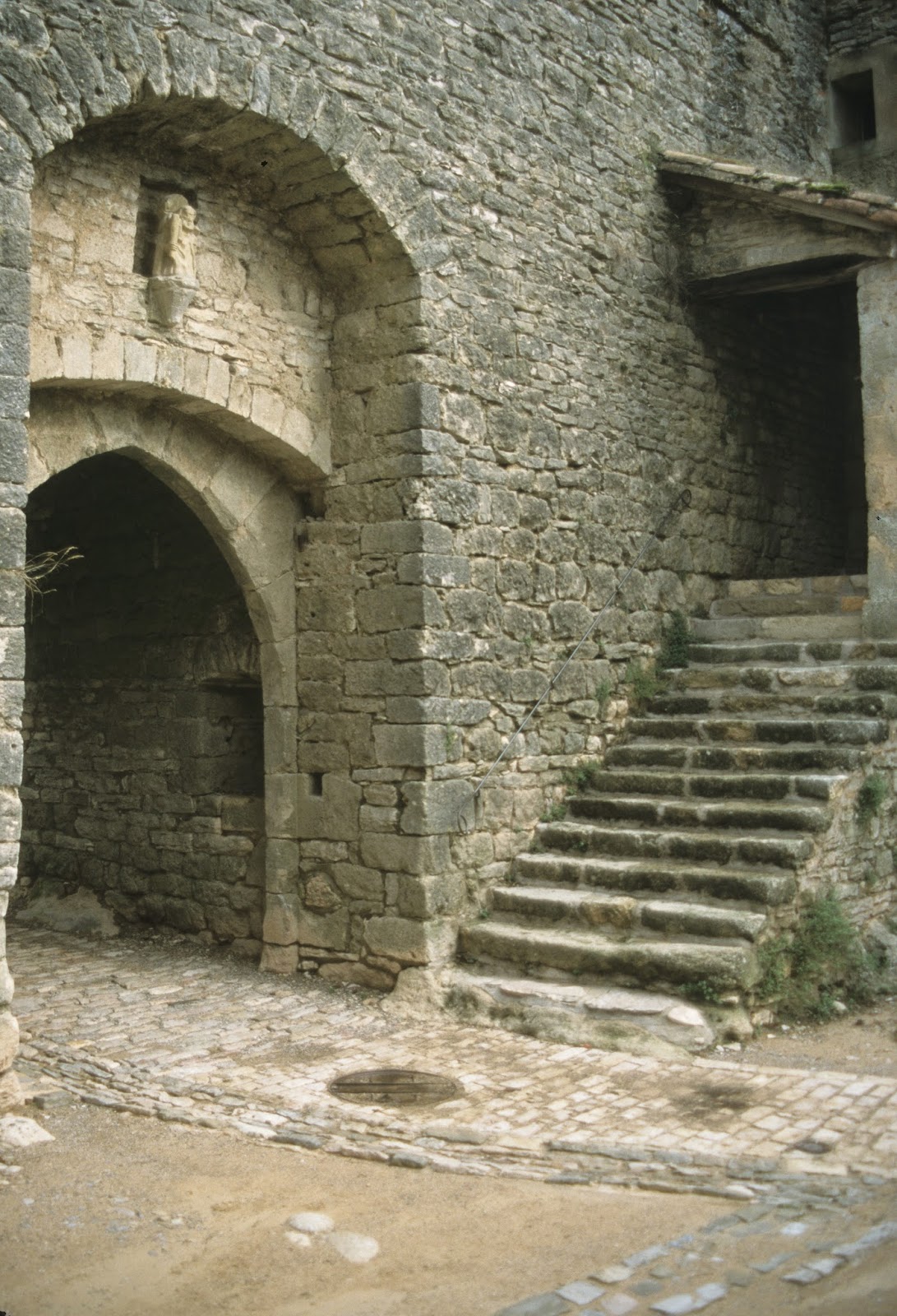 Along with all of the Hospitaller's properties in the Larzac, La Couvertoirade was able to prosper during the 15th, 16th and 17th centuries, as some of the beautiful houses in the village show. 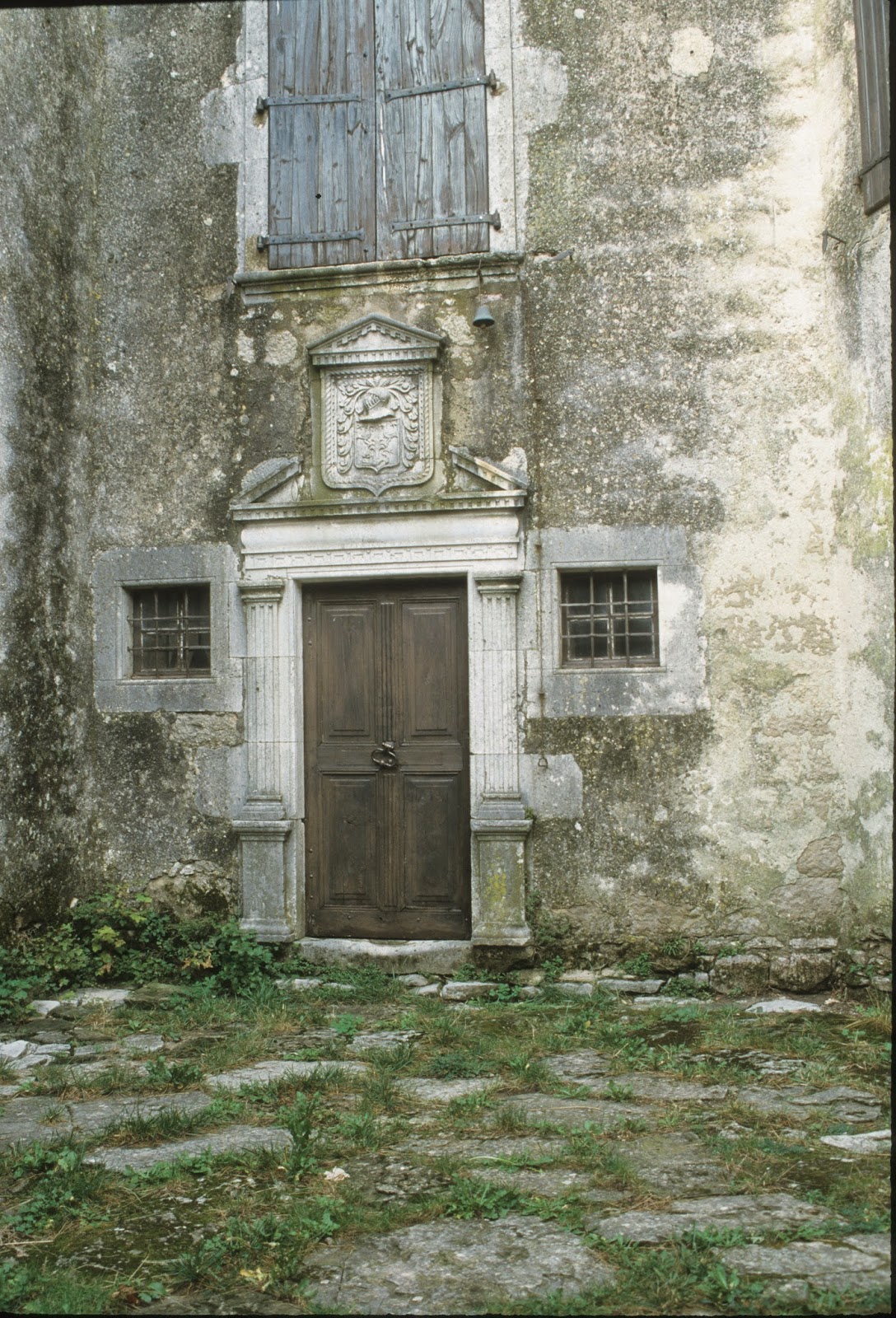 The last commander of Sainte-Eulalie and of La Couvertoirade was Fra' Riquetti Mirabeau. During the Revolution religious orders of the Church were abolished and the long ownership of  La Couvertoirade by the Order of St John was over
Posted by Jimmy Graham at 08:58 No comments: 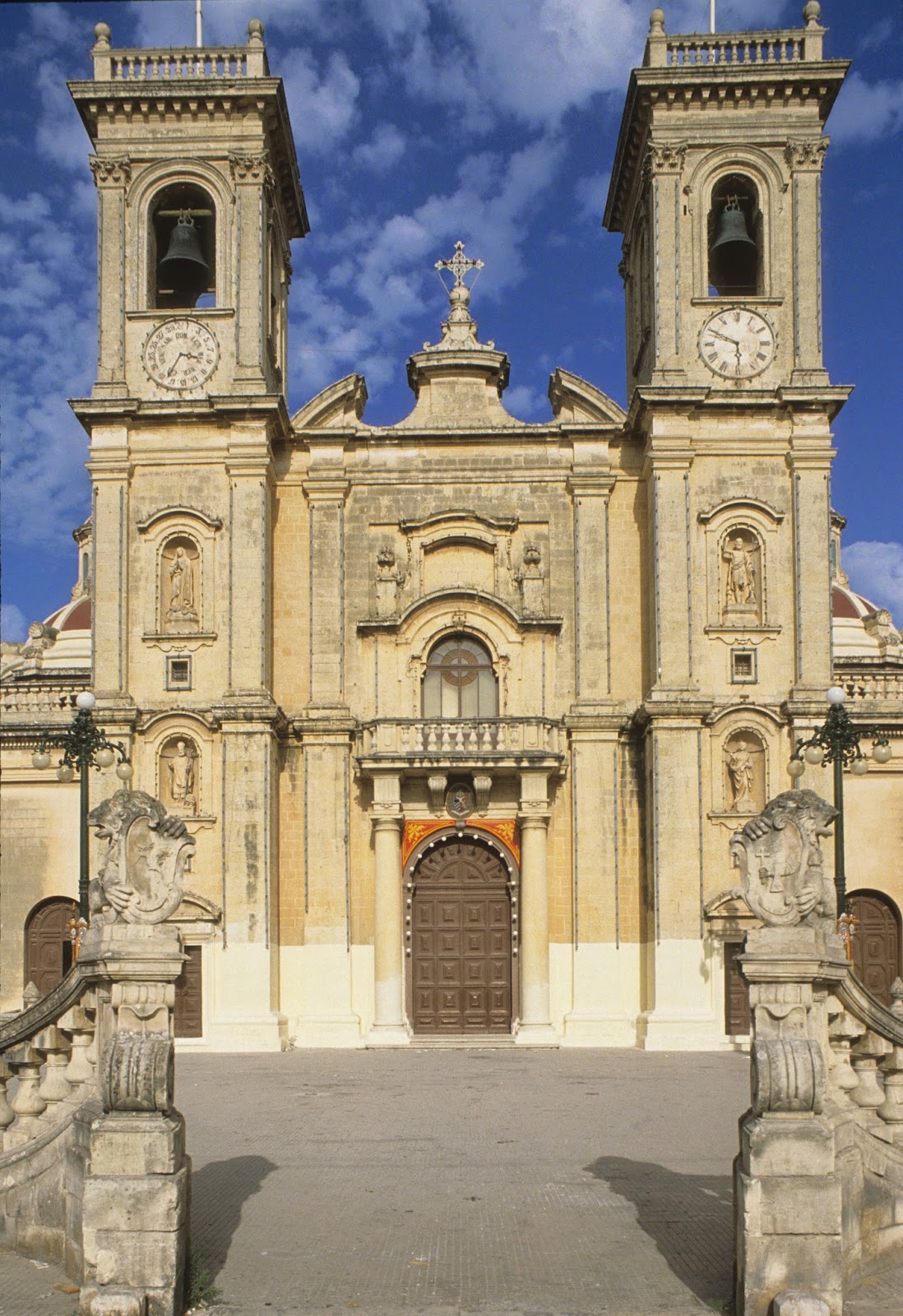 Posted by Jimmy Graham at 11:58 No comments: 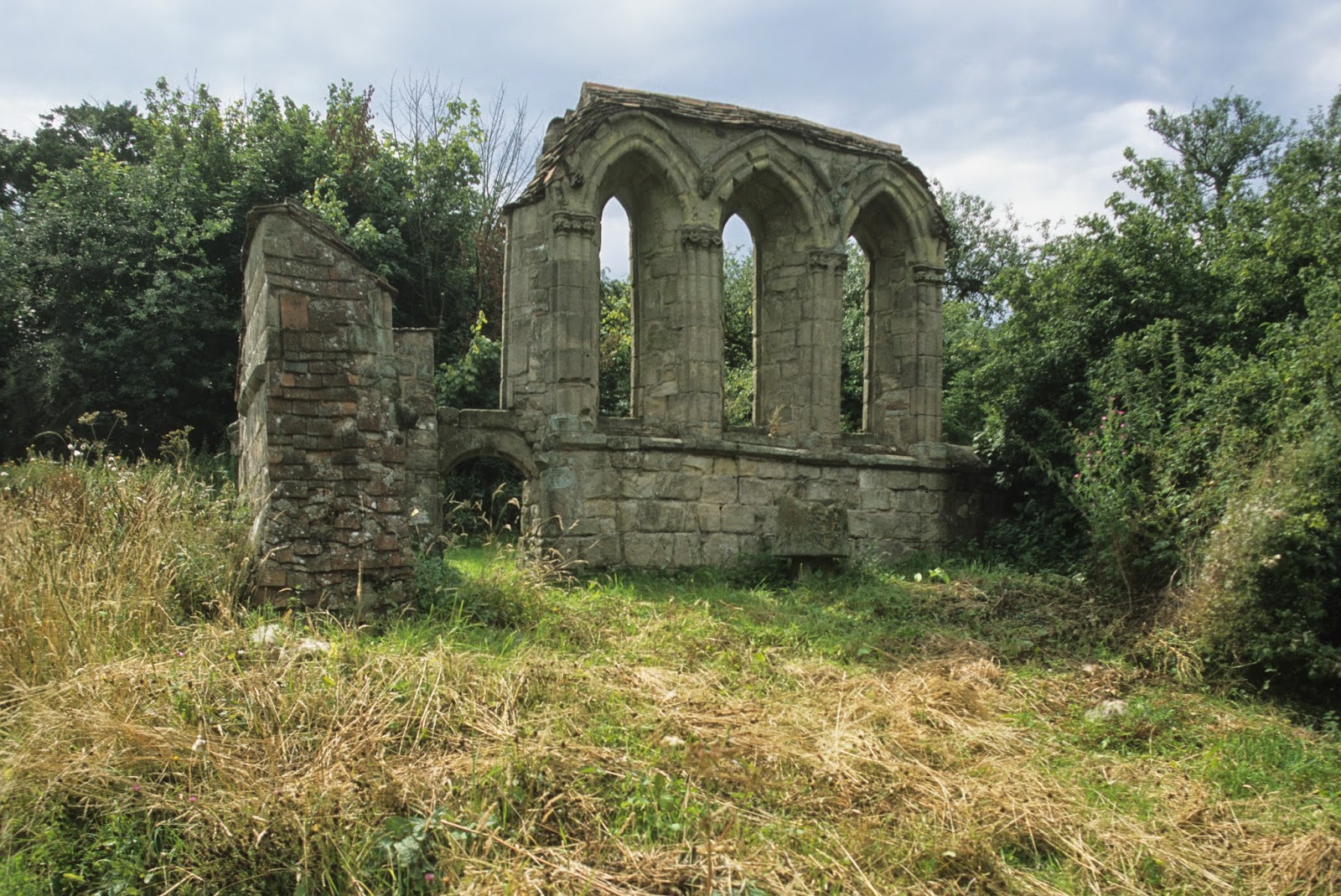 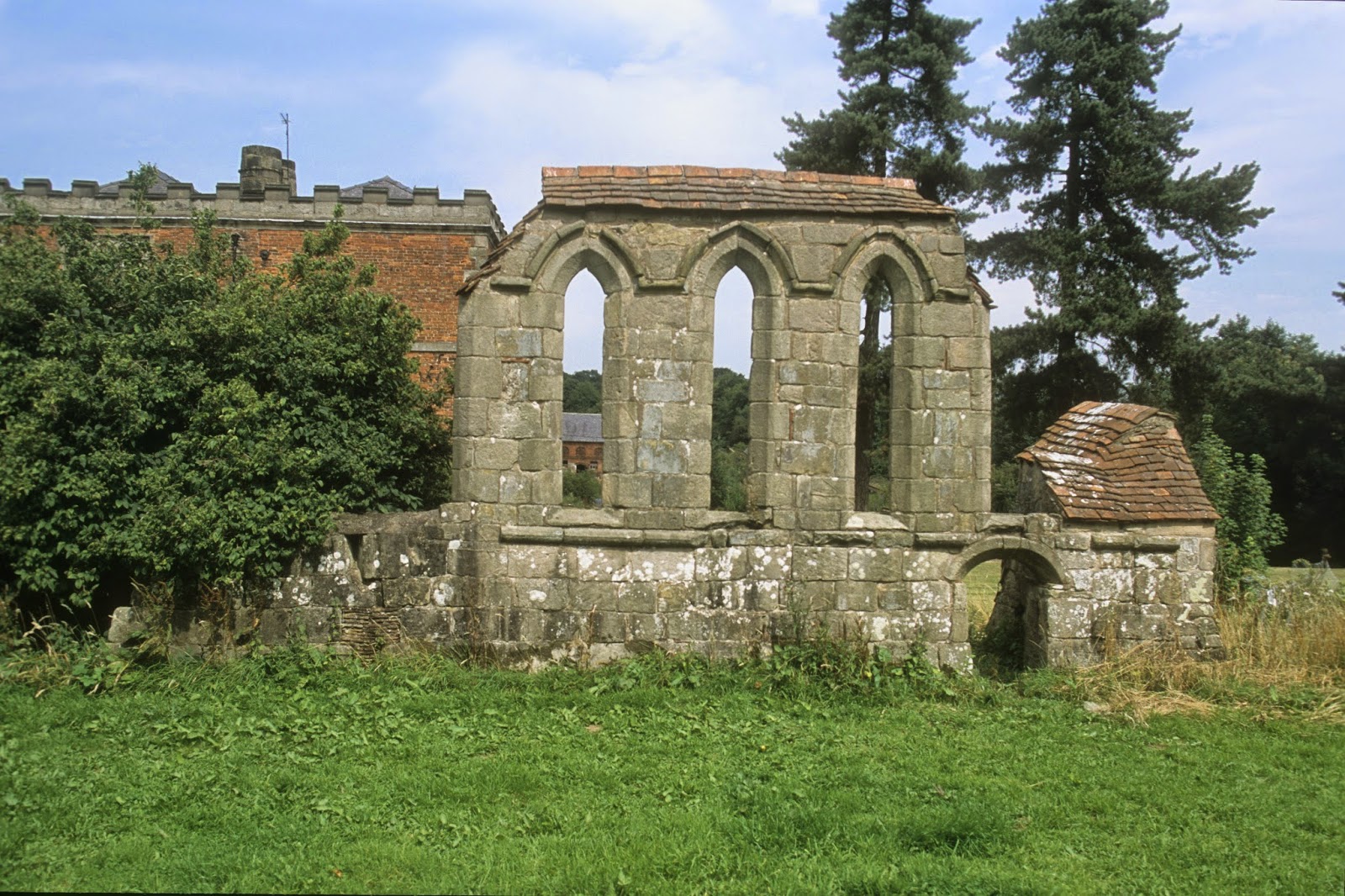 The Tudor mansion was erected on the site of the former commandery after the Dissolution.
Posted by Jimmy Graham at 13:01 No comments:

Annunciation of Our Lady, Balzan

The small village of Balzan was elevated to the status of a parish in the 17th century. The village was named  after Maximillian Balzan a Spanish merchant who settled in Malta in 1567. He was granted the land where the village now stands for services to the Order of St John.

The parish church dedicated to the Annunciation of Our Lady dates from the mid 17th century in the form of a Latin cross, with one belfry and an elegant dome. The foundation stone was laid in 1669 and the church was completed in 1693. The facade is rather unusual with elongated pilasters and rich lace-like decoration that give it a Spanish feel. 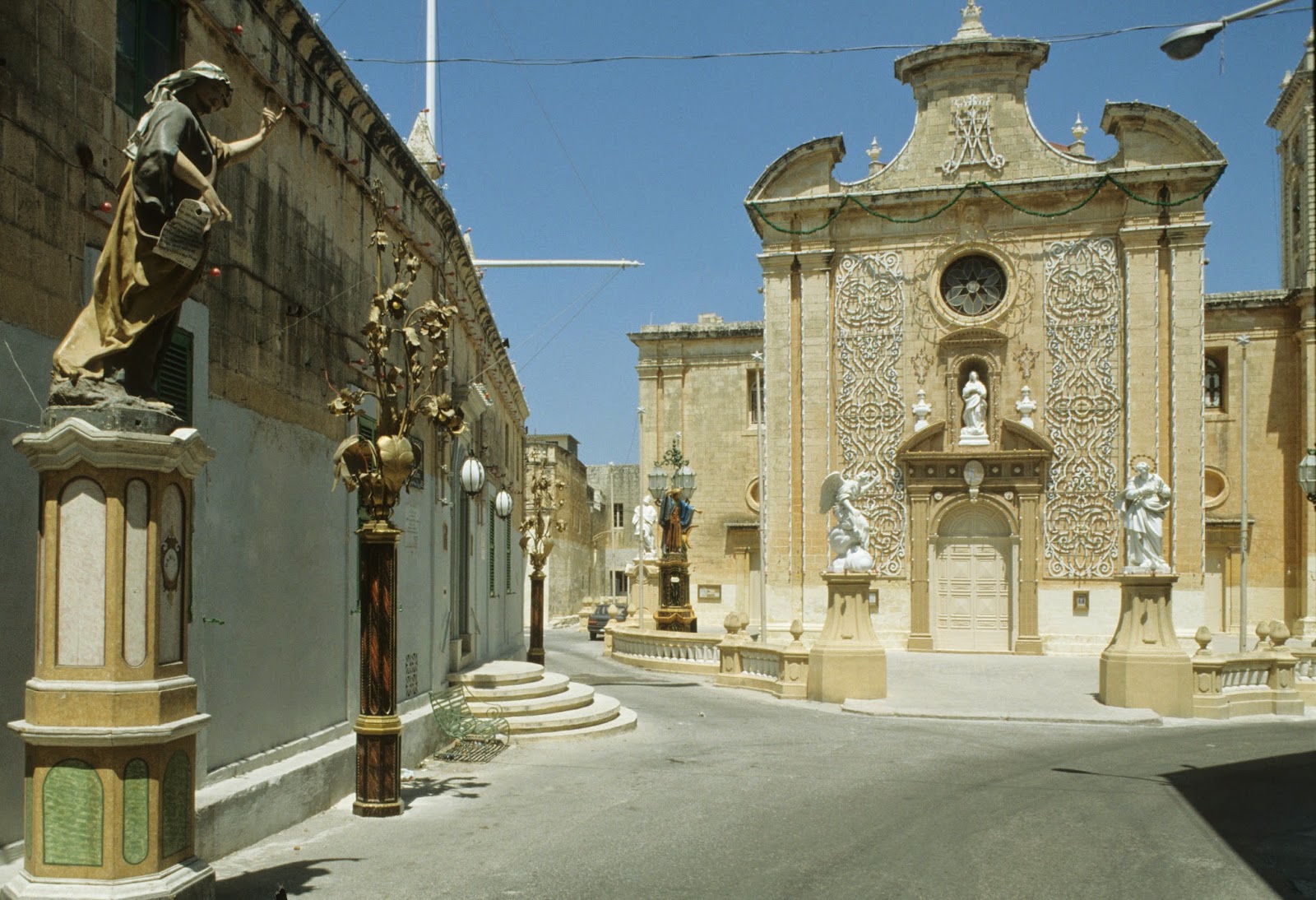 Posted by Jimmy Graham at 09:07 No comments: 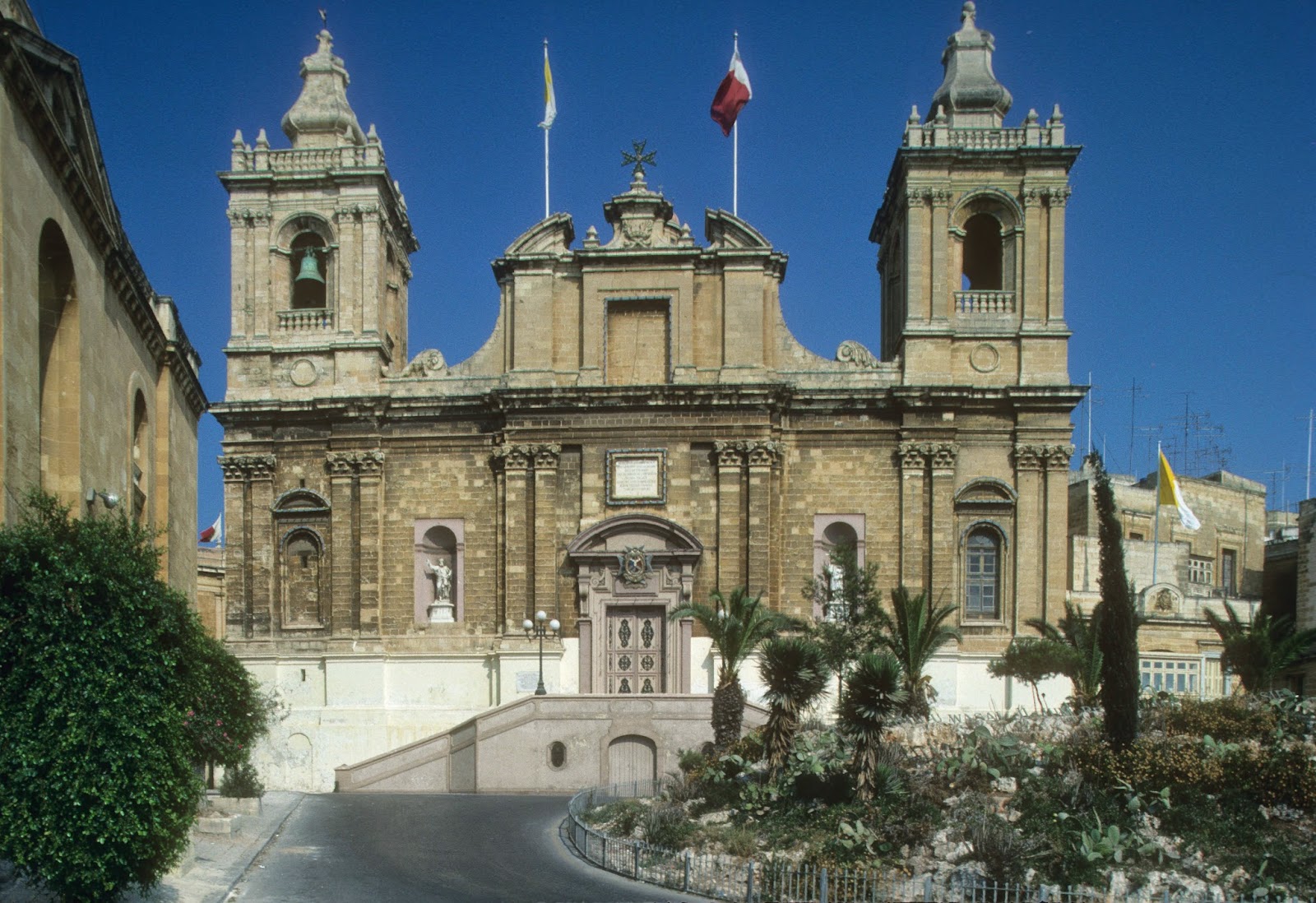