The isolated watchtower known as the Burj al-Sabi, or Boy's Tower stands on the edge of the precipice above the narrow coastal strip and the main road from Banias to Tartus in Syria. It was built by the Order of St. John at the same time c.1186, as they built the enormous fortress of Margat further inland. There was a wall that stretched from Margat right down to the seashore with a gate to control movement along the main road. This was the southern frontier of the Principality of Antioch, the second largest of the Crusader States and so the tower would have been used primarily for collecting taxes and tariffs from people and goods crossing to and from the County of Tripoli to the south. 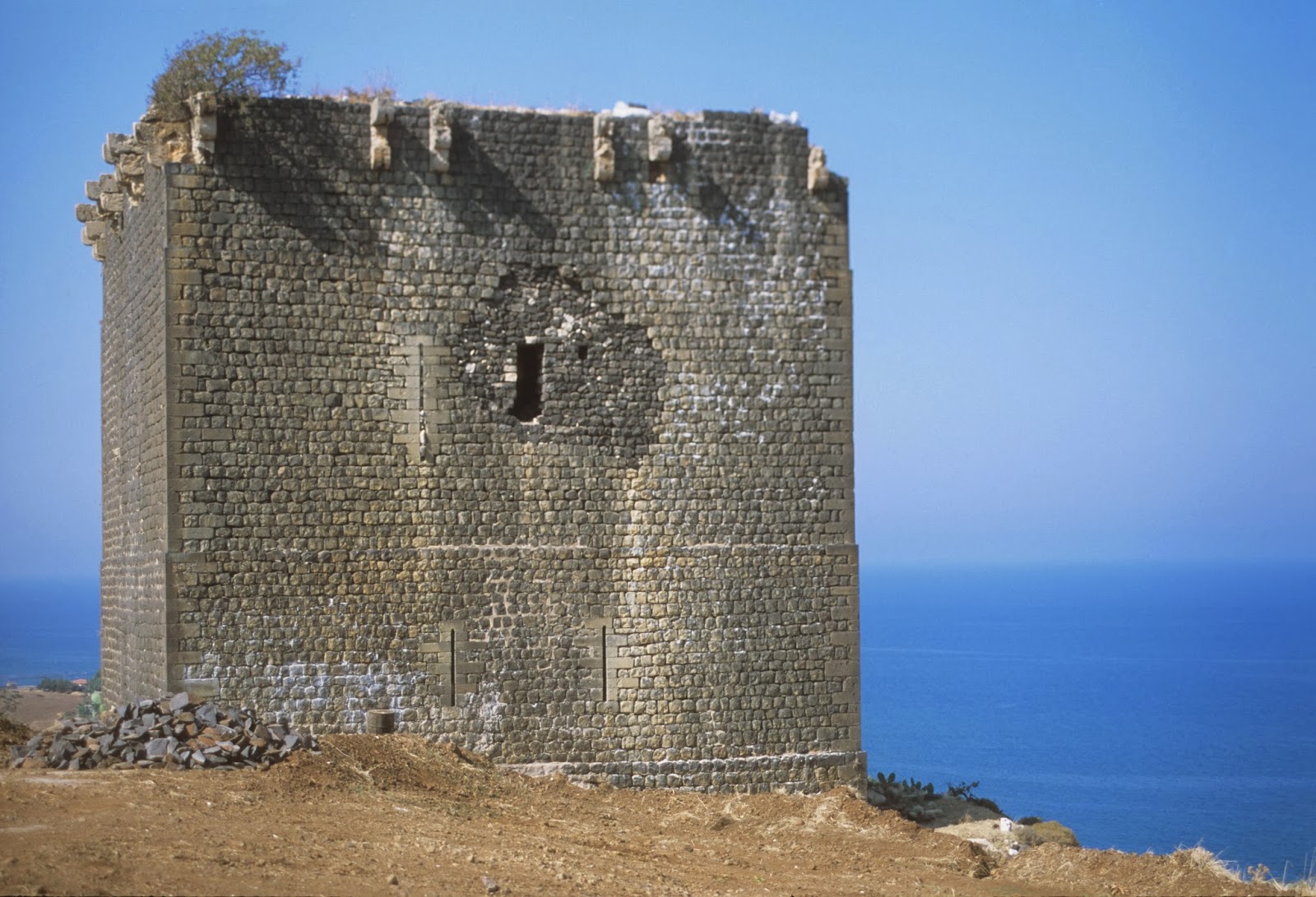 After Saladin's crushing victory at the Horns of Hattin in 1187, his  army on its triumphal foray to the north passed right under the walls of the Burj al-Sabi although it made no effort to take the tower. The Buj al-Sabi remained in the hands of the Hospitallers until the fall of Margat to the army of the Sultan Baibars in 1285.
Posted by Jimmy Graham at 01:30