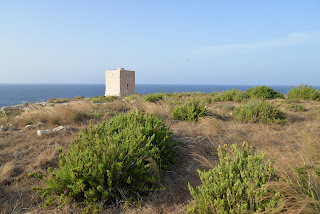 The towers were not intended to prevent an enemy from landing. They were an early warning system. Bonfires were to be lit on their flat roofs as a warning of an invasion and a combination of flags and gunfire were developed to pass on other information to the populace. 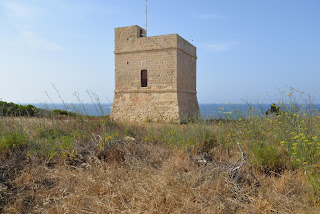 
Before the arrival of the Knights, the seas around Malta had been plied by pirates who frequently came ashore to pillage and plunder the countryside. Many of the older men were killed by the pirates who carried off the younger men and women to slavery on the Barbary coast. 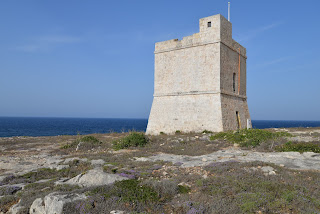 The de Redin Towers were all built to a similar plan. They were nine meters wide and approximately twelve meters high. Inside were two vaulted rooms, one on top of the other but with no internal access between them. Entry to the upper storey was by a wooden ladder. Although the walls are approximately three meters thick at the base, strong enough to withstand musket fire and an attack by a small raiding party, they would not have been able to withstand a sustained attack. 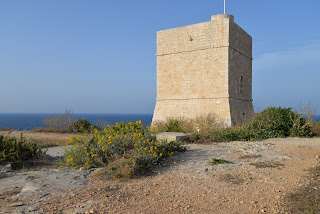 Each tower was guarded by four men who were paid for by the Universities of Notabile and Valletta and two guns provided by the Order. De Redin raised a regular Maltese corps of 4000 highly trained and well armed musketeers. In a letter to the Pope he wrote "The Maltese will defend their wives and children like lions. They are the best soldiers :strong, agile and fit to undergo the hardships of a campaign". 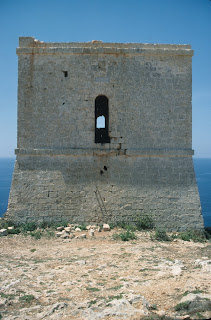 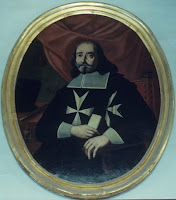