Our Lady of Victory, Valletta 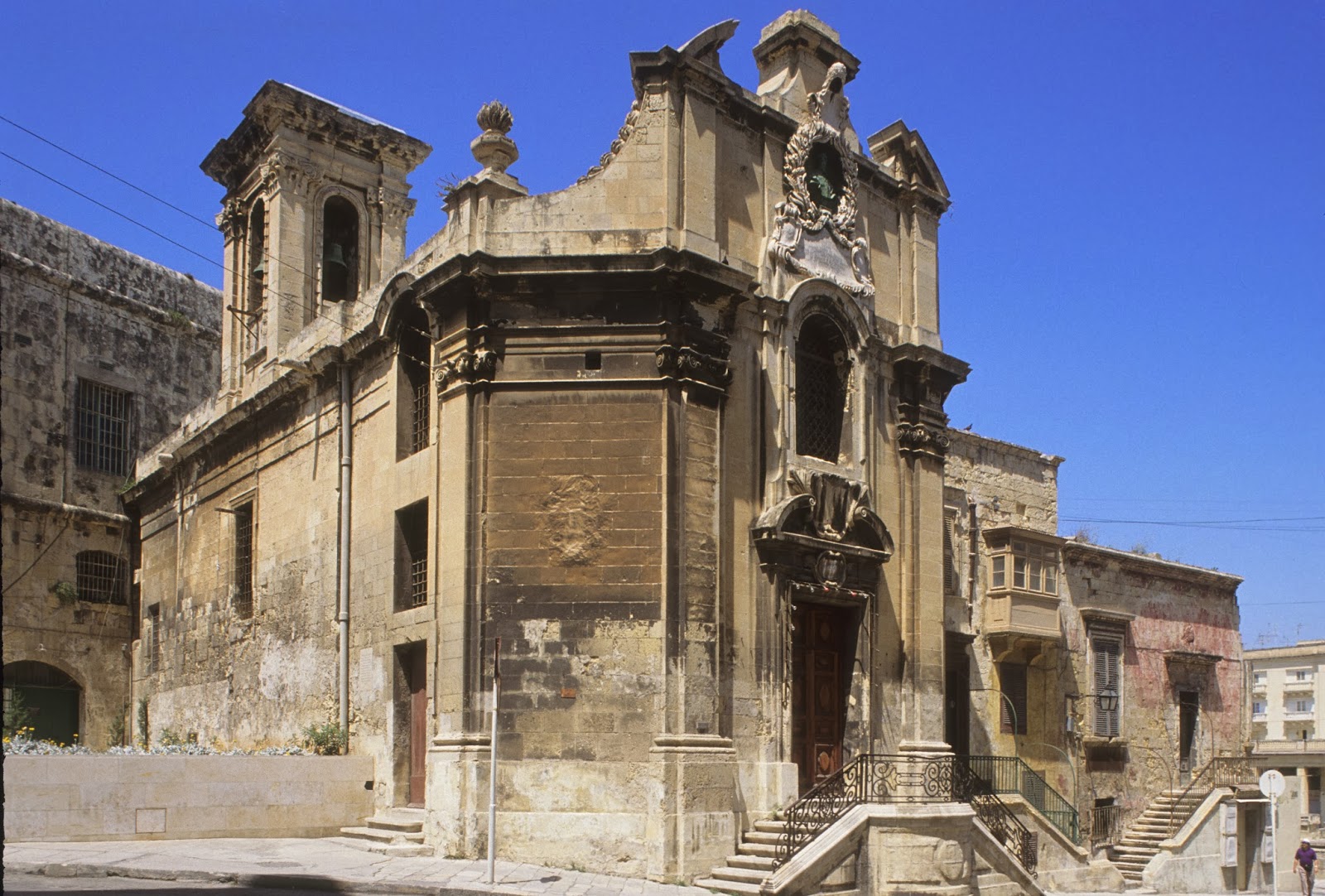 After the death of the hero of the siege, Grand master Fra. Jean de la Valette he was laid to rest in the Church, the first person to be buried in the city he had founded and was named after him..When the Church of St. John had been completed, his remains and those of Grand Master del Monte were reinterred in the crypt of the new church.

In 1617 Our Lady of Victory was raised to a Parish Church of the Order and the paintings of St. Anthony the Abbot and St. Anthony the Confessor which the Knights had brought with them from Rhodes and which had been kept at St. Anthony in Birgu (Vittoriosa) were moved to the church.

Originally  simple, the facade of Our Lady of Victory was remodeled in the Baroque style and the campanile was added in 1752. Grand Master Perellos commissioned the bronze bust of Pope Innocent XII that was placed on the facade, in recognition of his successful intervention in the dispute between the Bishop of Malta and the Prior of St.John's.