On 14 July 1608, the painter Fra' Michelangelo Merisi da Caravaggio was formally admitted as a Knight of Malta before the Council of the Order in Valletta. A mercurial charterer who had been forced to  flee Rome and sought refuge in Naples before arriving in Malta in July, he was the most famous artist of the day and a painter at the height of his powers.The Grand Master Fra' Alof de Wignacourt, a cultured man was keen to bring the most talented artists to Malta, to embellish Valletta and more specifically the Conventual Church of St John. Caravaggio was welcomed with open arms and showered with honours, even though he was an outlaw and a refugee. 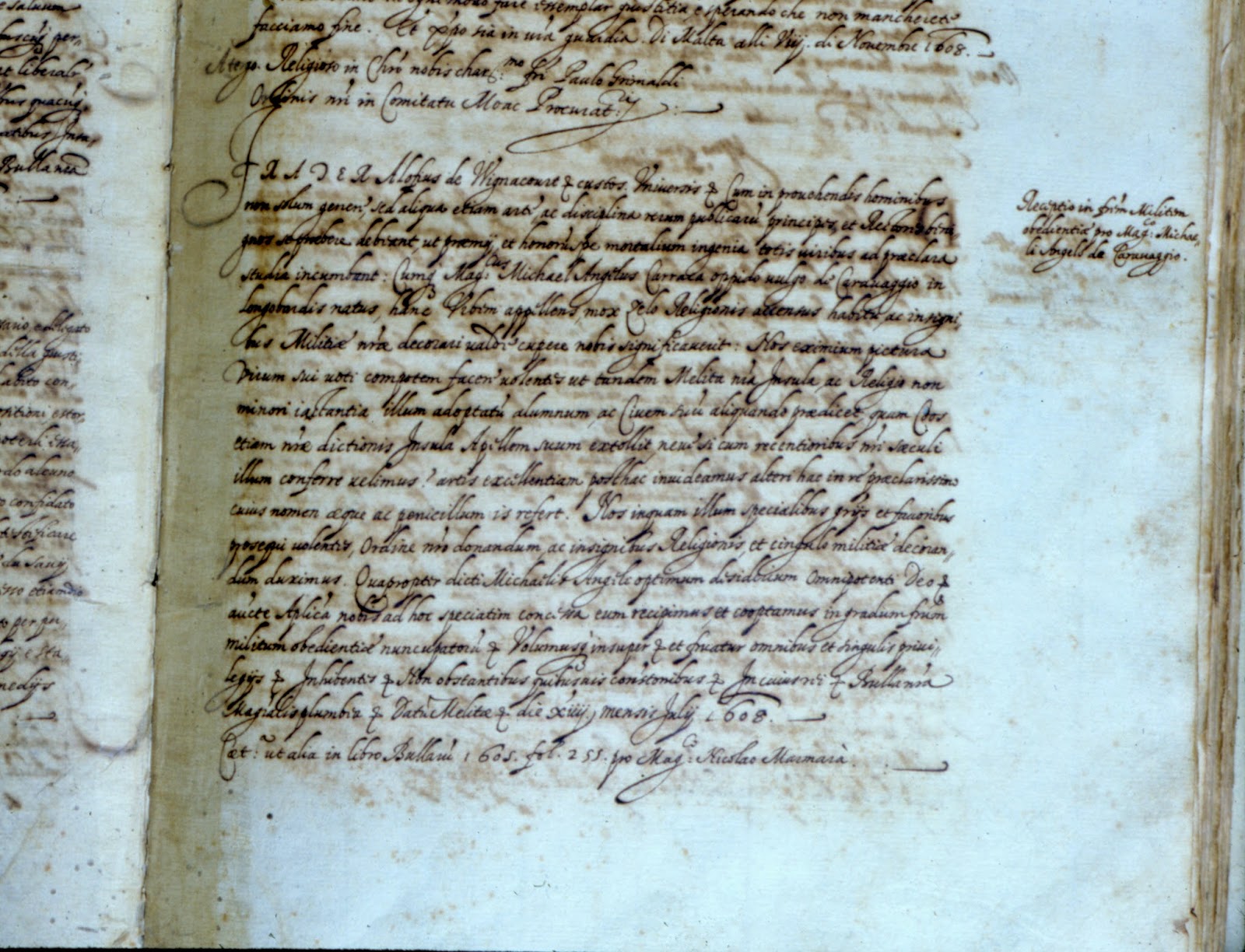 For his part Caravaggio had to  impress the Grand Master.  His first commission was a full-length portrait of the Grand Master, standing and wearing a suit of armour. The result gave the Grand Master such pleasure, that he advised the Council to admit Caravaggio as a Knight. The painting was taken by Napoleon in 1798 and now hangs in the Louvre. 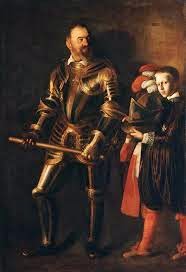 Seven works are attributed to Caravaggio during his stay in Malta. These include two portraits of Grand Master Fra' Alof de Wignacourt. Only the whereabouts of the portrait in the Louvre is known, the other depicting a seated Grand Master dressed in the magistral robes is known only from copies. 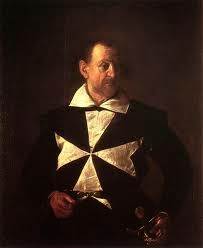 In recognition of the quality of his work the Grand Master commissioned him to paint the "Beheading of St John the Baptist" for the Oratory of the Conventual Church. (At that time the Oratory was still bare and had none of the ornate Baroque decoration and the painted ceilings and canvasses of Mattia Preti). The great canvas (361 cm by 520 cm) was painted in situ above the altar where it still hands today, in 1608 and finished by a fabulous carved frame bearing the Wignacourt coat of arms. The monumental painting, Caravaggio's largest canvas depicts the fallen Baptist at the feet of the executioner whose left hand grips the head of the saint, while his right hand draws a knife from its scabbard. From the blood spurting out of his neck the artist signed his name: "f. Michelang". As reward for this masterpiece Caravaggio was presented with a gold chain necklace and two slaves. 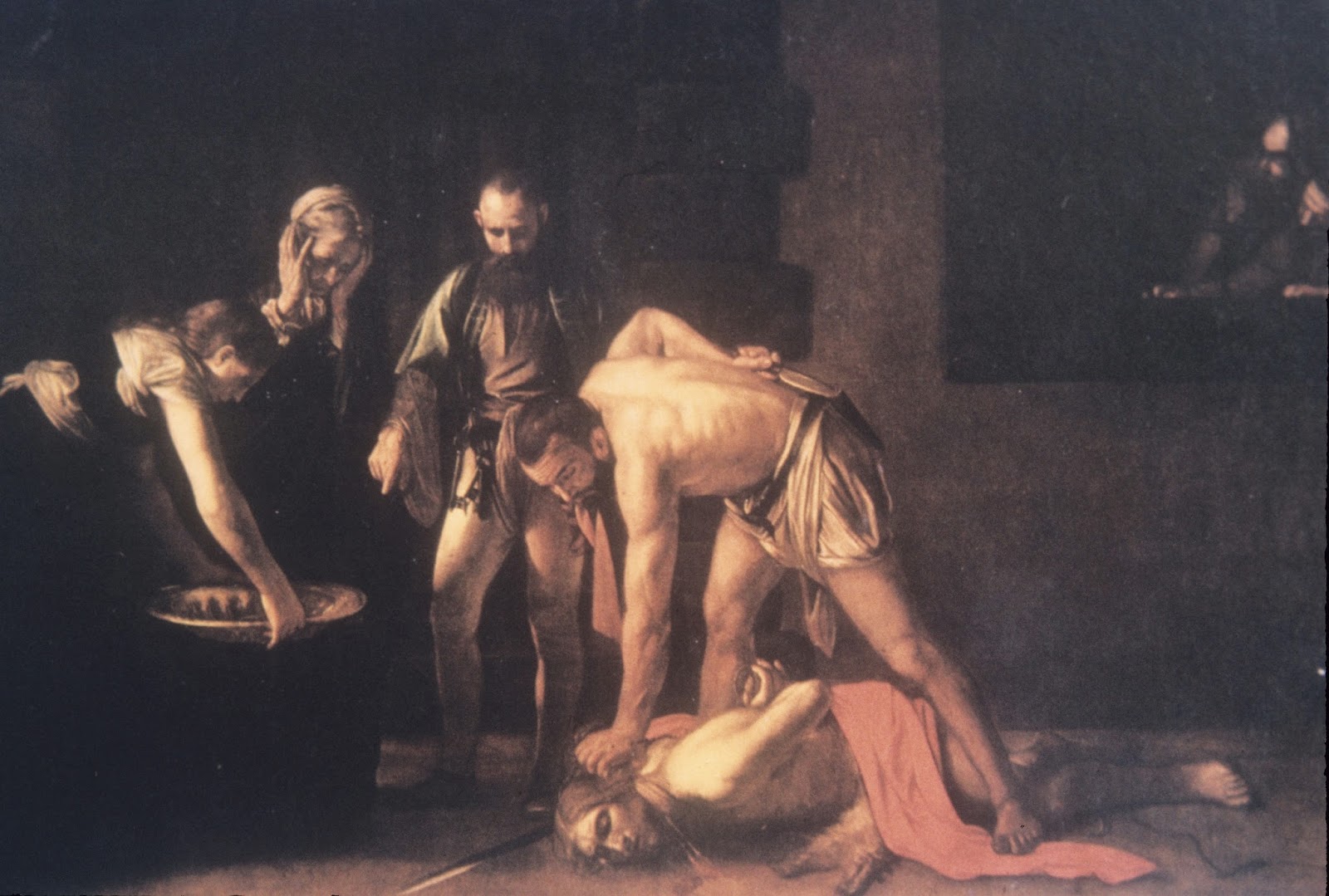 Caravaggio was commissioned to paint a "Saint Jerome" for the Chapel of the Langue of Italy in the Conventual Church by Fra' Ippolito Malaspina whose coat of arms appear on the right side of the canvas. 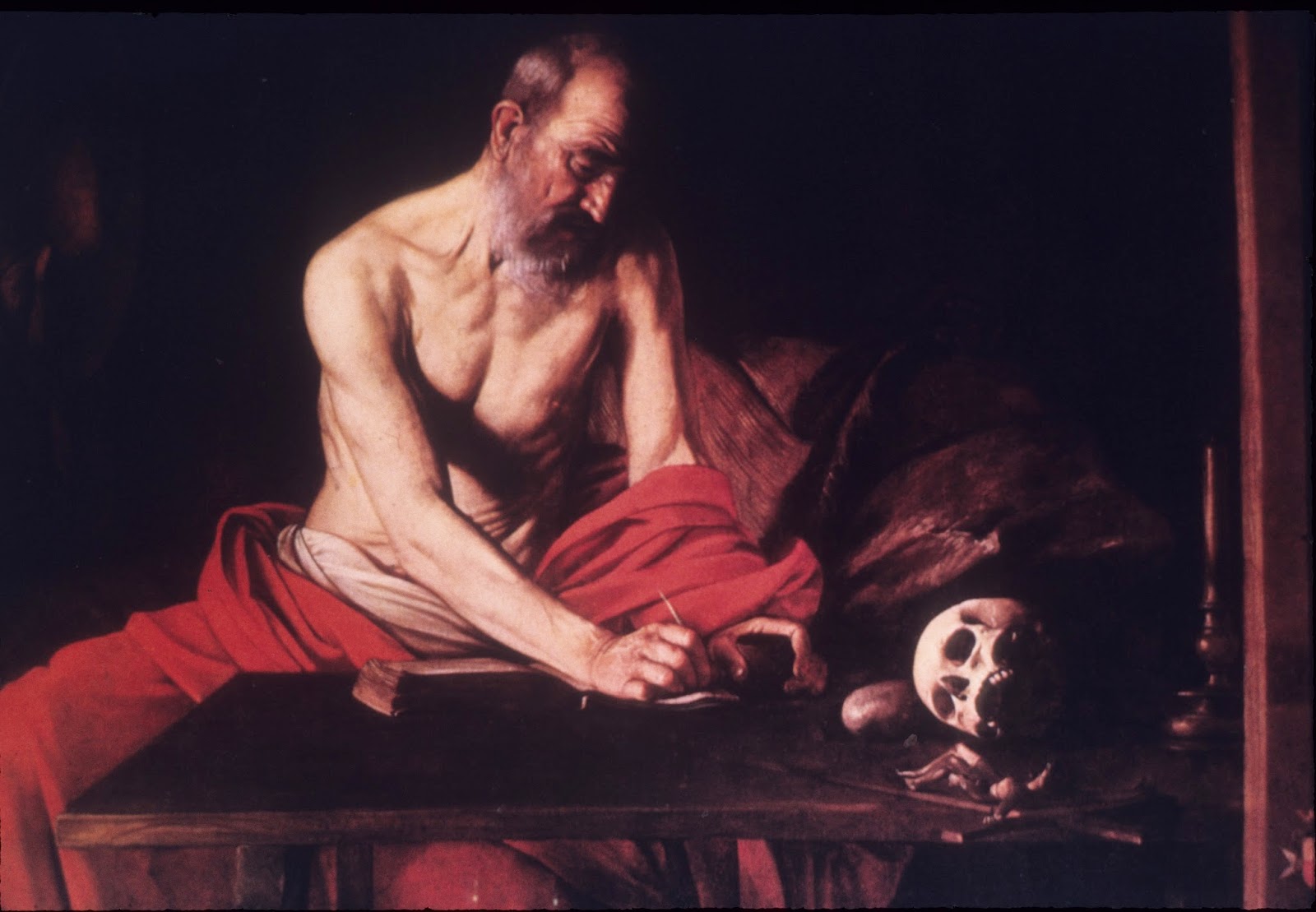 The whereabouts of a further St Jerome that was painted for the Magistral Palace, and a companion to the St Jerome of  St Mary Magdalene that was intended to hang in the Chapel of Italy opposite St Jerome are unknown.

The final painting known to have been produced by Caravaggio in Malta is "The Sleeping Cupid", inscribed on the back with the words "Opera di Michelangelo Marese Da Caravaggio i (n) Malta 1608" now hangs in the Galleria Pitti, Florence. 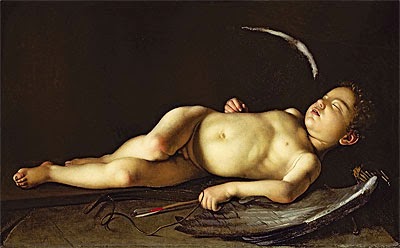 Caravaggio's stay on Malta was a short one. Some time between September and October 1608 he was seized and held in confinement in Fort St Angelo, at that time the state prison of the Hospitaller State. The reason for his apprehension is unknown but it is thought that he had an argument with a knight of justice. Others said his arrest was arranged by the artist's enemies who wanted to invalidate his membership of the Order by exposing his presumed killing of Ranuccio Tomassini in Rome. Whatever the reason for his imprisonment Caravaggio was mysteriously freed soon after. No sooner than news of his arrest spread through Valletta than Fra' Hieronomus Varoys, procurator of the Treasury  announced to the Grand Master that the artist had escaped from the dungeons "with such a speed that he could not be undertaken." and fled to Sicily. A murky business.

On 6 October 1608 a commission was set up to consider Caravaggio's crime and to see "with all due diligence" that Fra' Michelangelo be sought for and "summoned to appear before the Council". It is not known what the results of the Commission's investigations were. On 20  November 1608, the Grand Master and the Council convened a general assembly of all the members of the Order serving at the Convent in Malta to try Caravaggio in absentia and to judge him accordingly.

The trial lasted until 1 December 1608 when the General Assembly comprising all the Bailiffs, Priors, Commanders and  Brothers of the Order assembled in the oratory of St John's beneath Caravaggio's masterpiece unanimously decreed that Michalangelo Merisi da Caravaggio be struck off from the Order's annals and expelled tanquam membrum putridum et factidus (like a corrupt and fetid limb). 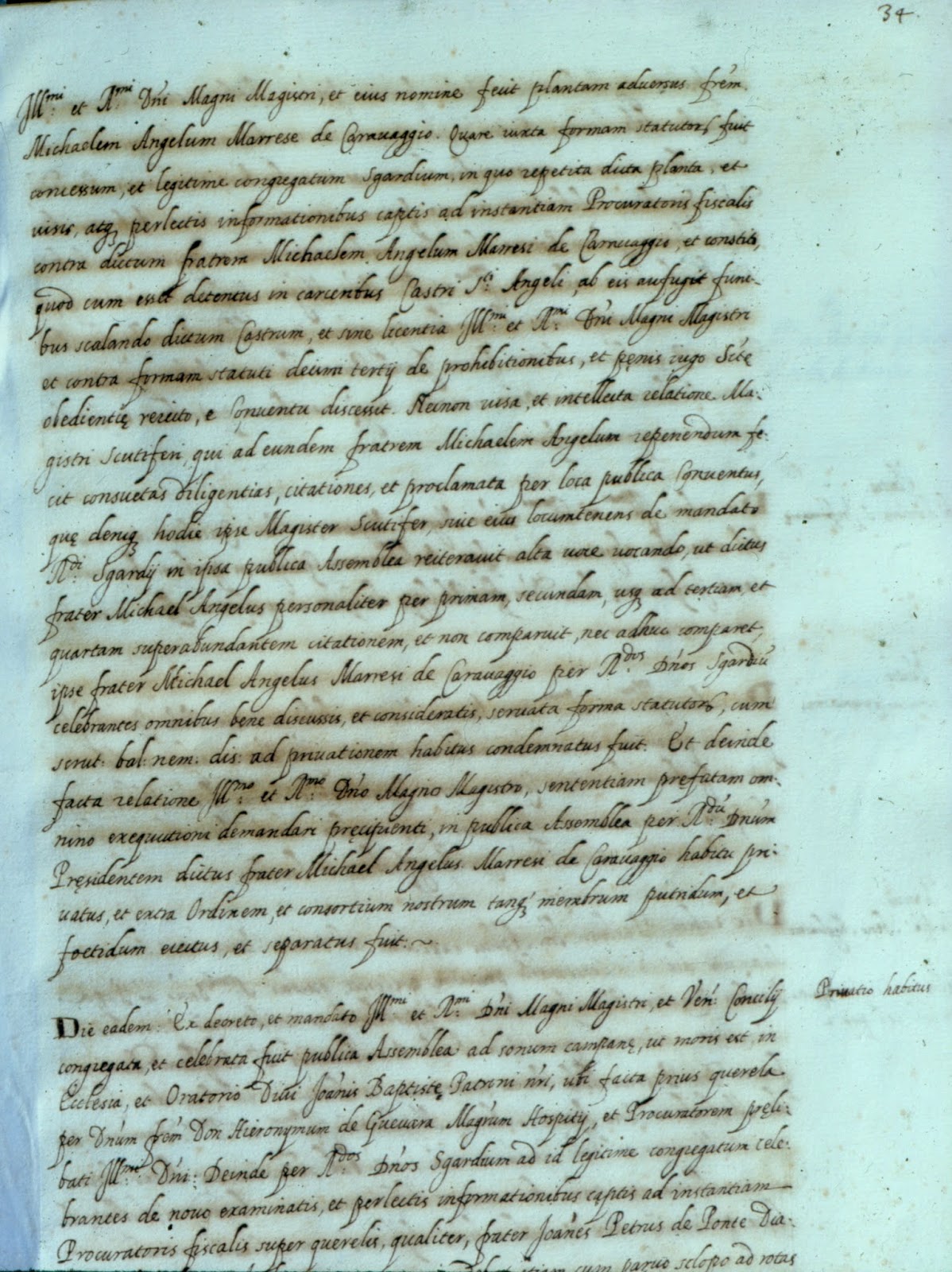