The Palace Armoury owes its origin to a Statute of Grand Master de la Sengle of 1555 which required that all arms and armour belonging to the Knights of St John were to become the property of the Common Treasury,  to be maintained  for the defence of the Convent. In 1604 Grand Master Fra' Alof de Wignacourt transferred the Order's Arsenal from Vittoriosa to the Magistral Palace in Valletta. 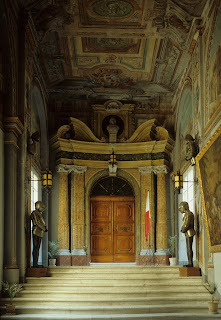 Under the rule of Fra' Manuel Pinto de Fonseca (1741-1773) the Armoury moved into the magnificent  first floor gallery in the Palace where it stayed until the modern era when the hall was taken over by the Maltese Parliament.  In Pinto's day the Armoury contained  arms for 25 000 men, but the procurators of the Common Treasury in 1763, directed that the Commandant of the Artillery was to clear  the Palace Armoury of old and obsolete weapons, and that henceforth it was to be used only for new equipment. By the end of the 18th century the Armoury was used  for the display of trophies and historic weapons. What had originated as an arsenal of weapons for use had become an Armoury of Honours (Armeria di Rispetto) to preserve and display the insignia of the Knight's  victories.


The arrival of Napoleon dealt the collection a grievous blow with so items dissapearing that today only 5 721 pieces are left on display in the former stables of the Palace. Although only a fraction of its original size the Armoury still contains an unprecedented collection of pieces of Italian, French, Spanish and German armour. The collection also holds pieces of Islamic and Ottoman arms and armour. Apart from the massed arms of the common soldiers the collection also holds some of the armour that had protected the nobility.

The most  splendid suits of armour date from about 1550-1620 and are connected with some of the Grand Masters and Grand Commanders of the Order. These dignitaries only wore armour of the highest quality, lavishly ornamented, commissioned at the best workshops in Europe. One of them is a complete suit of German armour, about 1550, reputed to have been worn by Grand Master Martin Garzes (1596-1601). 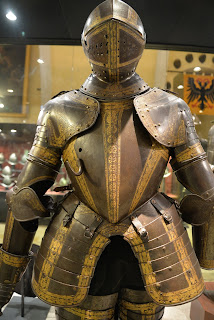 There is a Milanese suit of armour, about 1580 that belonged  to Grand Commander Fra' Jean Jacques de Verdelin (1590-1673) and was worn by him in the portrait now hanging in the National Gallery, 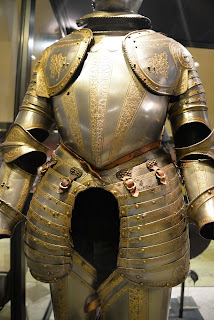 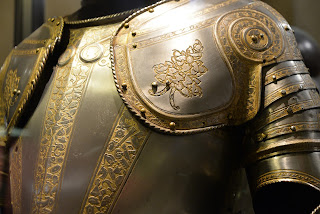 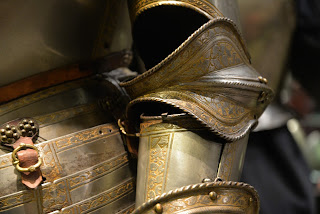 The collection includes a suit of half armour with morion and round shield in the style of the famous armourer Pompeo della Chiesa of Milan, c 1550 traditionally associated with Grand Master Valette. 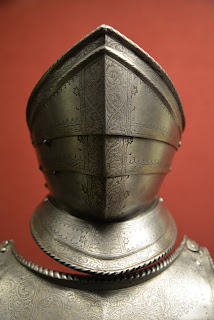 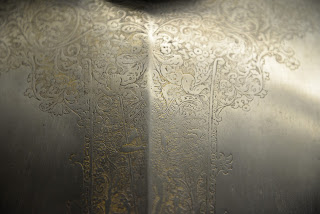 The most sumptuous suit of all is  that of Grand Master Fra' Alof de Wignacourt (1601-1622) in which he was portrayed by Carravaggio. The Wignacourt armour formed a large garniture, a set of many pieces in a homogenous style, used for battle, tournament or display. 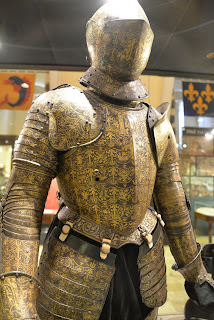 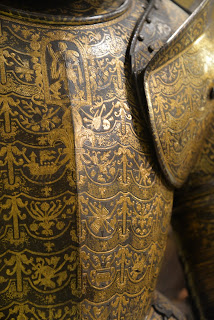 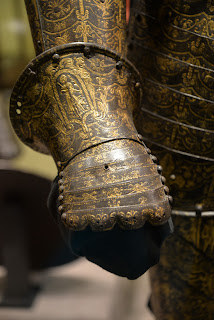 Of the horse armour belonging to the garniture only the chanfron is extant. in the Milanese style of about 1600, the surface of the armour is russeted, etched and gilded, and scales, floral and armourial motifs are appliqued. 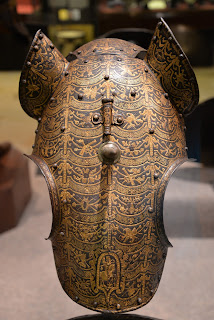 The greater part of the collection consist of battle pieces, arms and armour from the brilliant period of the Order between 1560 and 1600. This is what makes the collection unique. There is little doubt that these pieces are the actual equipment of the numerous knights and soldiers who fought in the Order's wars.

Hundreds of peaked or combed morions that were in general use by pikemen and musketeers survive in the Armoury. 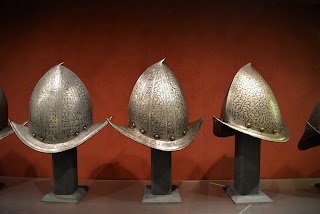 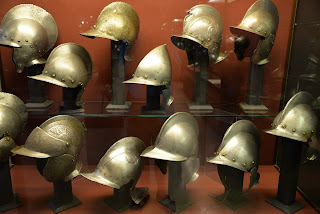 Besides the morions the burgonet type of helmet, usually of buff, was very popular. There are also examples of the distinctive Savoyard helmet. 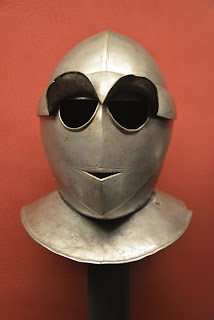 There are many cuirasses, collars, pauldrons, vambraces and tassets for the use of the heavy infantry. Some of them are of smooth bright steel without decoration, others are adorned with simple embossed volutes. There is also a large group of armour pieces ornamented with Italian style etching with grotesque and scroll work, with sprays of leafwork, with medallions of ancient and allegorical figures, or, most numerous, with bands of armorial trophies. The same design is often repeated. The design is rarely found elsewhere so it can be assumed that these pieces of armour were commissioned by the Order, in large consignments from North Italian workshops, to be manufactured at the same time, in a common manner.

There are also a few examples of a special form of light and movable cuirass, made of overlapping horizontal lames, called "anime", which were probably for galley service, and also waist-coat armour which imitates civilian doublets. 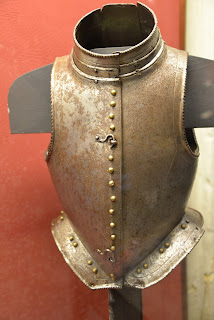 Among the offensive arms, rapiers and staff weapons were in general use by the infantry in the field, on walls and in the galleys. Extremely long rapier blades were not only carried on horseback; they were effectively used in wall defence. 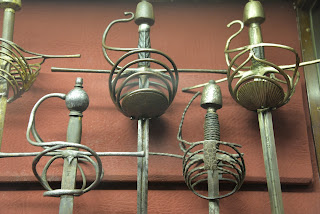 The firearms of the Armoury, flintlock guns and pistols of Italian, French, Spanish and German origin, are from the late 17th century. The early matchlock muskets, the basic weapon of the Great Siege, have vanished. Only rows of powder flasks and primers left over from the period remind us of the fame of Maltese musketeers. 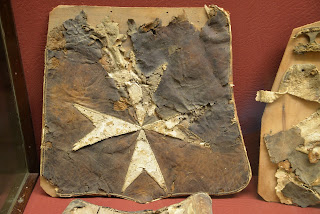 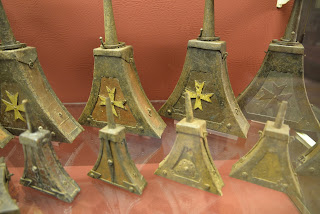