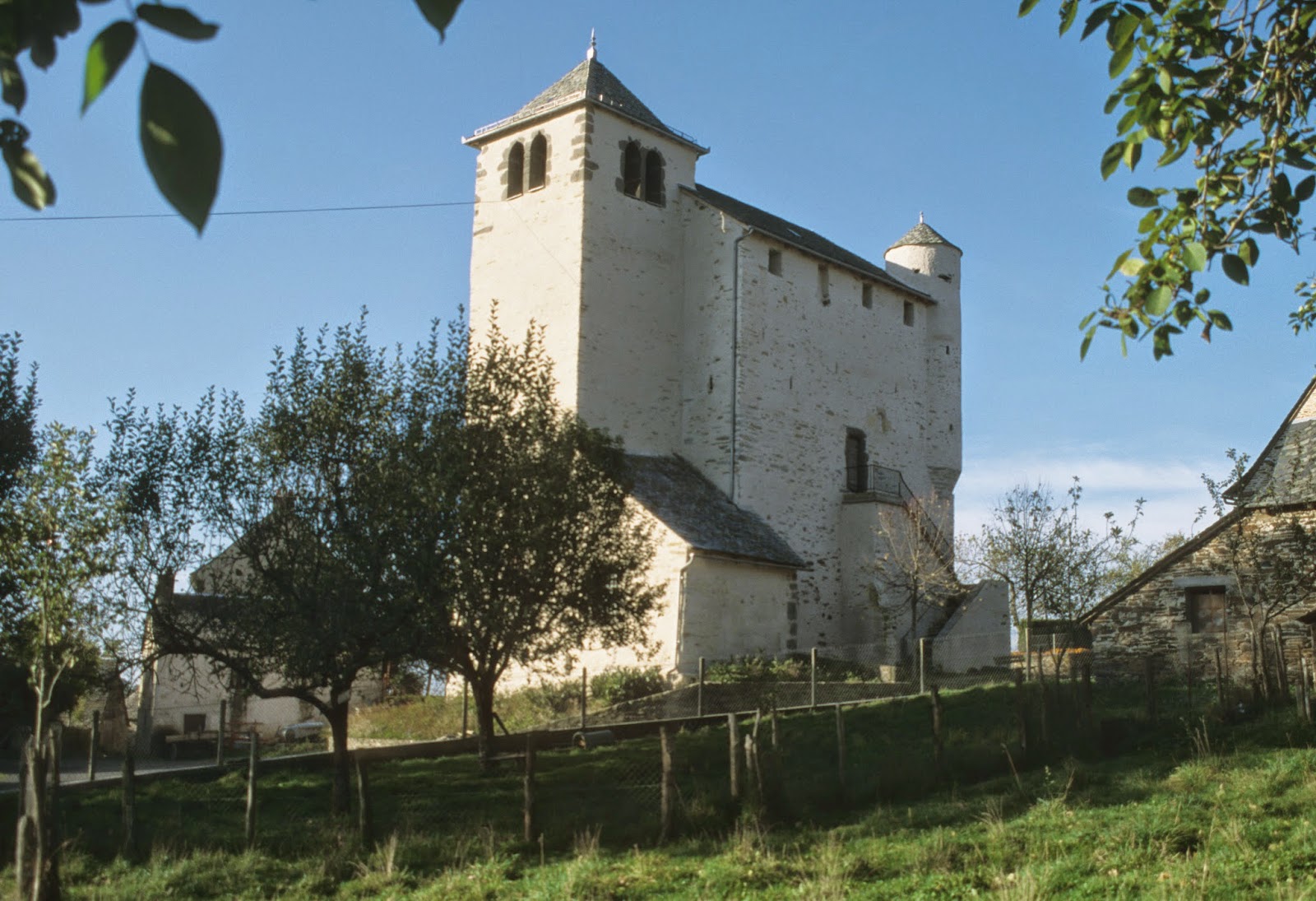 Posted by Jimmy Graham at 13:07 No comments: 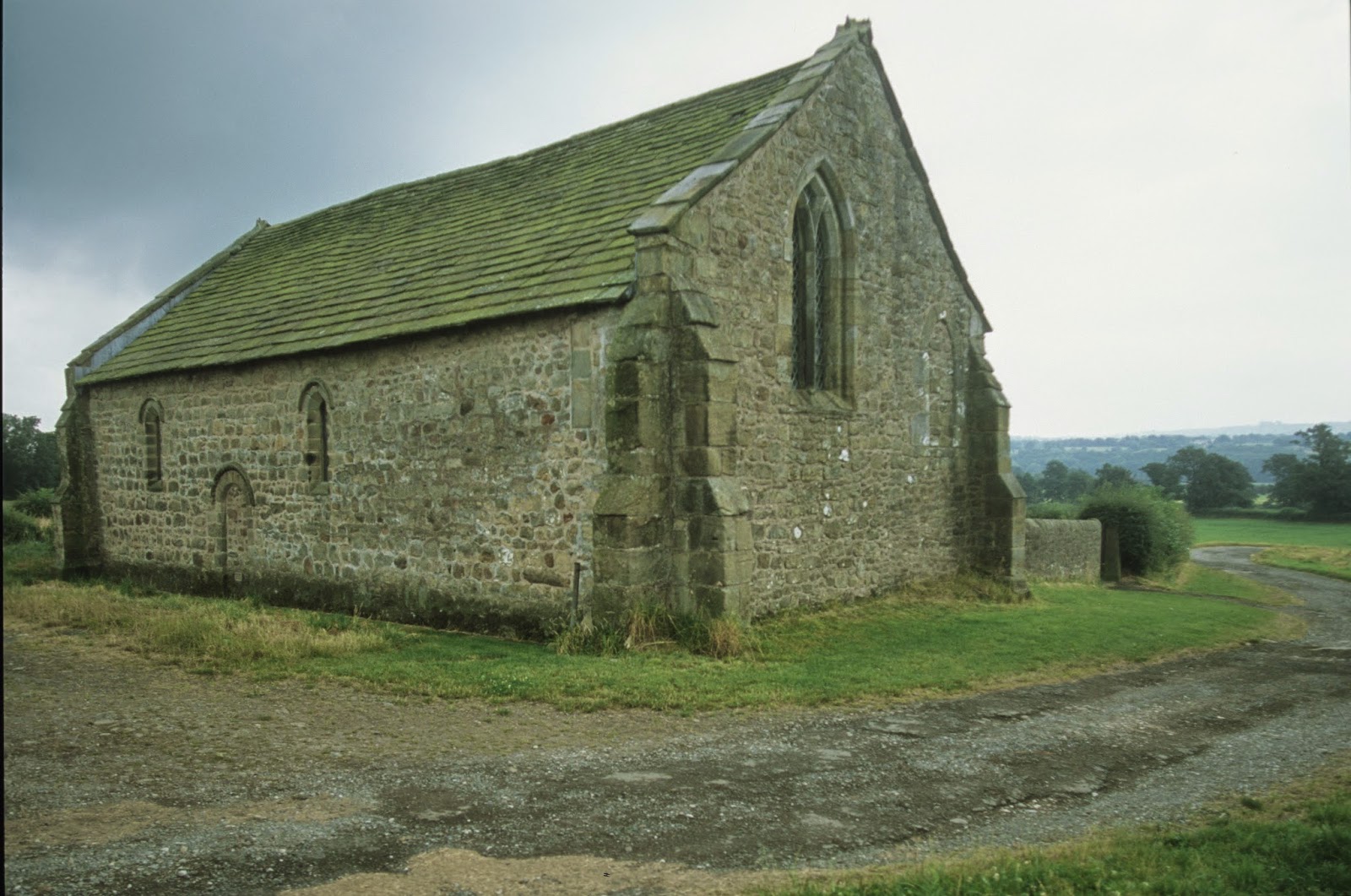 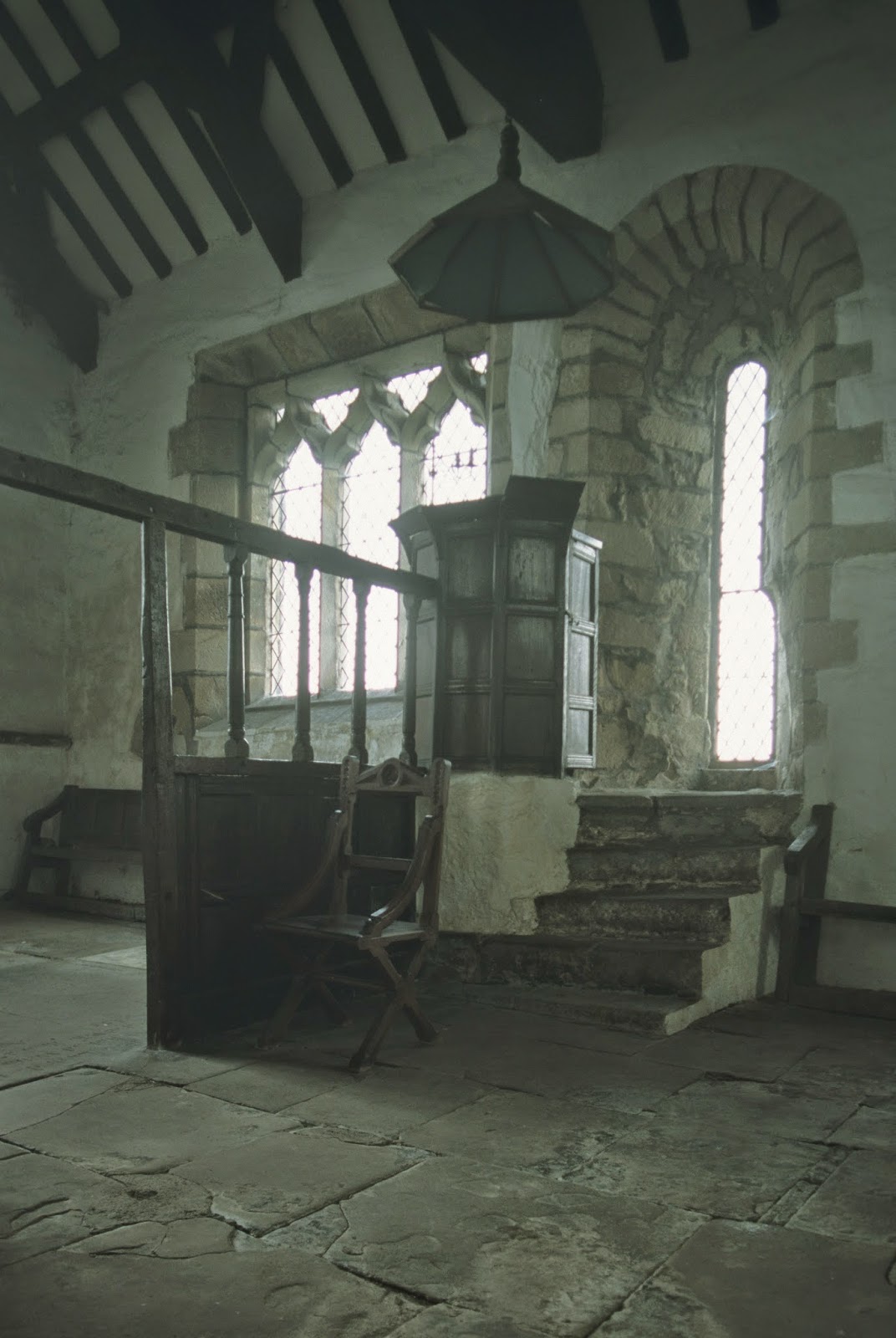 On the South wall is the main door, the fine oak nailed-studded door is original.  The straight headed windows of three lights date from the 15th century and came from St Wilfrid's Church in Ribchester and were installed in the 17th century. The oak screen and pulpit are 17th century.
Posted by Jimmy Graham at 10:11 No comments: 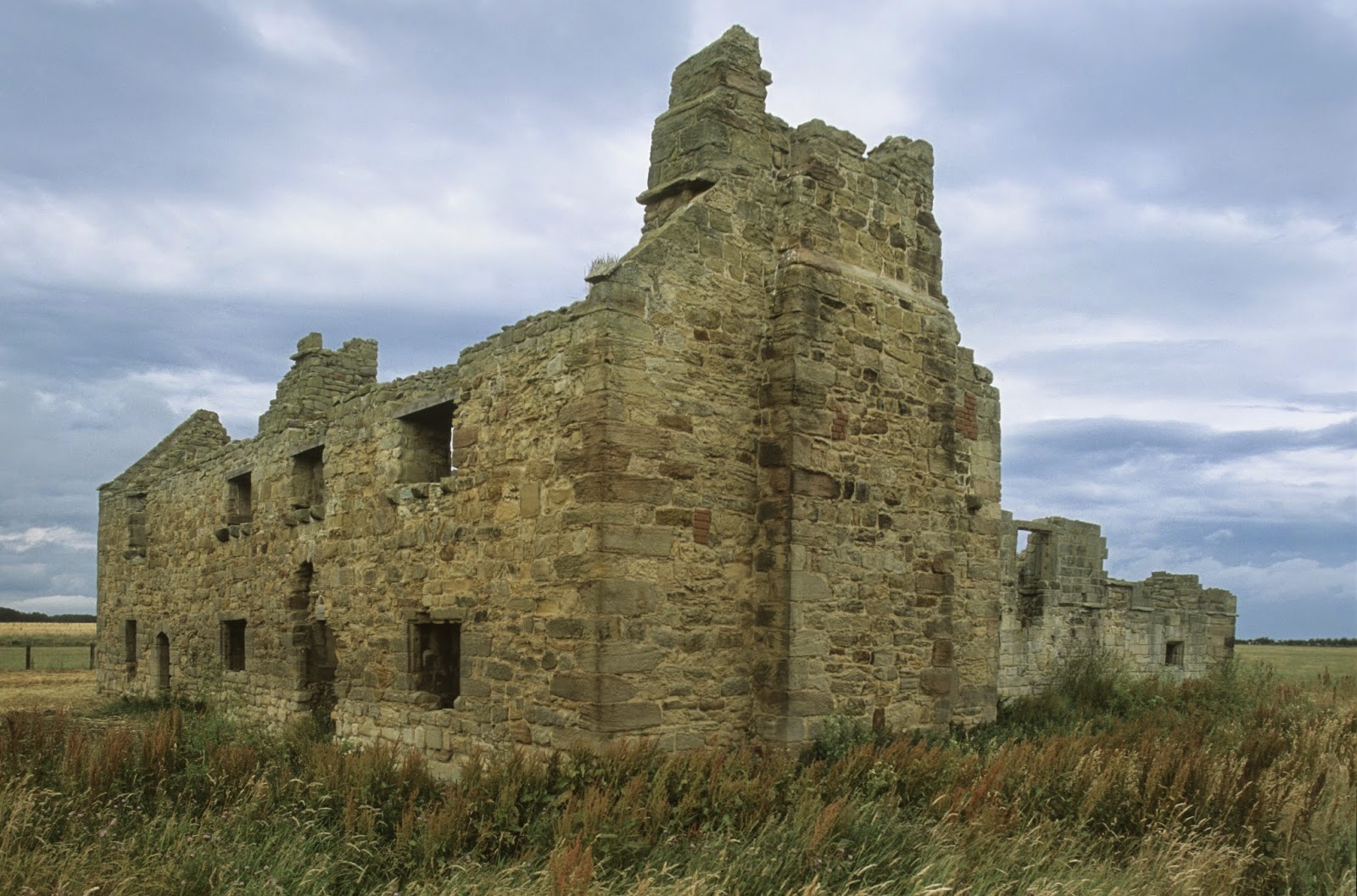 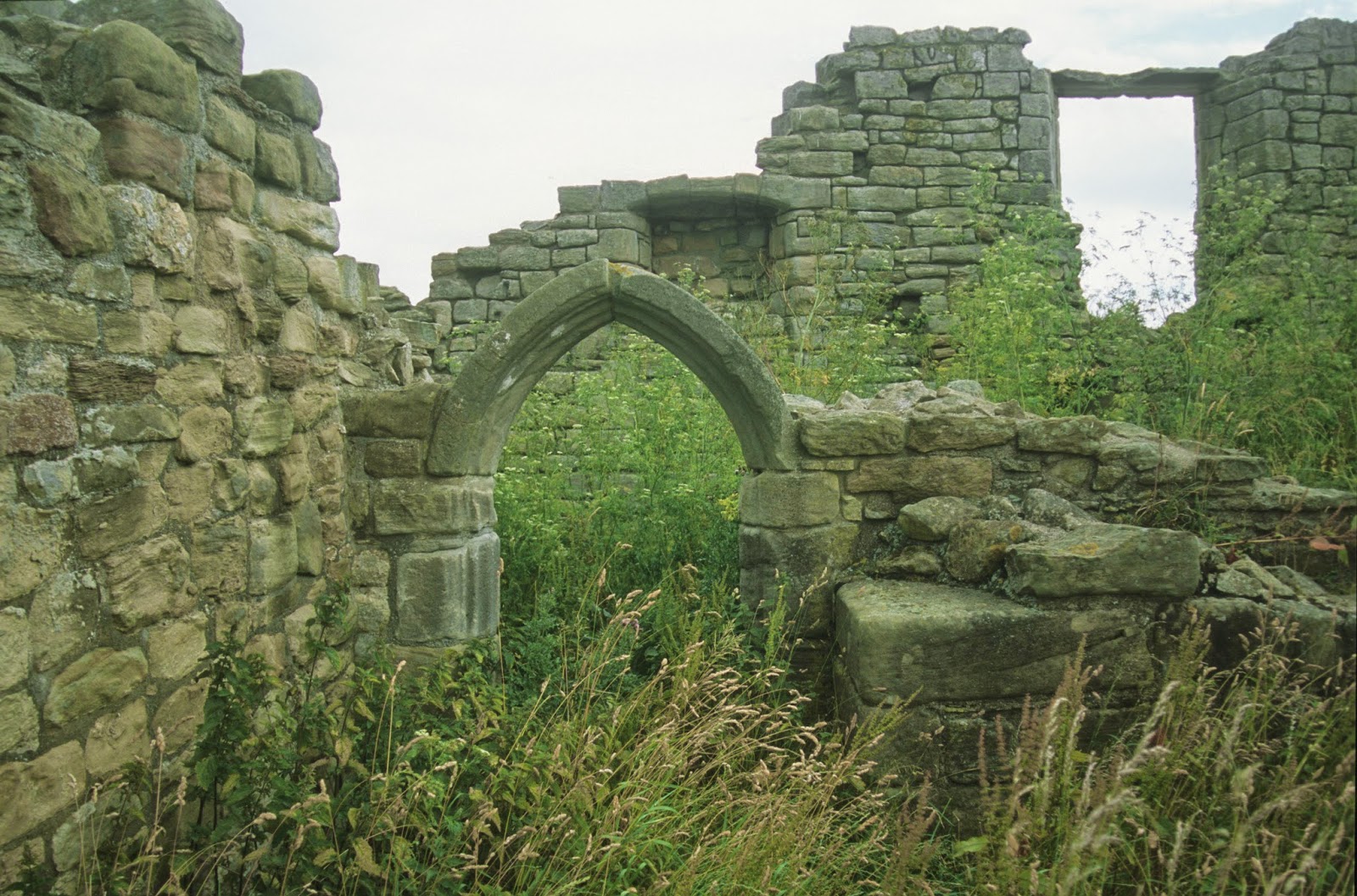 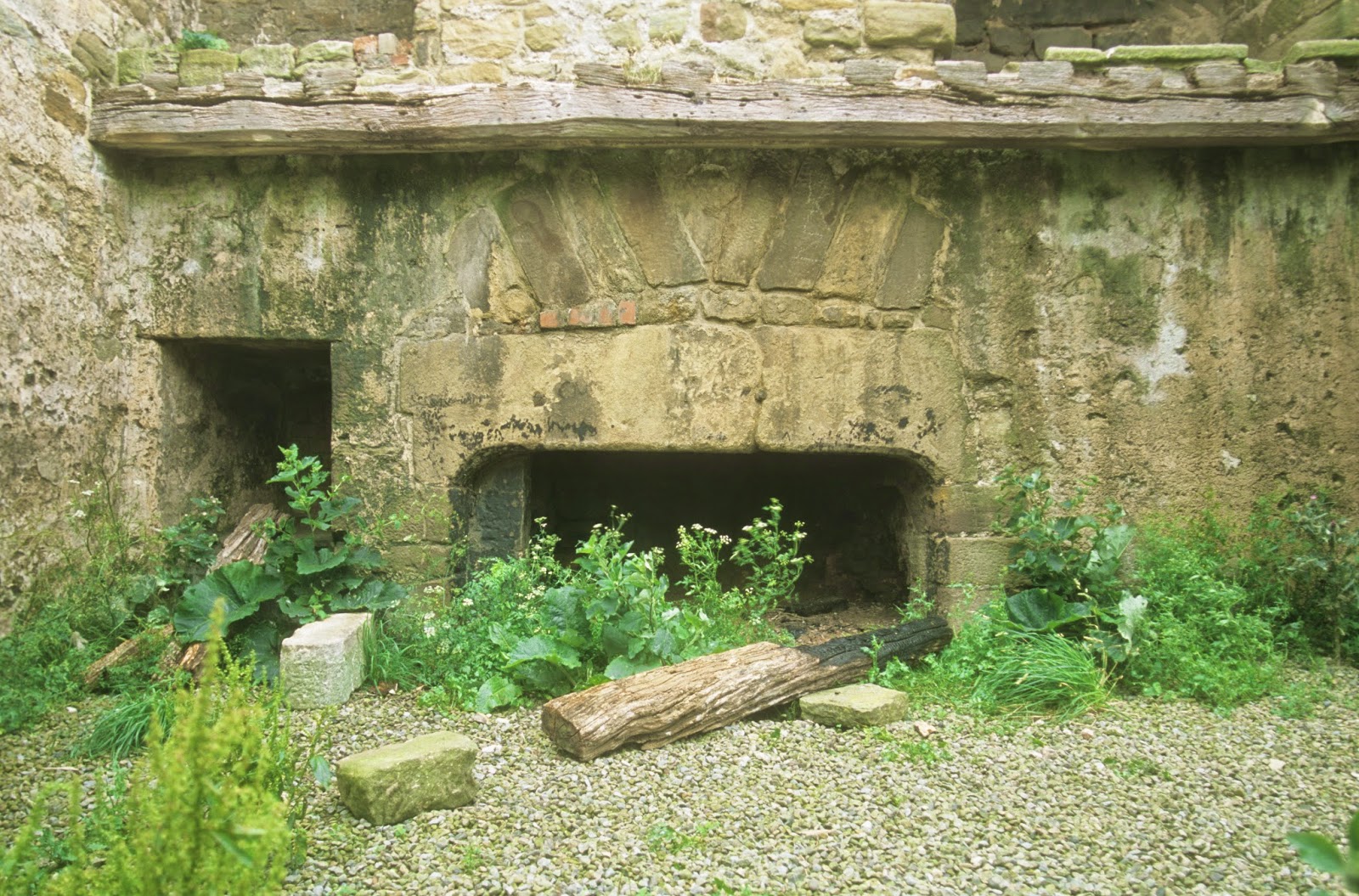 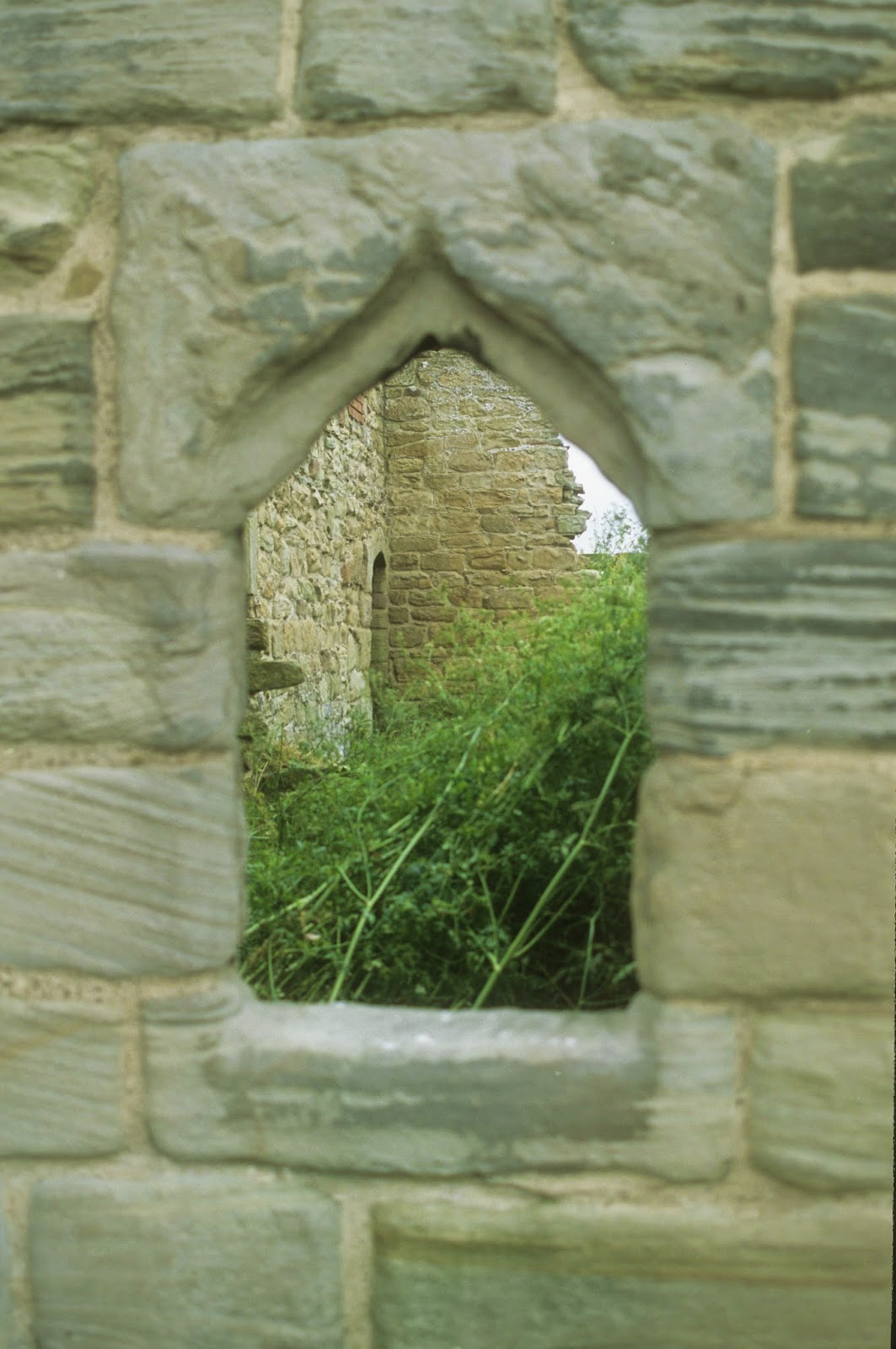 Following the Dissolution of the Monasteries in 1540 Chibburn was sold by the Crown in 1553 to Sir John Widdrington.  He used  it as the dower house for Whittington Castle. The site was abandoned after being razed by French troops who raided the Northumberland Coast in 1693.
Posted by Jimmy Graham at 12:39 No comments: 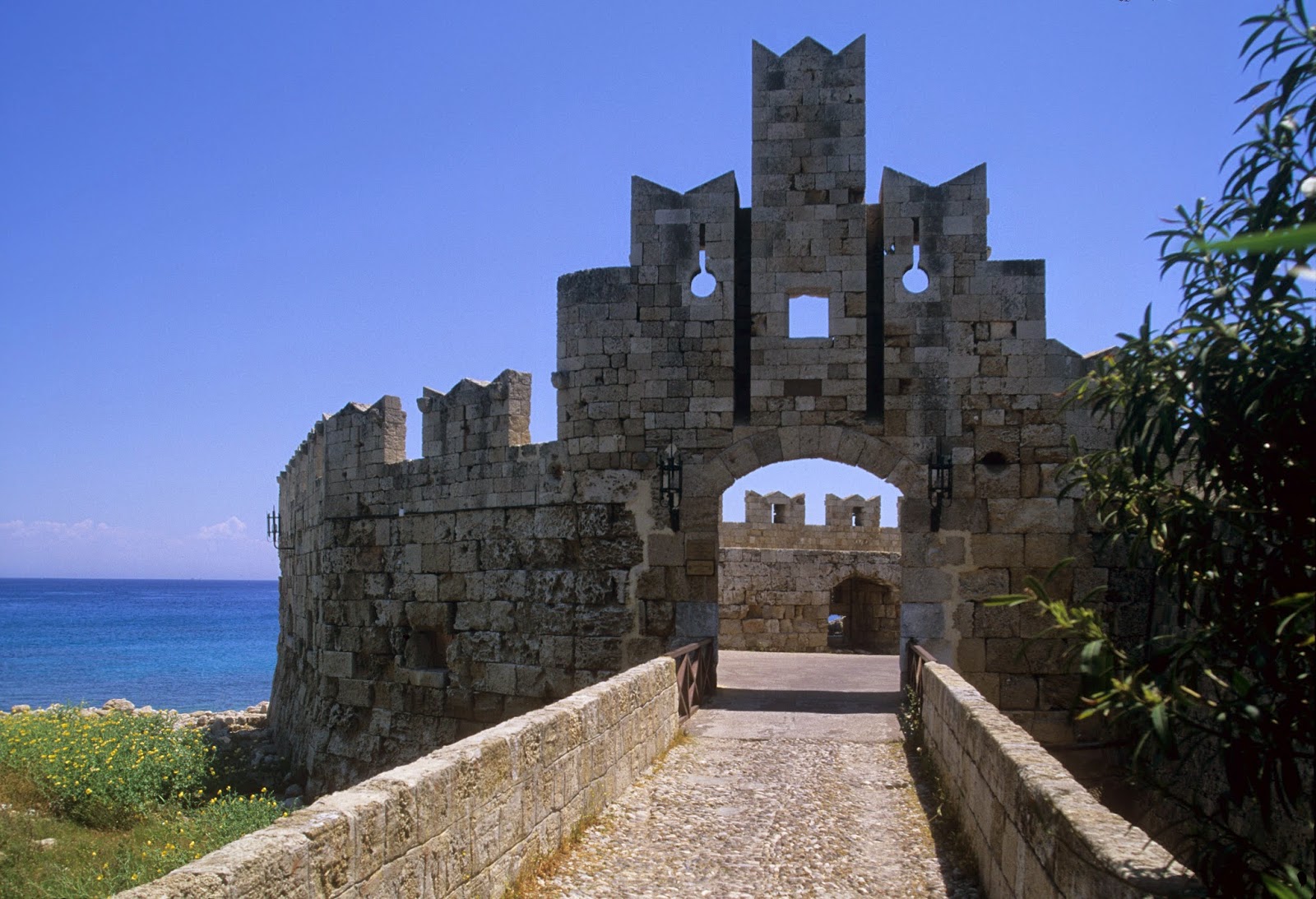 The coats-of-arms of Pope Sixtus IV and Grand Master d'Aubusson incorporated above it  and below the marble plaque with its relief of St Paul indicate that the tower could be dated to 1476-84. However the arrangement of the fortification  would seem to date it from an earlier period, perhaps from the rule of Grand Master Zacosta (1461-67). Pierre d'Aubusson may well have repaired the gate c.1477, when he reinforced the north wall of the city.
Posted by Jimmy Graham at 11:18 No comments:

The Xlejli Tower stands in the gardens of the Bettina Palace, or Dorrel Palace as it is also known at Gudja in the south of Malta. The garden is one of the largest on the island and contains a variety of unusual follies including several antiquities. Dominating the garden and the surrounding country is the tall, round tower.

The earliest reference to the Xlejli Tower is in a book printed in 1570 where it is described as a lookout tower dating from the 12th or 13th centuries. However Louis de Boisgelin, historian of the Order of St John writing in 1804 conjectures that it could date from Roman times. He says that 'an urn of baked earth (terracotta) filled with Roman copper medals was found in this place; but as there was no local inscription, it gave no insight into the history of the tower'. Modern archaeologists in Malta have identified the remains of several other round towers that could well date from the Roman era.

Whatever its age, it seems certain that the Xlejli Tower was built as a lookout and not for defensive purposes. From the top it commands an unbroken view of the island's southern coastline for 180 degrees, from Benghisa Point to the Grand Harbour. 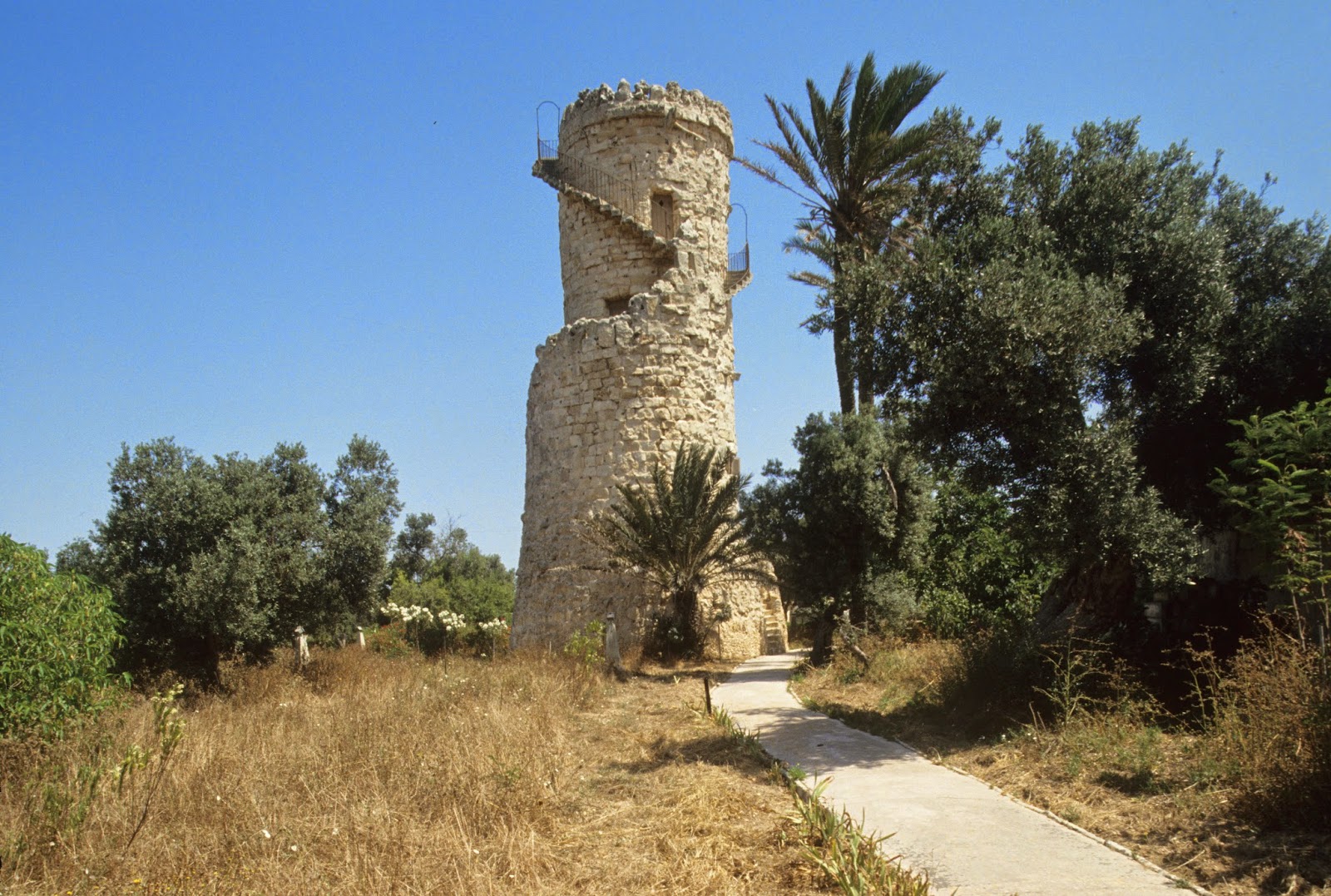 The palazzo itself, one of the loveliest houses in Malta, was built in 1670, and the tower was probably enclosed within the high garden wall at that time. In 1760 the palazzo was bought by Pietro Paolo Dorell Falzon, as a dowry for his daughter Bettina, on the occasion of her marriage. Since then the palazzo has belonged to the Trapani Galea Feriol family. The family title, Barons of San Marciano, was the creation of Grand Master of the Order of St John, Manoel de Vilhena, in 1726. Gino, the present Baron is the tenth since the creation and his eldest son Michael enjoys the courtesy title, Baroncino di San Marciano.

Bettina Dorell had been a lady-in -waiting to the Queen of Naples and was therefore a woman of considerable social consequence on the island. She was much given to entertaining which meant lunch followed by tea, owing to the long distance traveled by horse and carriage from Valletta. After luncheon there was that awkward social gap that had to be filled before tea, and so the hostess endevoured to provide visits to conceits, follies, fancies and other beguilement for the entertainment of her guests. Coffee was served in a hexagonal kiosk that was sadly destroyed by a  bomb that took a direct hit during the Second World War.

Bettina's most ambitious project was to restore and decorate the tower as we see it today: three rooms, one on top of the other, with access by an external spiral staircase. The lowest room , on the first floor, is decorated in the neo-classical taste: the walls are hung with chintz which is probably contemporary with Bettina's refurbishment, two plaster figures of Sappho and Vesta face each other across the room, while in the centre of the painted floor is an empty plinth upon which once stood a third statue- that was shattered by a bomb blast during the War, perhaps by the same bomb that destroyed the kiosk. 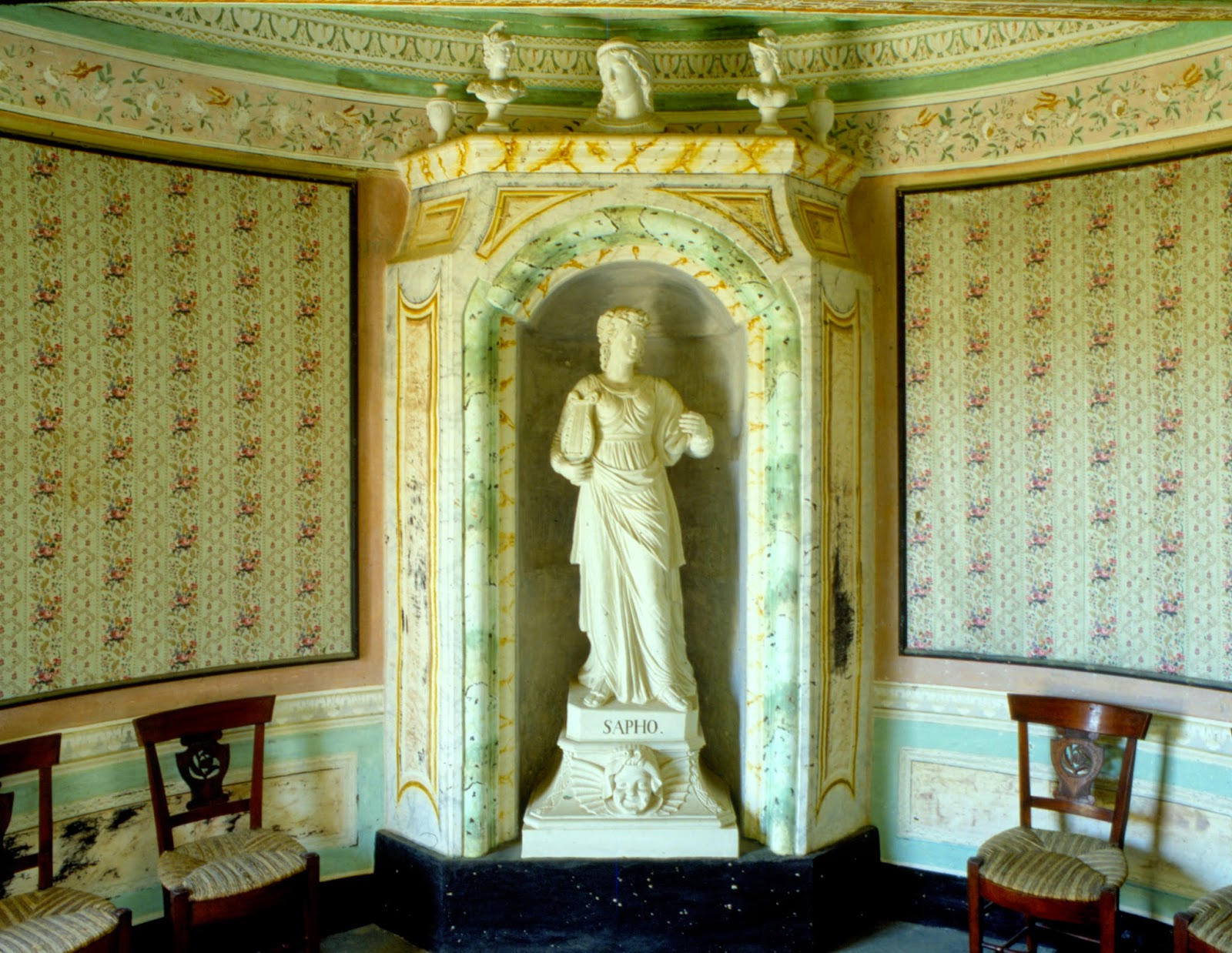 The beams and the interstices of all the ceilings in the tower are beautifully and delicately painted with bands and garlands. 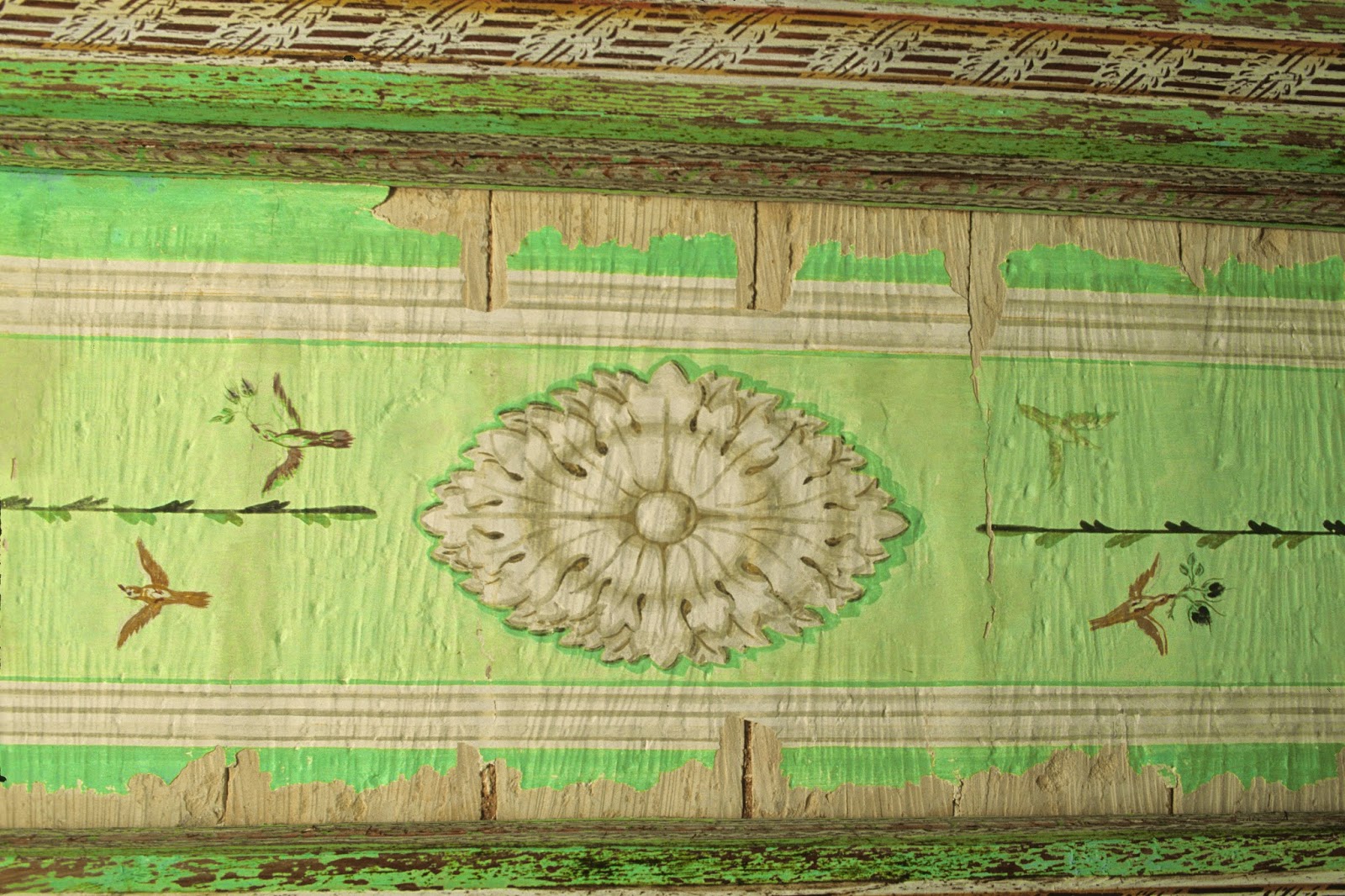 The room on the middle floor is is filled by a large circular table with a chintz cloth over it and small benches set against the painted walls. 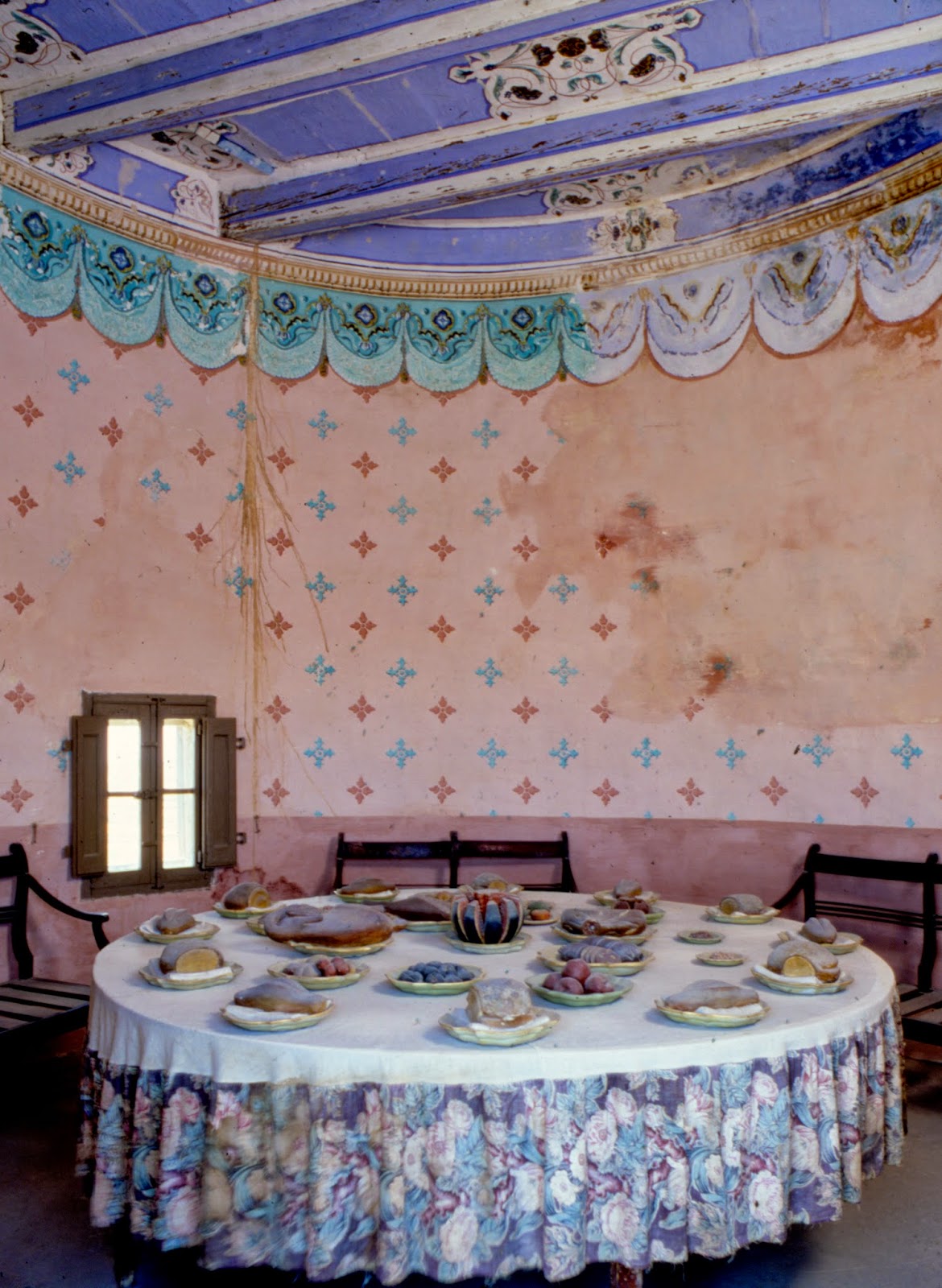 The table is set with dishes of food for a typical Maltese meal: joints of meat and game, fresh fruit and bread - but in fact it is all carved from soft limestone and painted with trompe-l'oeil effect. The Maltese limestone is very soft and workable when quarried, but hardens off after about eighteen months exposure to the air. 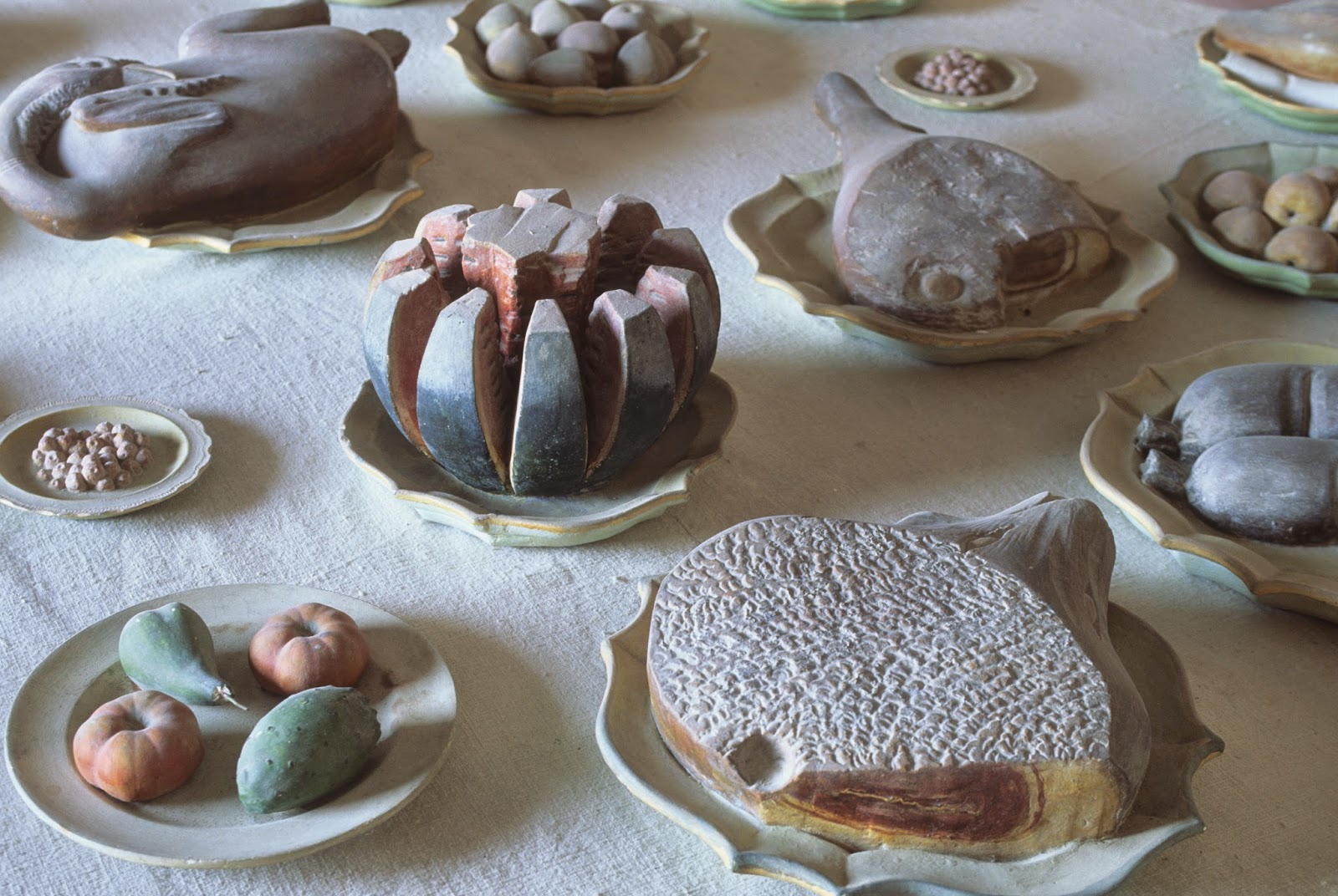 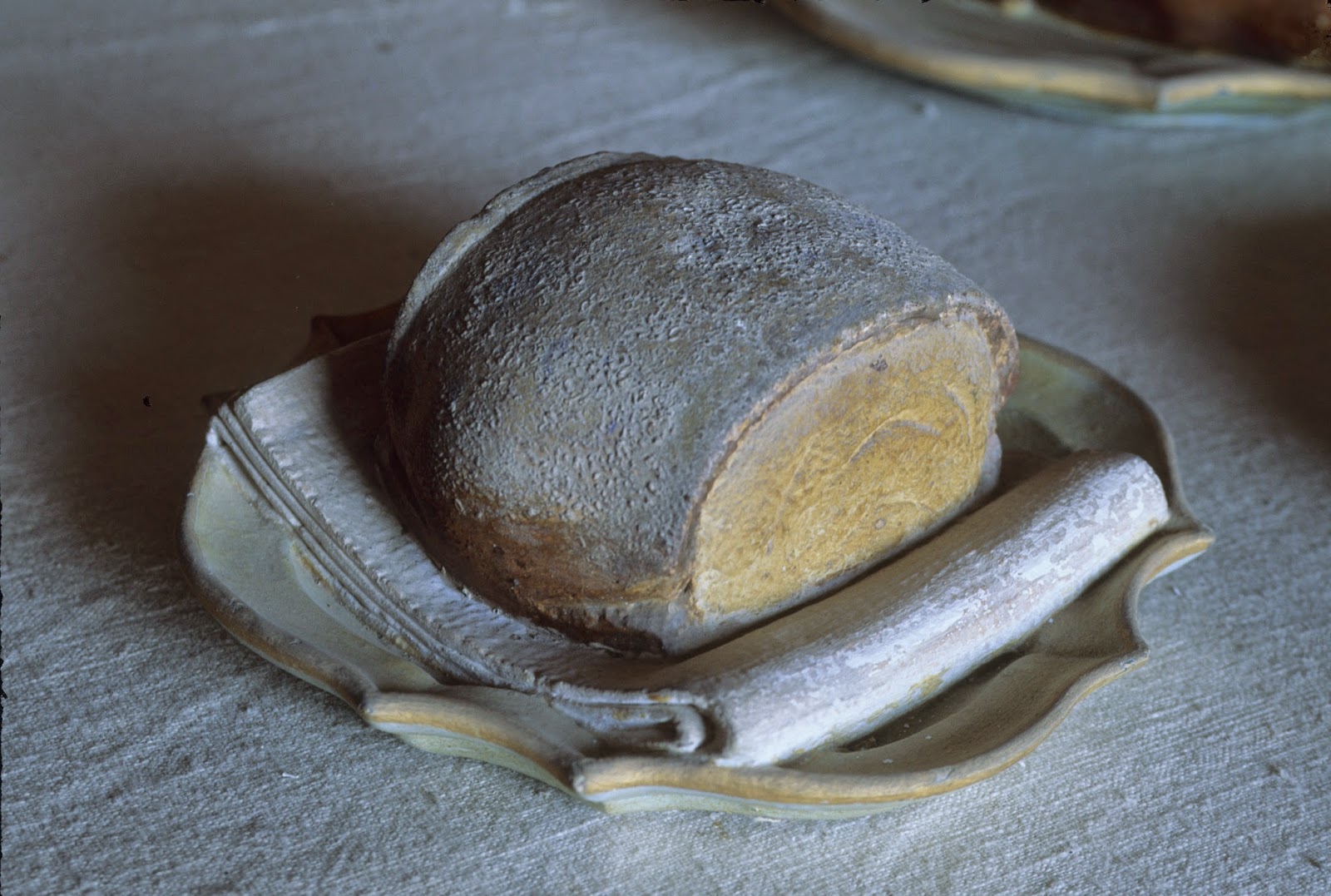 The stairs get even more vertiginous as one ascends to and finally reaches the top room which is empty except for an elderly telescope on a stand. The walls, painted in oil on plaster ground, are home to an imaginary landscape filled with strange buildings, cities and villages, and although not alien to the Maltese landscape it bears no direct topographical relationship to the surrounding countryside. It is peopled with an assortment of very strange and enigmatic groups. The name of the painter is unknown, but in the 18th century Malta had a good many itinerant artists who would knock on the doors of large houses offering to paint friezes, stencil and marble; and also execute portraits of the household. 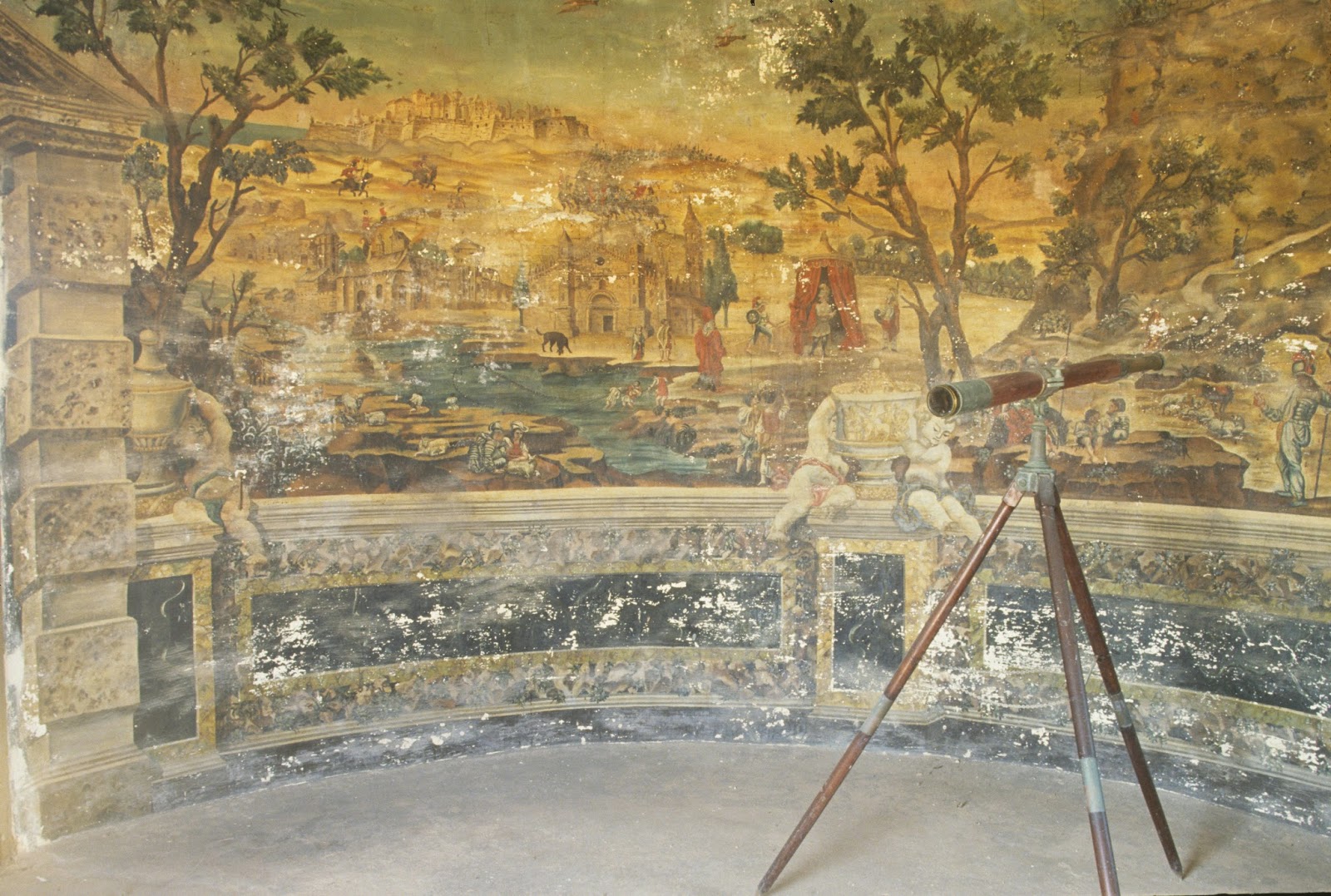 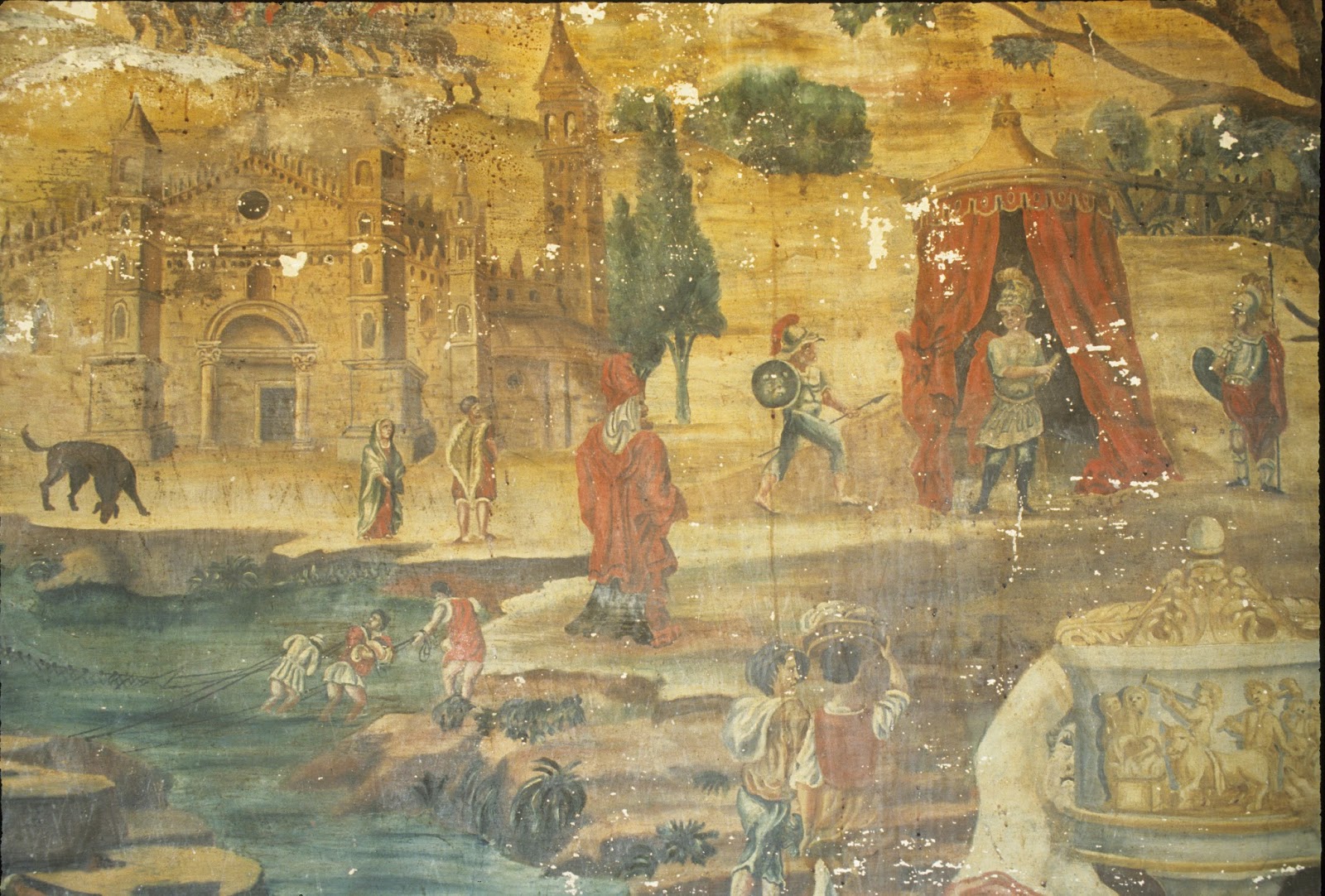 The beautiful palazzo with its gorgeous tower with its interiors decorated in deliciously light airy colours is a brilliant reminder of the sophistication and exquisite cosmopolitan taste of the Maltese aristocracy that flourished under the rule of the Order of St John in the 18th century.

Posted by Jimmy Graham at 10:23 No comments: