One day, in the summer of 1710, one of the many pirate ships that patrolled the Straits of Sicily at that time, attacked and captured a brigantine belonging to the navy of the Order of St. John. Among the booty taken were four bales containing the ten wonderful tapestries known as the 'Tenture des Indes' that now hang in the Council Chamber of the Magistral Palace in Valletta. The ransom asked by the pirates was apparently, equal to the cost of their manufacture. 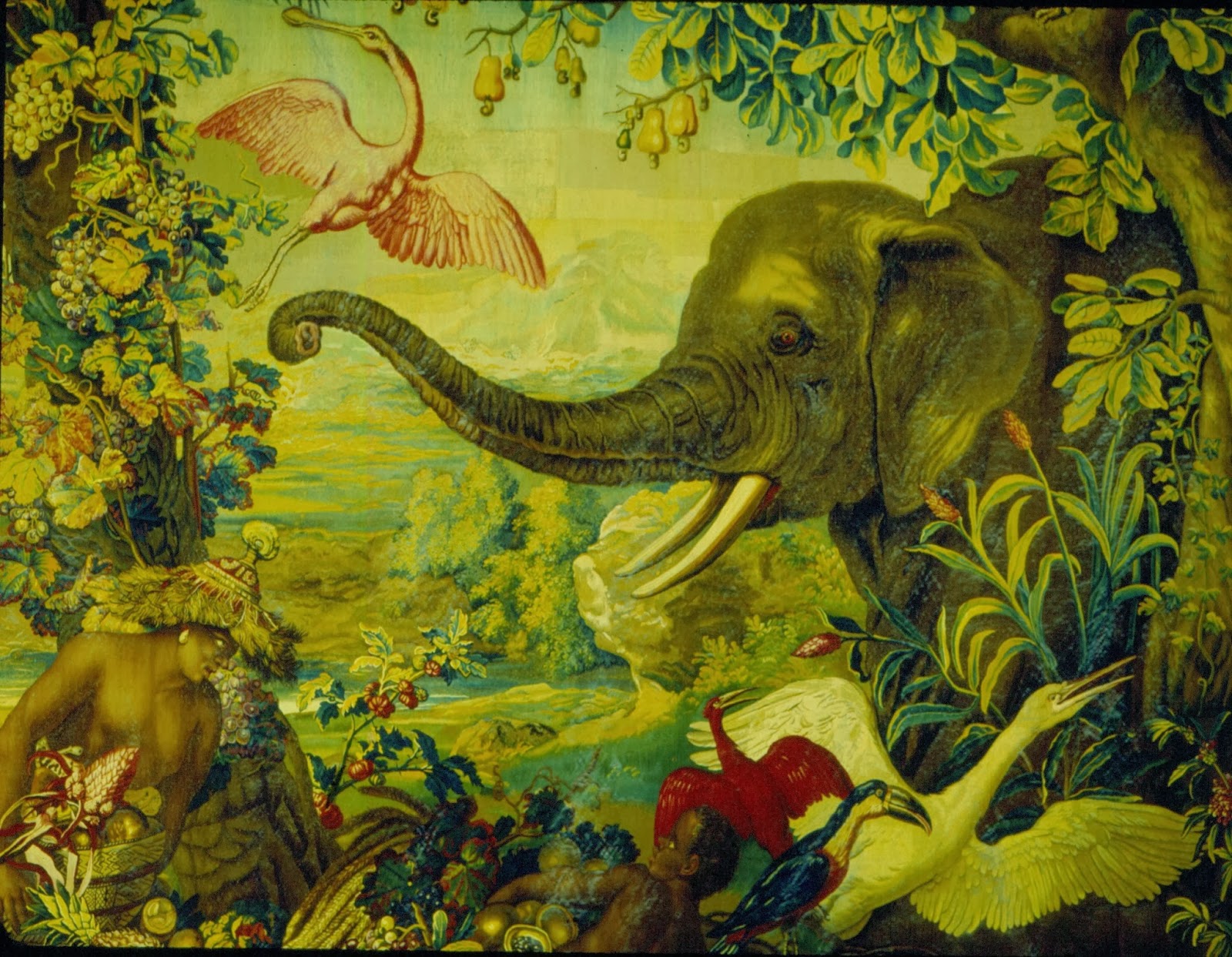 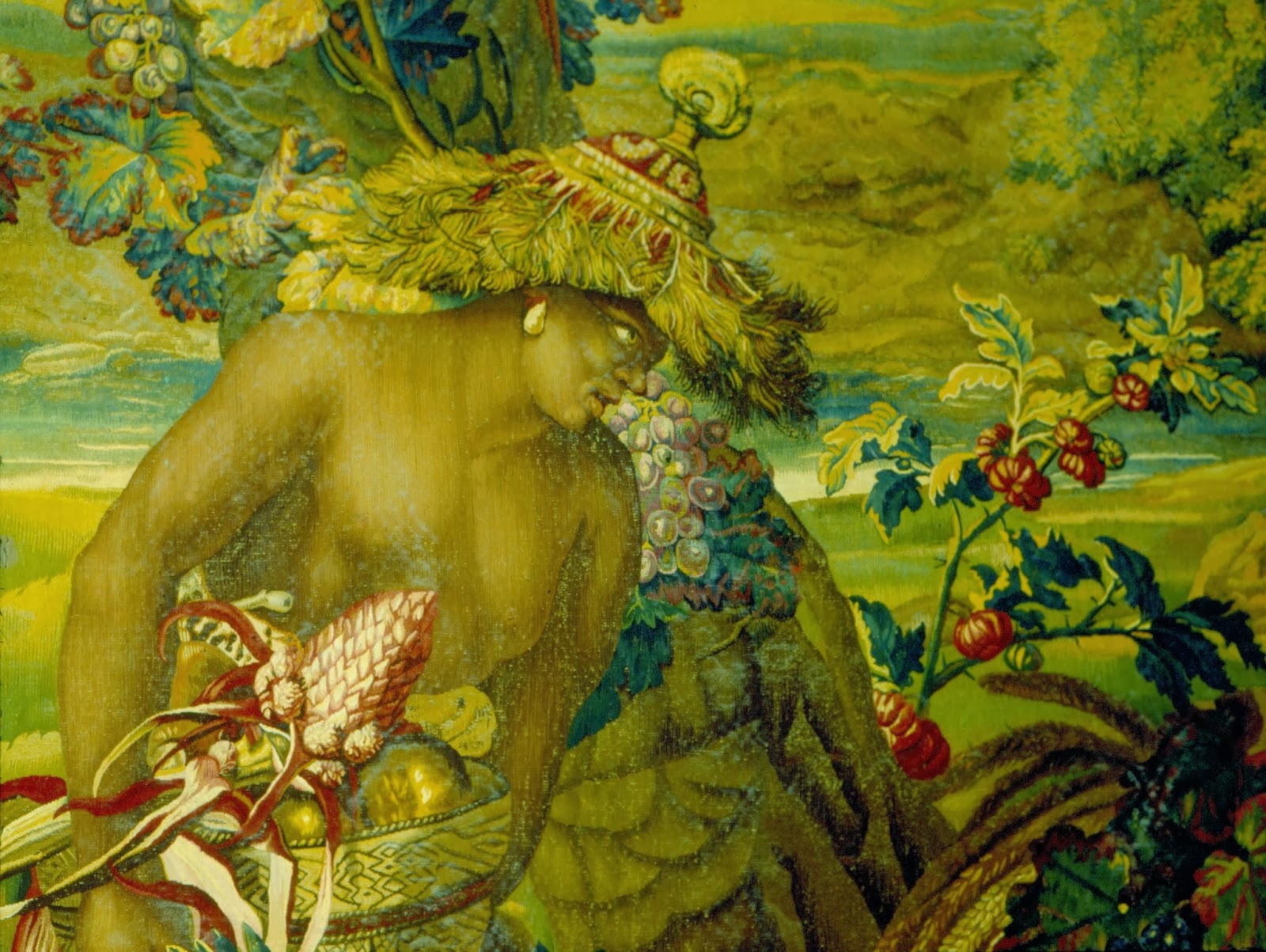 When your eyes have become accustomed to the dim light in the Council Chamber you are surrounded by a feast of the exotic: ten tapestries depicting the legends of the 'Indes Galantes' and the 'Noble Savage' - a rich display of hunters, fishermen and Indian princes set against backgrounds of teeming tropical abundance, small animals, exotic birds, fish, reptiles, fruit and luxuriant vegetation. Products of a time when exploration and the wonders of distant unknown lands had captured the romantic imagination, and the accuracy with which the hitherto unknown species were depicted is incredible. 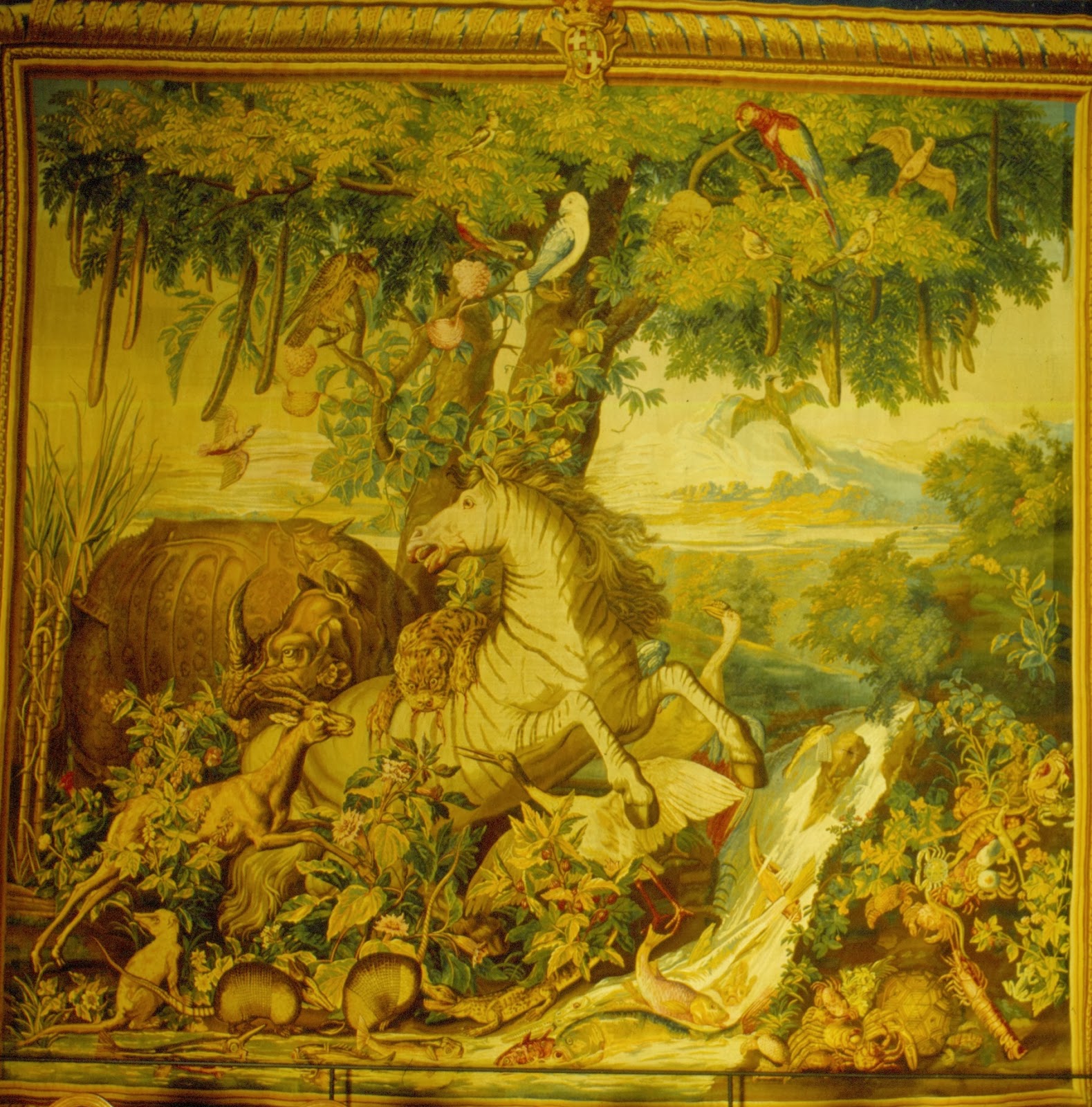 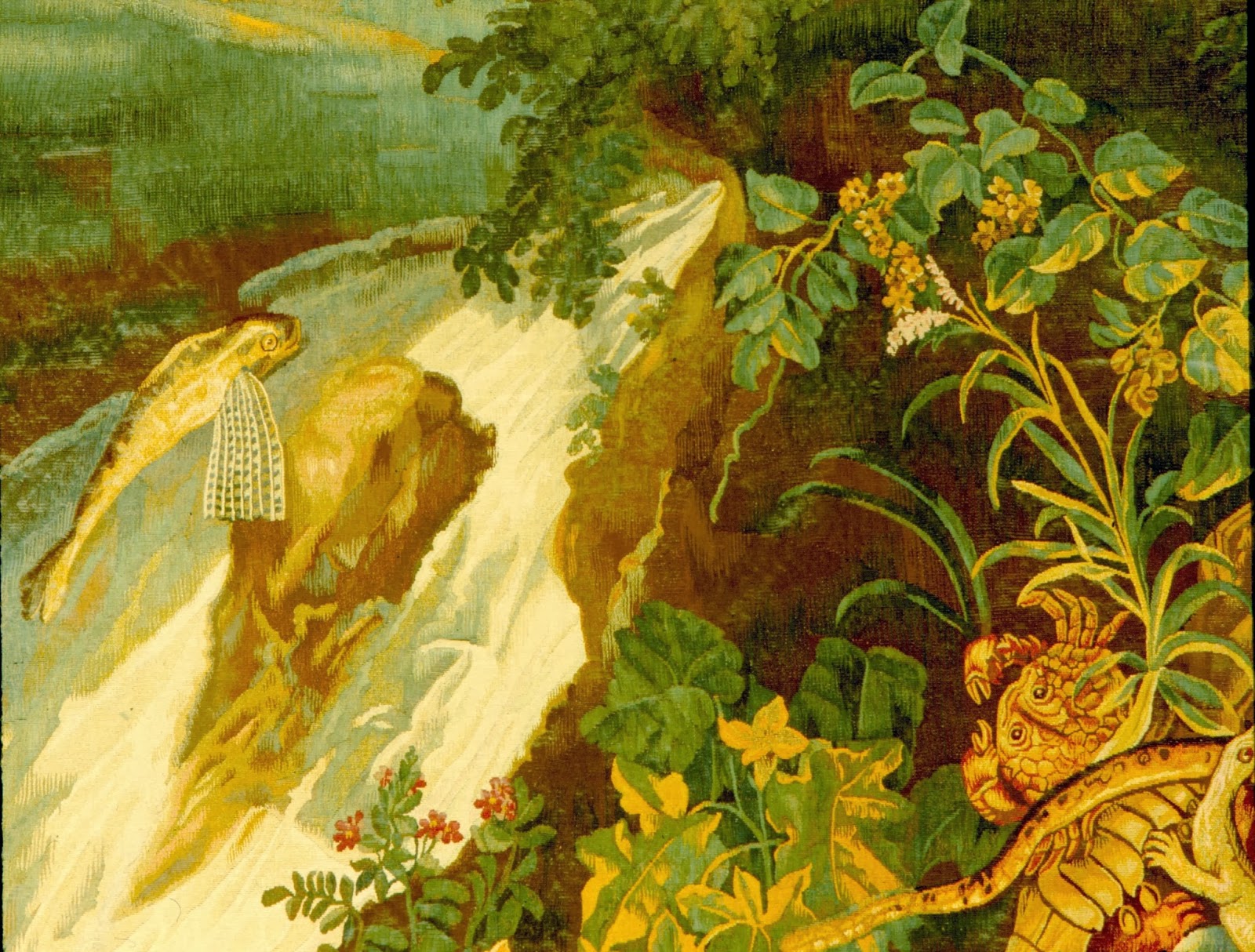 It is hard to believe that these ten panels are tapestries and not paintings, and that the wonderful intensity and variety of expression on the faces of the animals has been achieved with only twenty shades of wool and the one shade of yellow silk that is used for the highlights in the water, and for the background skies. They also have a provenance as exotic as their subject matter. 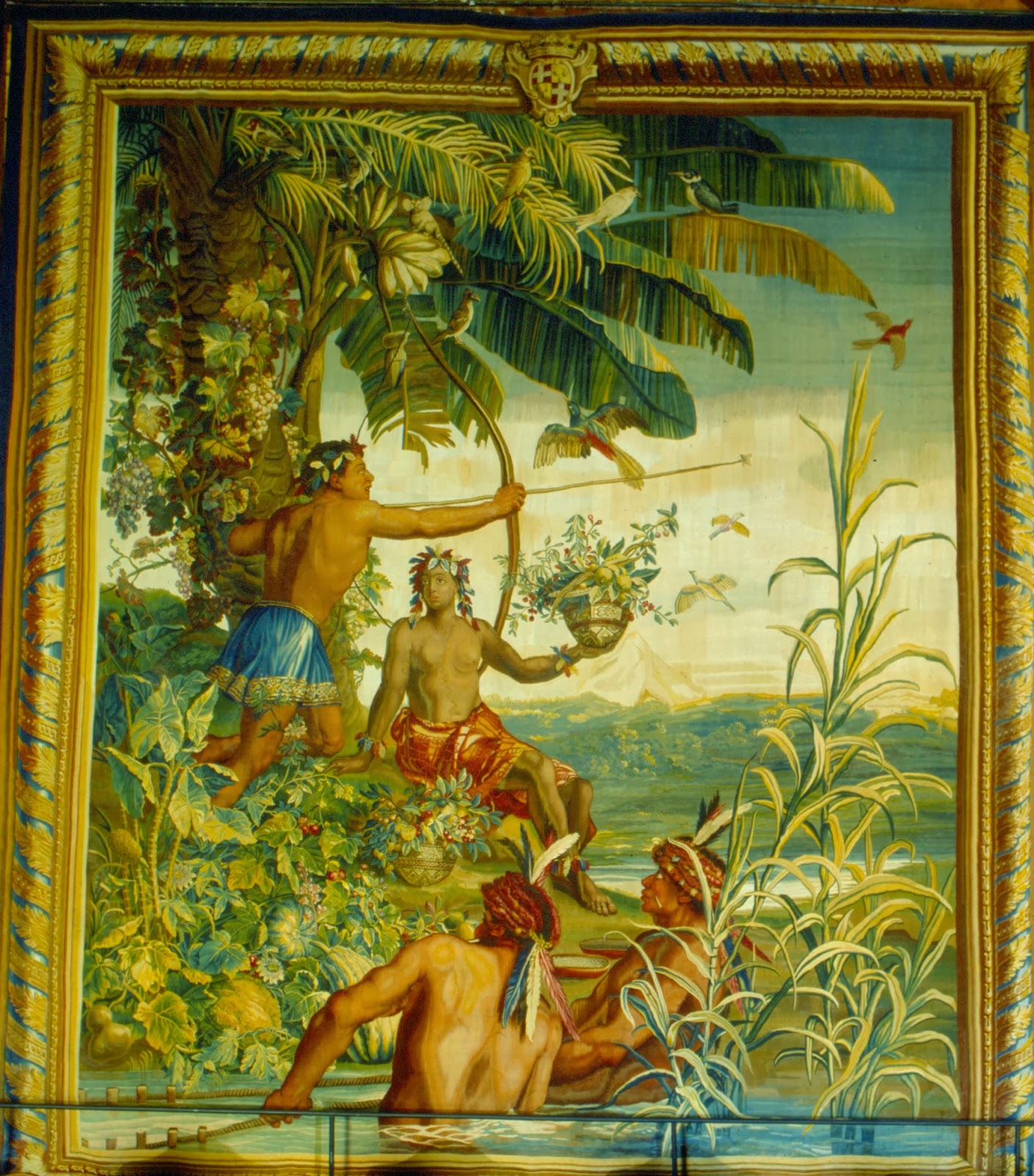 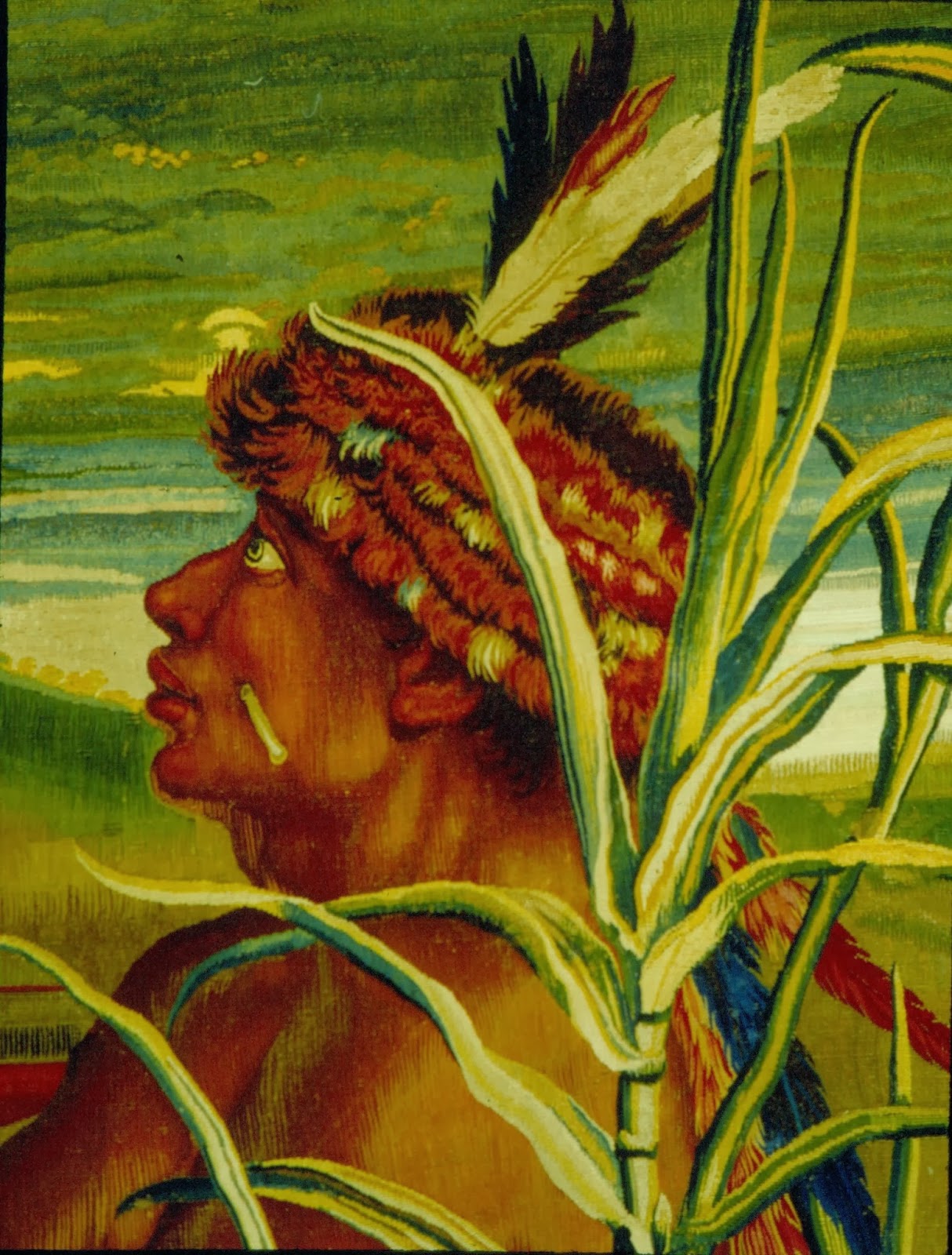 Count John Maurice of Nassau, a cousin of the Prince of Orange who was known as the 'Brazilian', made various expeditions to Africa, South America and the West Indes between 1636 and 1644, when he was governor of Brazil. On these voyages, aimed at scientific and anthropological research, he took with him two artists, Francois Post and Albert Eckhout, who made drawings and paintings of the people, animals and plants they encountered. 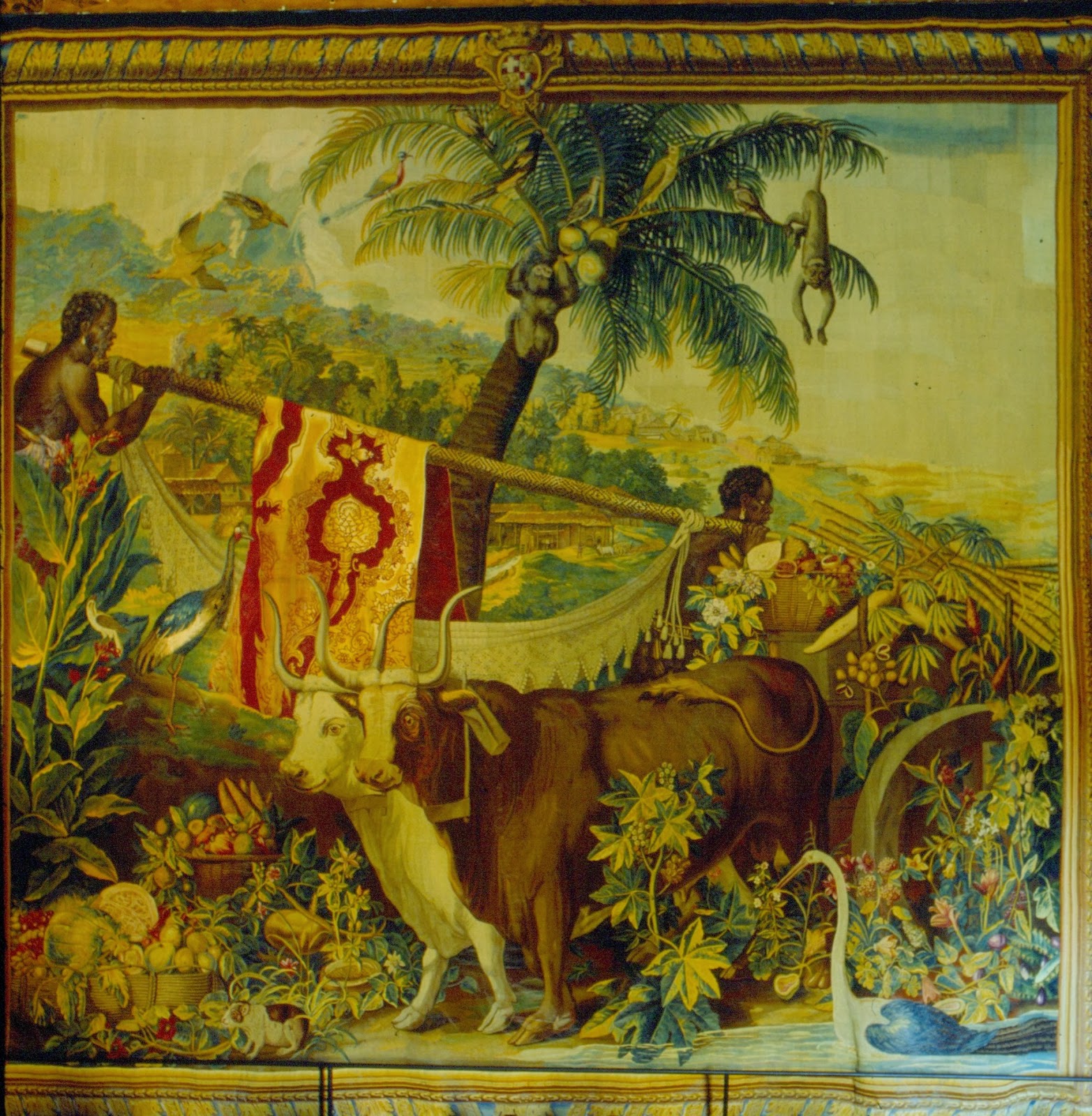 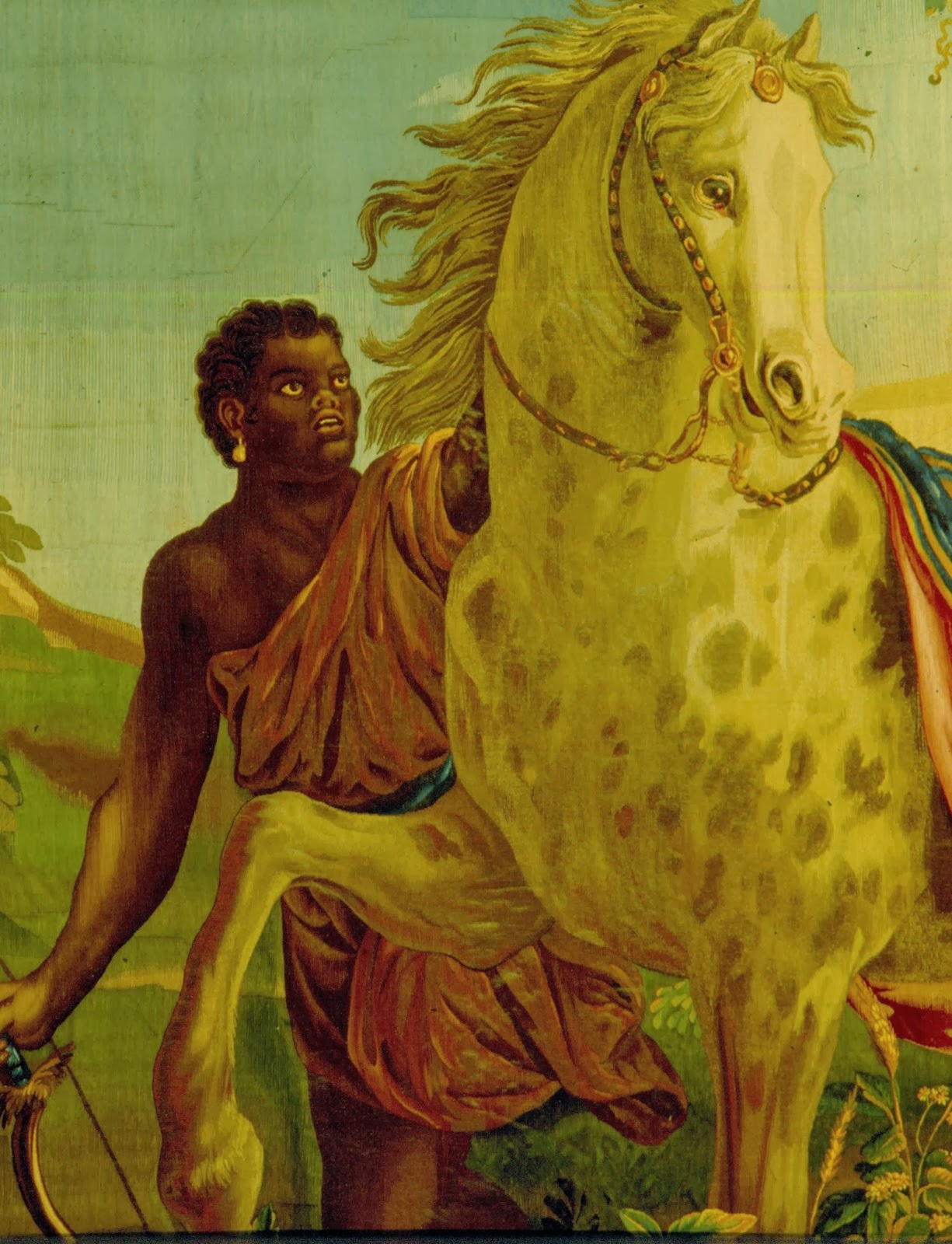 In 1679 the Count gave these paintings to Louis XIV, and they inspired the King to have them woven into tapestries on the royal looms at Gobelins. He gave the work to his Painter in Ordinary, Charles Lebrun, who was also director of the Gobelins, and was to make ten cartoons from the paintings. 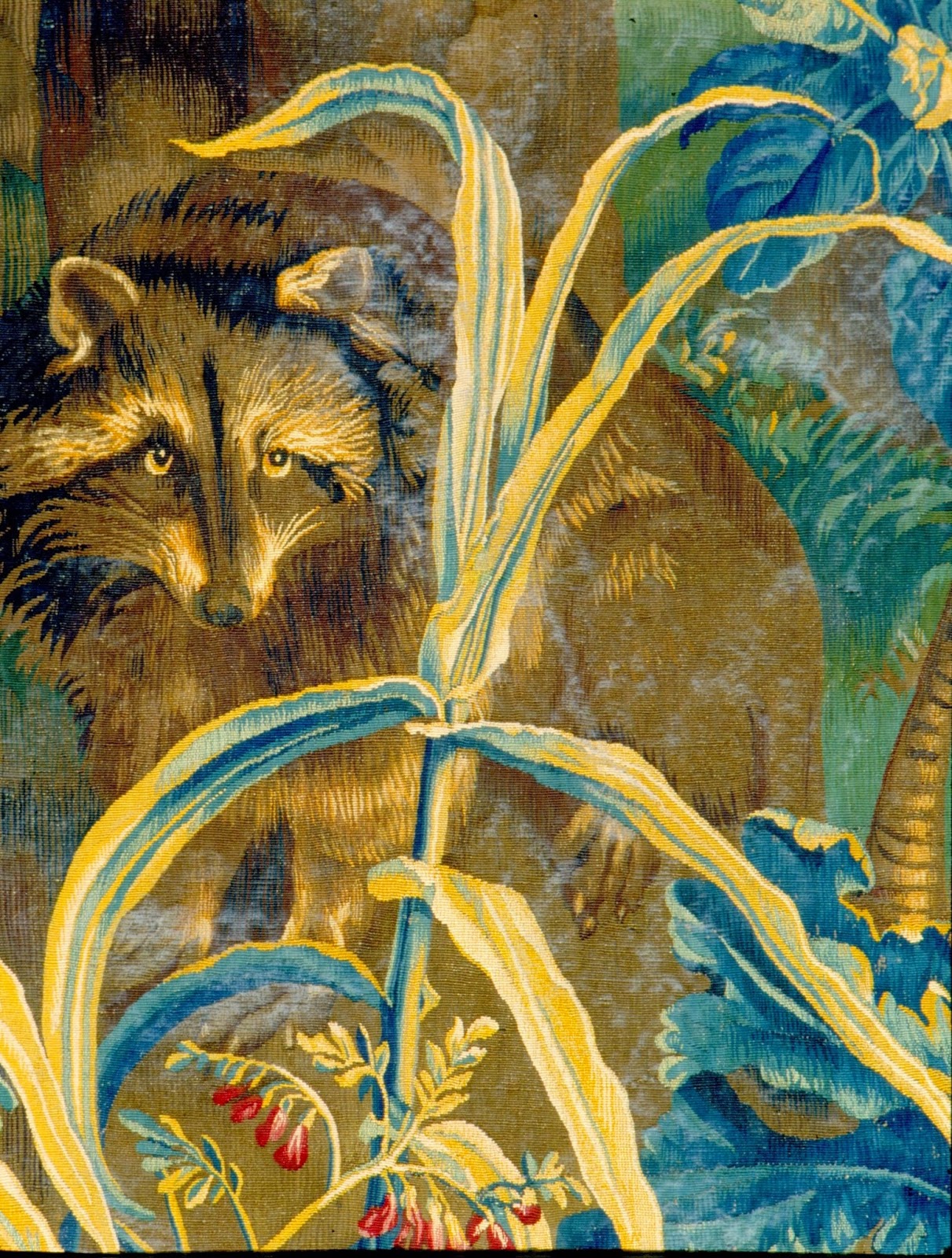 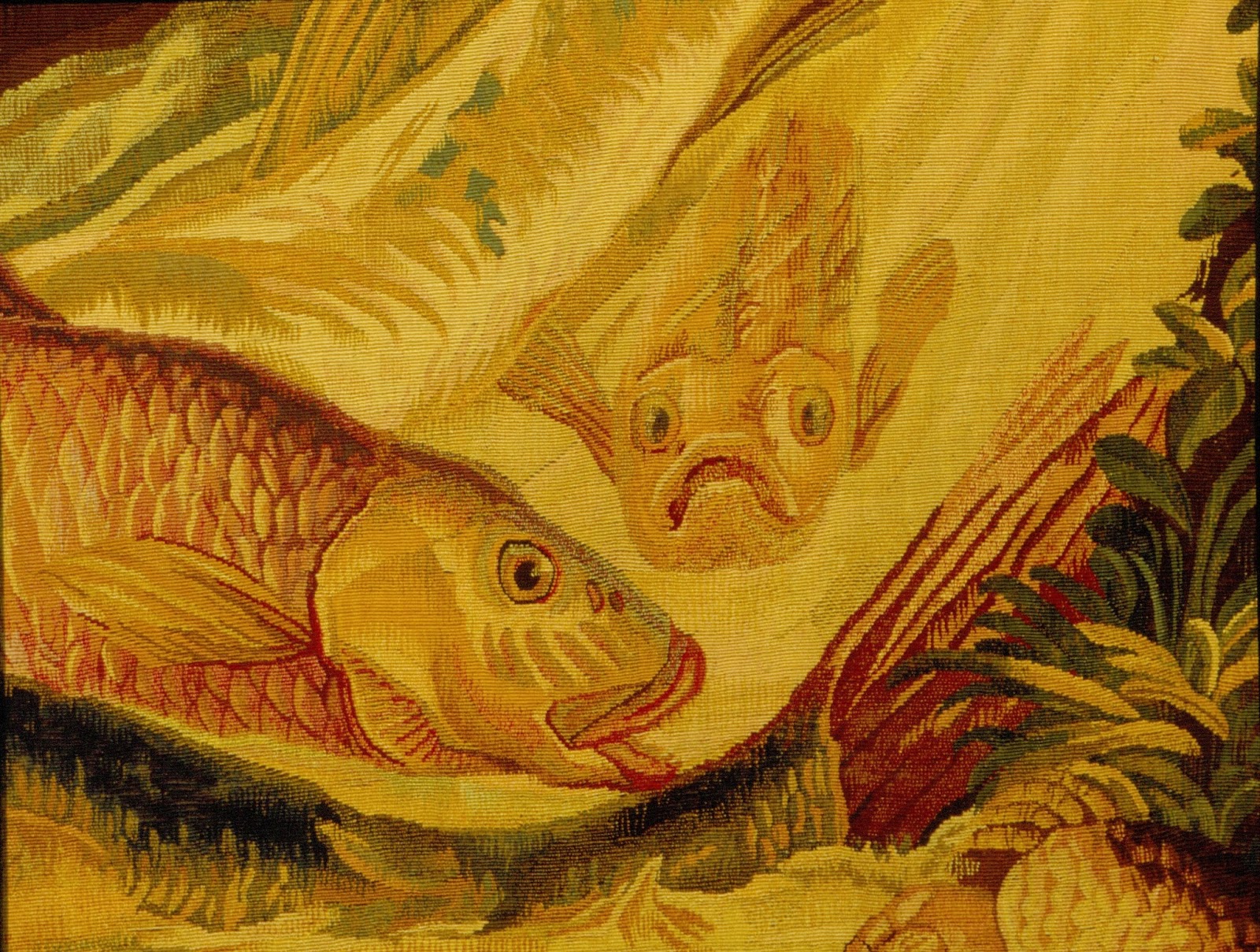 When the first set of 'Tenture des Indes' was produced in 1692 the novel subjects, luxuriant vegetation and 'Indian' figures introduced a new theme into late 17th century Gobelins manufacture. They were so much in demand that by 1693 the celebrated animal painter Francois Desportes was asked to retouch the original cartoons for use on the high- warp looms. Later he was asked to paint new versions of eight of the original designs. Thus there are two versions of the tapestries, those like the ones in Malta, which are the only complete set existing, made before 1725, and those after 1725, which are better known in France. 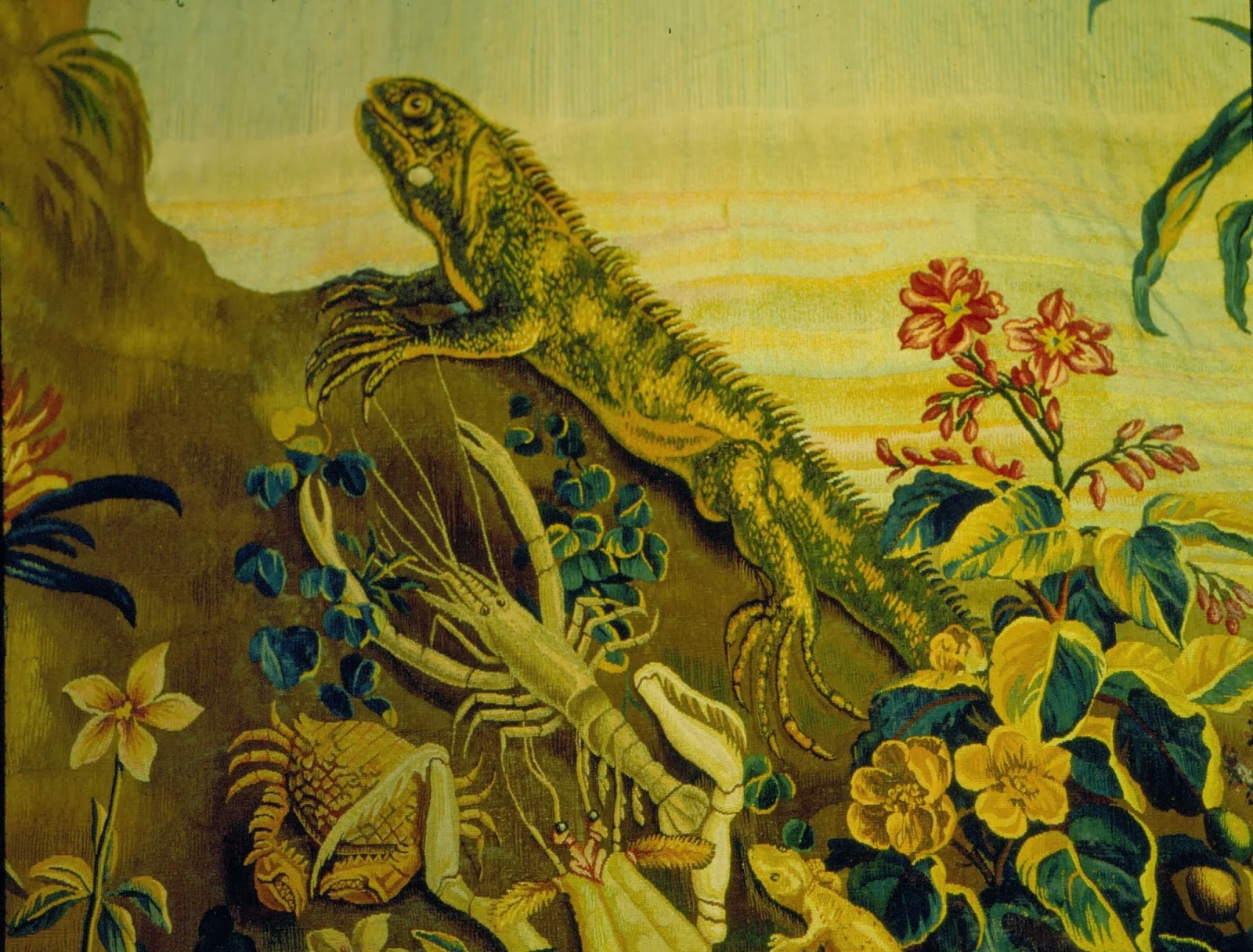 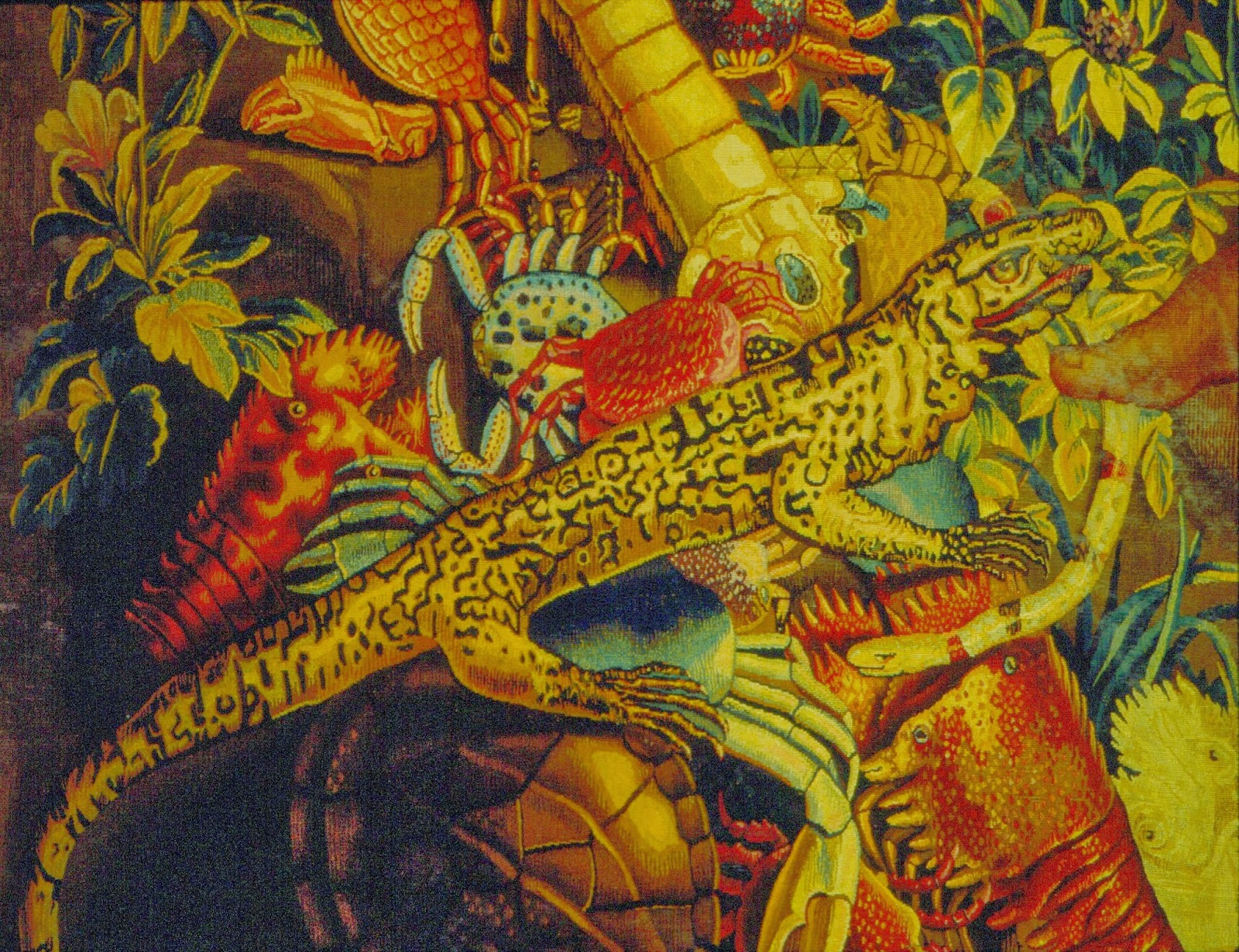 Fra. Raymond Perellos y Roccaful was elected Grand Master of the Order of St. John on 7th February 1697; and he gave as part of his Goia (an obligatory dowry to the Order on his election), two sets of valuable tapestries. A Flemish set with a religious theme went to the Conventual Church of St. John in Valletta, the other set, the 'Tenture des Indes' he gave to adorn the Council Chamber of the Magistral Palace, a room sixty-five feet long, twenty-five feet wide and twenty-seven feet high. Three pieces hang each side of the room between the windows and at each of the four corners a piece is hung to cover the ends of the room before the door cases begin. As they all have the arms of Perellos woven into the borders at the top it is likely that they were woven specially to these measurements. For 268 years this wonderful room was where the Council of the Order of St. John met. 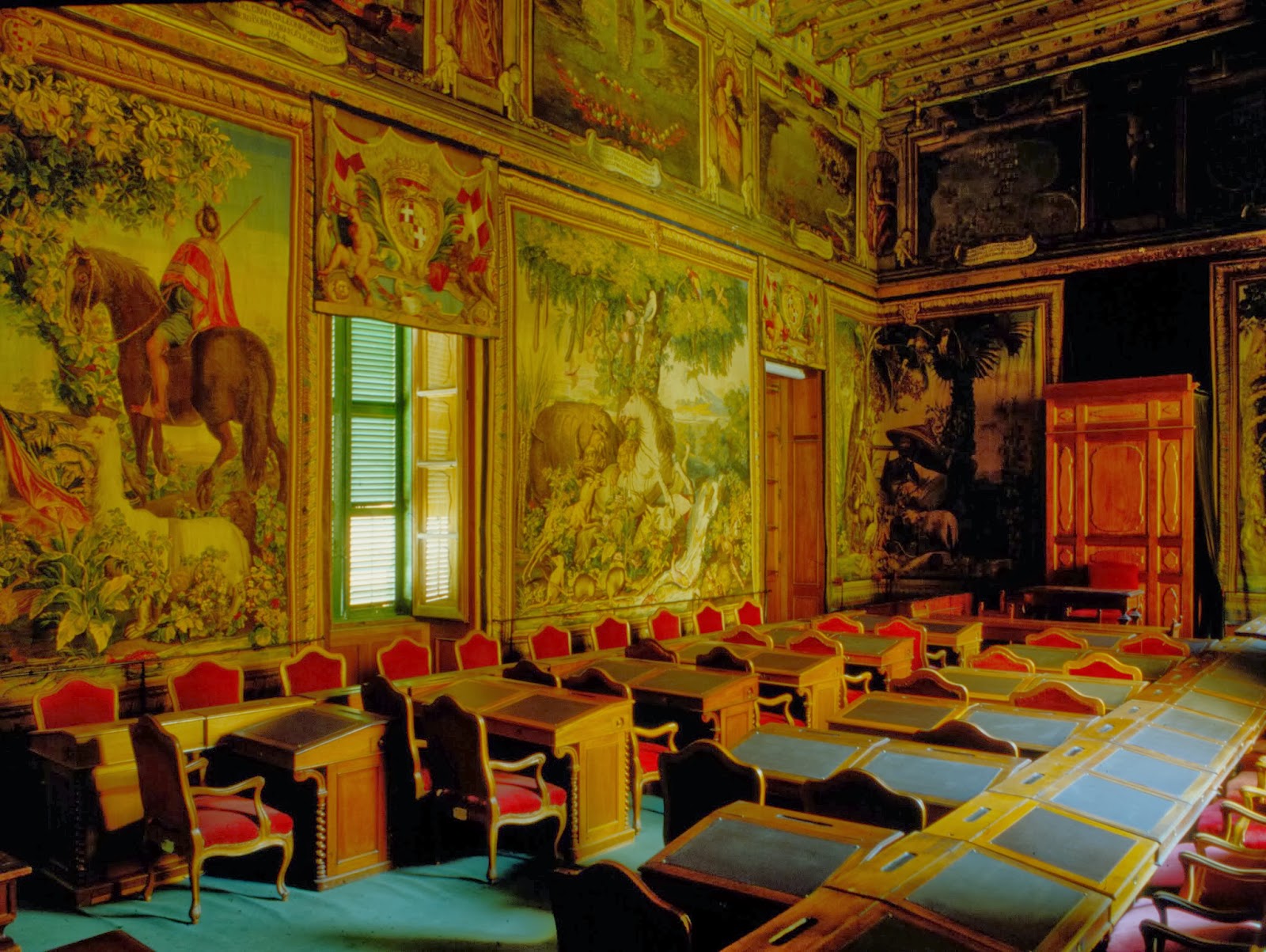