Malta, the land of honey is famous for its roses and for its beautiful gardens. Most of them are hidden away behind high stone walls. But the loveliest gardens of them all, are surely those at San Anton Palace, Fra. Antoine de Paule's country villa, four miles from Valletta. There are the famous orange groves, magnificent specimen trees, fragrant roses and honeysuckle and vibrant beds of colour provided by massed plantings of pelagoniums and rampant climbers plumbago and bougainvillea.

While still the Prior of Saint-Gilles, Fra. Antoine de Paule had built himself a country villa at Attard. On assuming the magistry in 1623 he set about enlarging his house into a palace for entertaining his friends and guests. He bought more land and set about planting groves of orange, lemon and other fruit trees which he imported from France, Sicily, Spain and Italy.

He built fountains and pools stocked with fish from Sicily and laid out his lovely gardens, a plan of which, it is said, was sent by the Bailiff de Vendome to Louis XIV of France to serve as a model for the gardens at Versailles.

By 1625 most of the improvements at San Anton were completed, giving the palace the appearance it has today, although there were additional alterations and embellishments which have continued down to the present day. The palace has roughly the shape of a cross, with the four arms approximating to the four points of the compass. On the south east is the large courtyard that leads to the palace entrance. The spaces between the arms of the cross on the North east and North West and South West are the three private gardens. 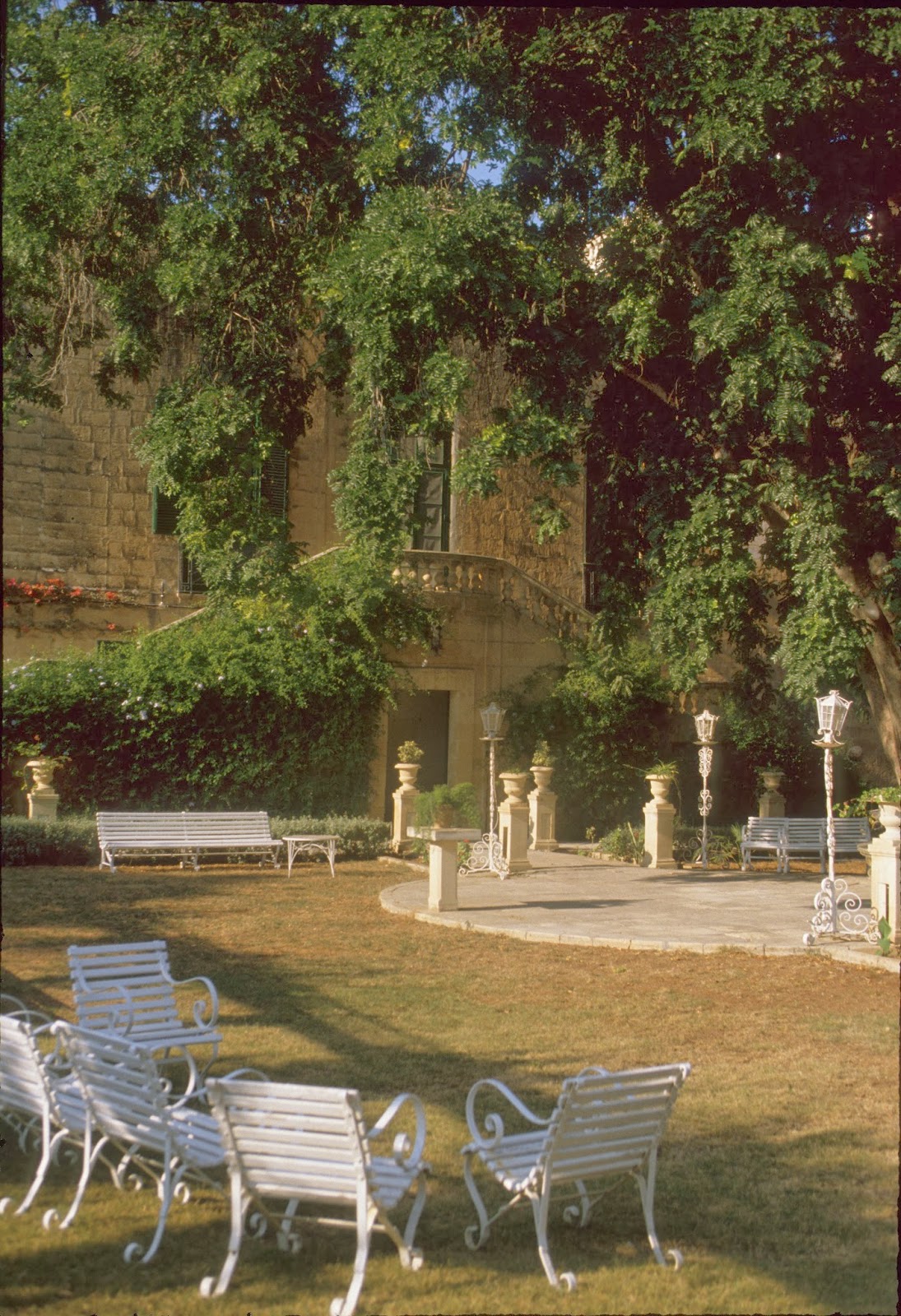 The garden most often used for entertaining is the South West Garden divided into lower and upper sections by a stone colonnade. Here well watered lawns, a rarity in scorching Malta are shaded by magnificent tree specimens, some of which are hundreds of years old. A number of these trees have been planted by distinguished visitors over the years and are still flourishing. These include a Sapindus Indica planted by King Edward VII in !903. Araucarias were planted by Queen Alexandra in 1907, by the Duke of Coburg and Gotha in 1910 and by the Duchess of Cornwall and York in 1901. A Quericus Robur was planted by the Dowager Empress Marie of Russia during her stay at San Anton breaking her voyage into exile in 1919.An Accacia Farnesiana was planted by the Duke and Duchess of Edinburgh to the commemorate the birth of their daughter, Princess Victoria Melita "which occurred in the Palace Antonio on 25th November 1876" has long since died, but the marble plaque remains to record the event. 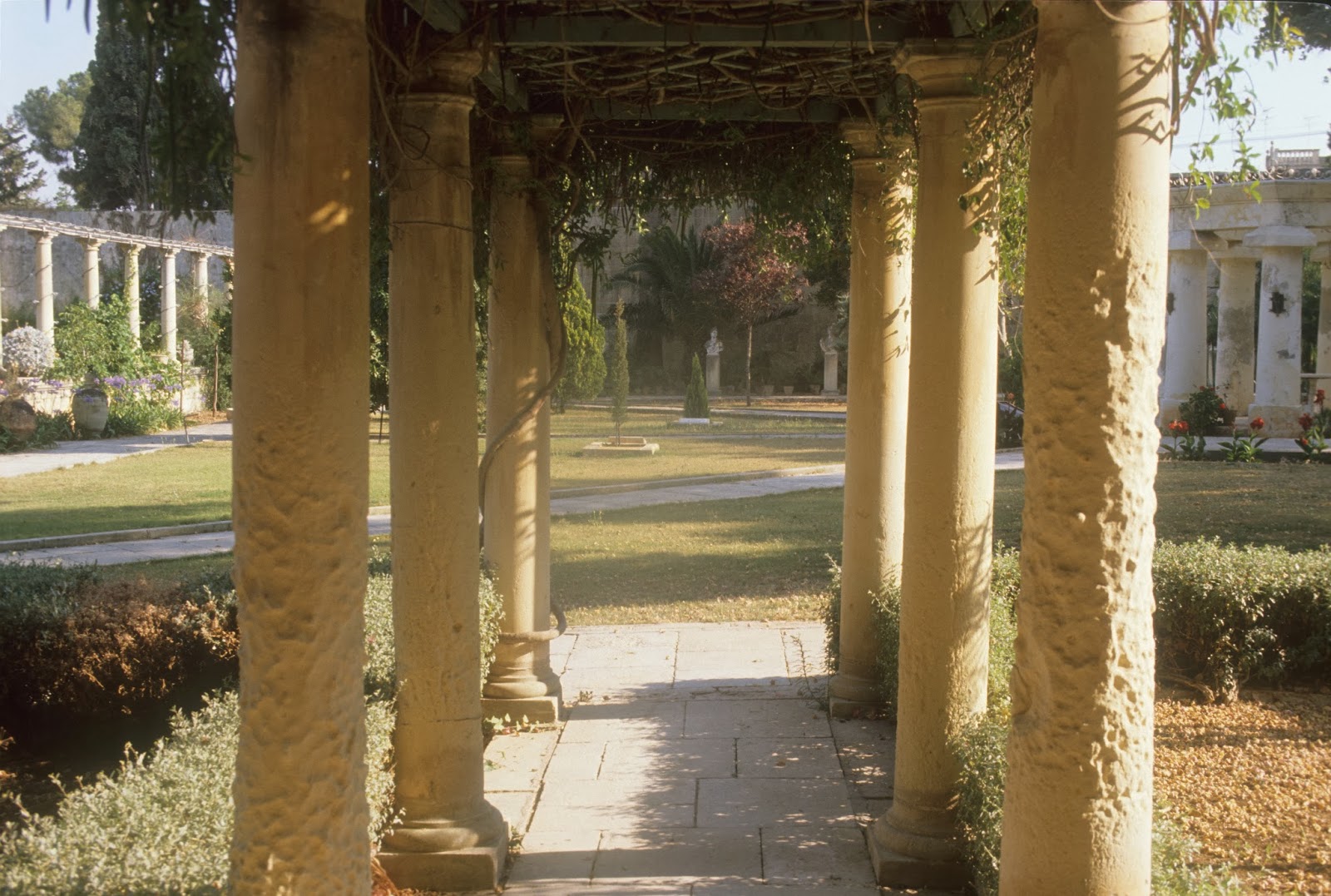 The private garden to the North West is another lovely garden with flowers, fish ponds and majestic trees. Here there is a tree that was planted by the German Emperor Wilhelm II in 1904. Taking a walk through the gardens on Saturday 26th April 1919 the Empress Marie of Russia caught sight of the tree and jabbed at it with her parasol saying, "Why do you keep a tree planted by the Kaiser - horrid man - why don't you pull it up?" With the reply that it wasn't the tree's fault, H.I.M. just laughed and turned away.A high wall separates this garden from the orange and lemon groves beyond. Two oaks close to the tennis court were planted by Elizabeth II and the Duke of Edinburgh in 1954.  The tennis court was installed during the time of Governor Bonham-Carter (1936-40) 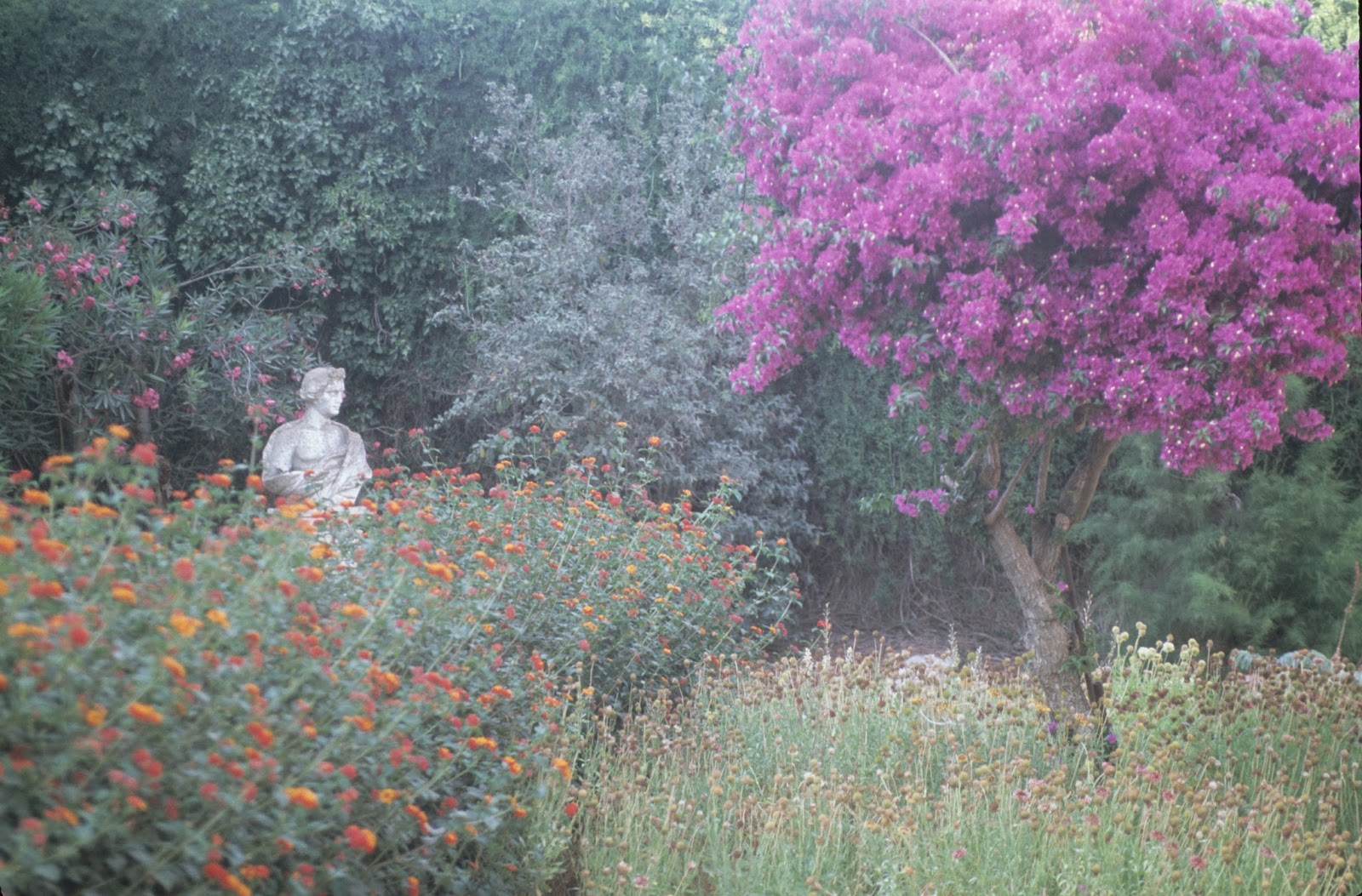 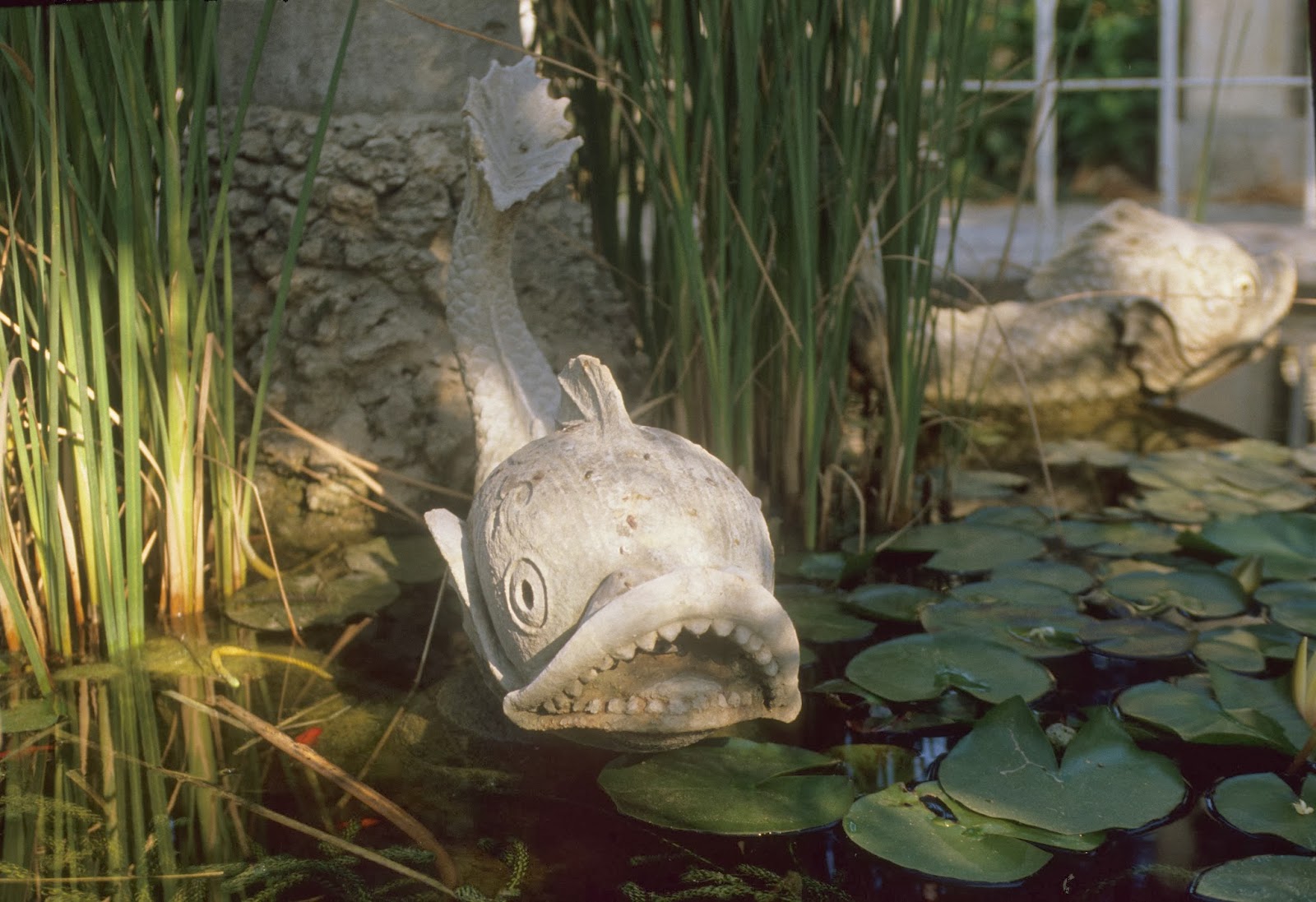 A small door in the boundary wall, locked since time immemorial is reputed to have been used by Flamina Valenti, mistress of Fra. Antoine de Paule. The lady had been installed in a lovely old house in St. Anthony Street, that had a common garden wall with San Anton. Her assignations in the lovely gardens with the grand master drew the mounting disapproval of the Inquisitor Fabio Chigi (later Pope Alexander VII). Their none too discreet affair was reported to the Vatican on several occasions, she was described in one letter to Cardinal Barbineri as the 'Grand Master's prostitute.' On more than four occasions renowned beauty Miss Valenti entered the Convent of the Repented in Valletta, but only after Fra. Antoine died in 1636 did she become a nun.

The oranges grown at San Anton have long had the reputation as the finest fruit grown on the island. Whenever the grand master wished to pay a complement to a friendly power he usually sent a gift of San Anton oranges. The tradition continued during the British era when the governor usually sent a couple of crates of the fruit to reach London for Christmas. Grand Master de Rohan bought more adjoining land to increase the size of the orange groves.

It was in 1882 that an earlier governor Sir Arthur Bortor gave over the larger part of the gardens for the recreation of the public, including the menagerie and the aviaries that housed among other birds gorgeous Golden  Pheasants 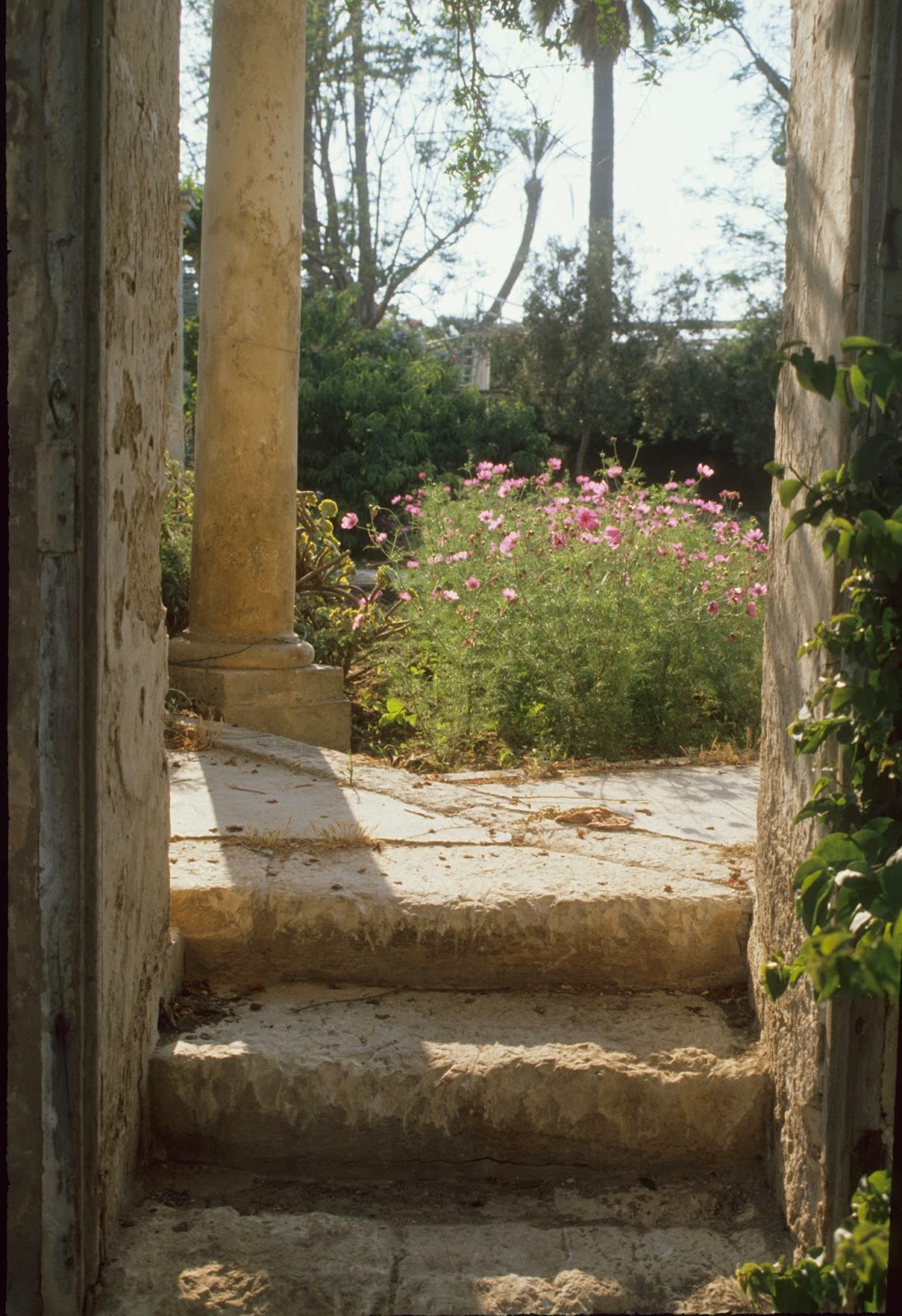 The kitchen gardens are aid out on the far side of St. Anthony Street at the western extremity of the gardens.The reservoir constructed in 1766, was later used a swimming pool, until 1970.
Posted by Jimmy Graham at 03:43