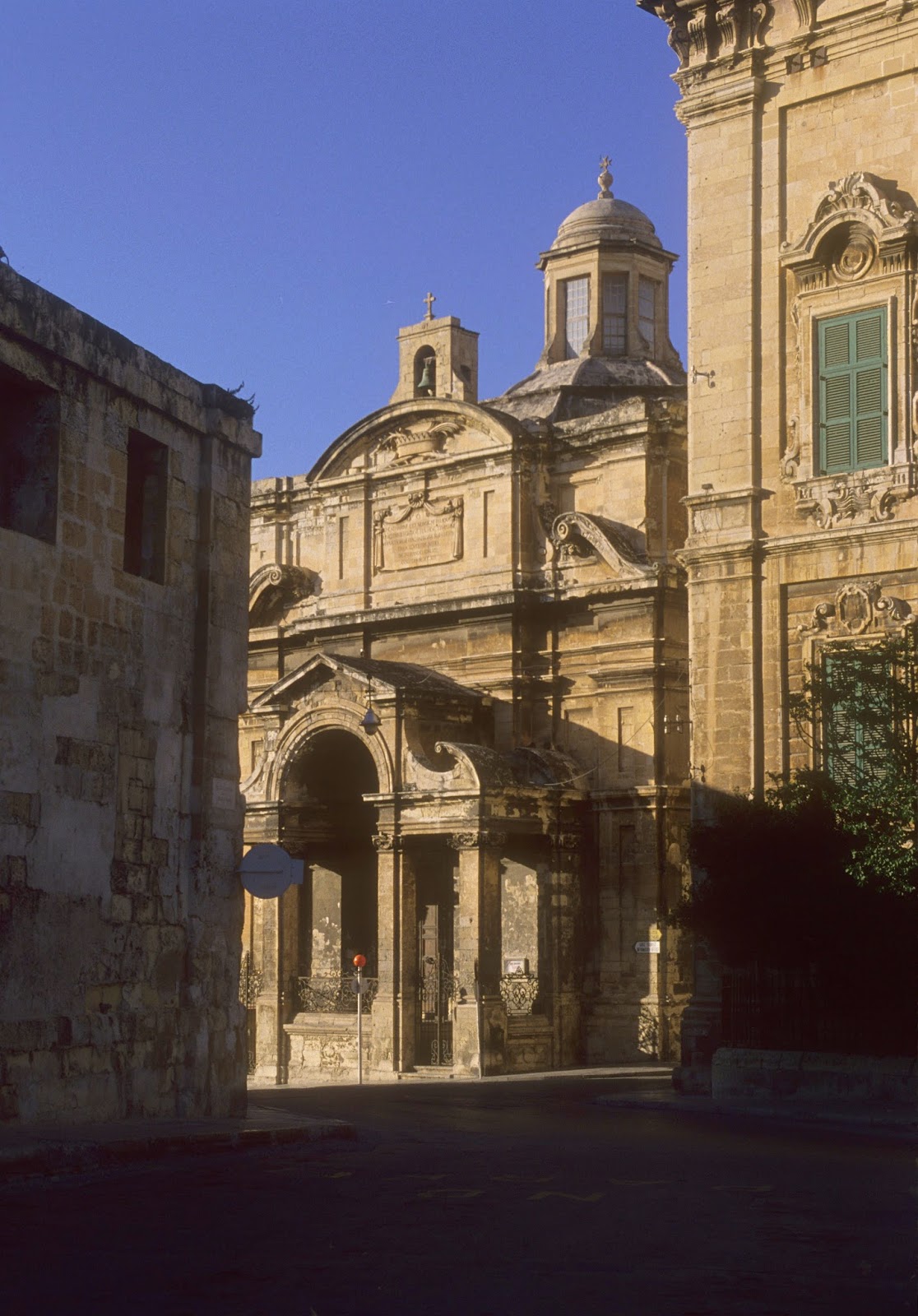 St Catherine of Italy was remodelled in the 1680's when it was given an octagonal floor plan, possibly under the direction of the architect Francois Blondel.  The church was remodeled again in 1713 by Romano Carapecchia who added the porch, now  St Catherine's defining feature. 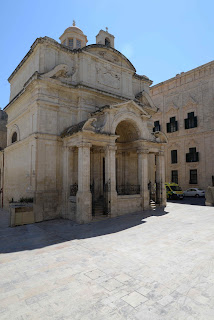 The altarpiece of the Martyrdom of St Catherine was executed in Naples in 1659 and donated by the artist Mattia Preti to the Italian knights to demonstrate his talent, and as such is one of the first works by the great painter in Malta. 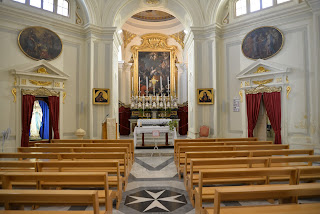 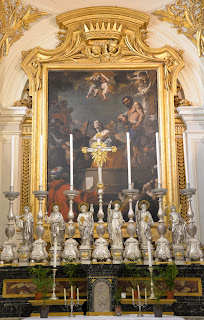 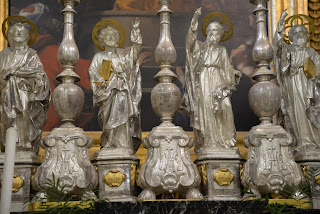 The Italian knights commissioned Preti to design the painting of the vault of St Catherine's although the work was executed by another artist. 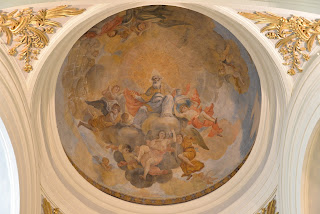 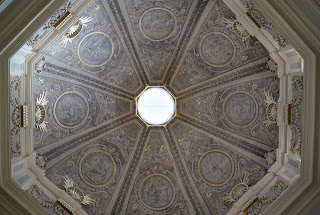 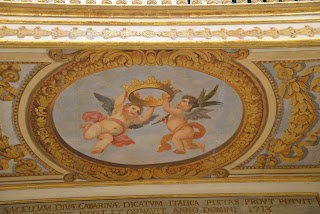 On the Feast  itself, at 8 in the morning, the Grand Master and the Knights Grand Cross a assembled once more at the Church of St Catherine for a High Mass. At the same time a high Mass  was celebrated in the Chapel of St Catherine in the Conventual church of St John. Then a procession was formed under the direction of the Vice-Prior to carry the Order's most precious relic, the hand of St John the Baptist through the main doors of St John's, down Zachary Street to St Catherine's. 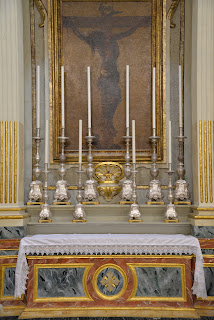 When the relic arrived at St Catherine's the Antiphon of the Benedictus was intoned before the procession then made its way back to St John's, accompanied now by the Grand Master and the Knights Grand Cross holding lighted torches.