Our Lady of Tortosa

Tortosa (modern day Tartus) on the coast of Syria is reputed to be where St Peter the Apostle said his first mass.  As early as the 3rd century, before Christianity was even tolerated, a chapel was built here to consecrate the site. The chapel has the distinction of being the first to be dedicated to the Virgin Mary and was popularly believed to have contained an icon of the Virgin painted by St Luke. This Sanctuary became an important pilgrimage site during the Byzantine Empire.

In 1123 the Crusaders began work on the Cathedral of Our Lady of Tortosa built to sanctify the site of the chapel dedicated to the Virgin, to provide a focus for visiting pilgrims. This supremely elegant building was erected on the cusp of the transition between the Romanesque and the Gothic. It has, with good reason, been described as the finest surviving example of Crusader ecclesiastical  architecture in the Holy Land. While the facade is severe and almost unembellished; apart from the main door, there are only five, high, Gothic windows. The interior has graceful columns,Gothic arches and soaring vaulted ceilings. The columns in the nave show marked stylistic variations from Romanesque at the east end to early Gothic at the west.

In 1152, Tortosa was captured by the Nur al-Adin whose army burnt and sacked the city, leaving it destroyed and deserted. After it had been retaken by the Crusaders it became apparent that the County of Tripoli lacked the resources to restore the city. So Tortosa was entrusted to the Order of the Temple which embarked on an ambitious  programme of fortification. Unique among the surviving Crusader churches of the Holy Land, the Cathedral of Our Lady is fortified. Defensive tower-like sacristies still stand at the north east and south east corners of the Cathedral. There were once also defensive towers along the western aisle bays, indicating  that the Cathedral was an integral part of the defences of  Tortosa. 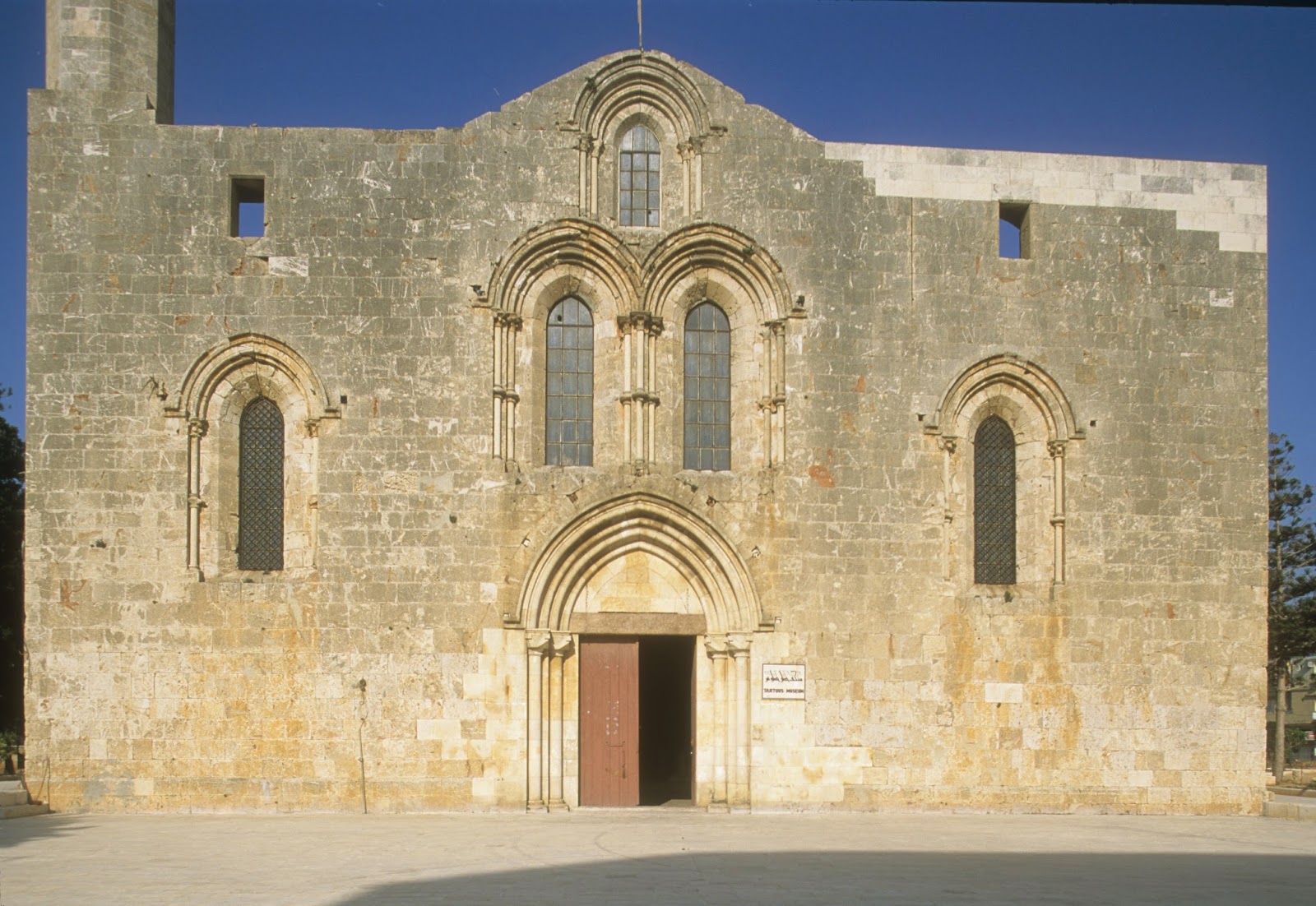 Today the (deconsecrated) Cathedral houses the National Museum of Tartus and houses artifacts from all historical epochs found across Syria.
Posted by Jimmy Graham at 02:00