Templecombe on the edge of the Blackmore Vale in Somerset became the most important centre of  the Order of the Temple in the west of England. In 1185 Serlo Fitz-Odo  who held the manor had given the land on the south side of the village to the Knights Templar.(The north side, Abbascombe belonged to Shaftesbury Abbey.) The preceptory buildings occupied the site of the manor house, and local tradition has it that the long building with the tiled roof that runs at right angles to the manor had housed the kitchens, stores and the refectory. In one of the kitchens a huge beam across the fireplace is admired locally for its length and size. The three walls of what remains of the chapel are now separated from the main buildings. The guest house has been identified with the former public house, the old Blue Boar. In 1312, after the suppression of the Order of the Temple, their properties, including the preceptory of Templecombe were handed over to the Order of St. John after which it became known as a commandery. 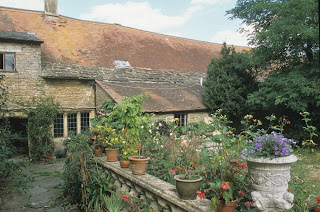 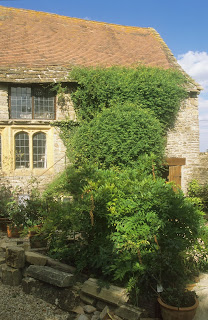 Next door to the old pub is a row of three cottages that had been known as the old Rectory and may  have been the presbytery or priest's house. It was in one of these cottages, during the last war that an extraordinary panel painting was discovered. The bizarre accusation that the Templars worshiped an idol in the shape of a head has not ceased to fascinate the public, with predictable consequences. The painting of a head painted on a panel from Templecombe has been cited as evidence for idol-worship. But the image surely dates from the Order of St John's period. Although carbon dating dates the panel to c1280, the "head" depicts their patron, John the Baptist, on a charger. 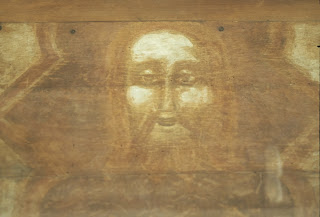 In 1539 after the Dissolution of the Monastries, Templecombe was awarded by Henry VIII to William Sherrington who also obtained Lacock Abbey. The former commandery was later bought by Richard Duke who reorganized the buildings and built the present manor house.