After the battle of Las Navas de Tolosa had broken the power of the Almohads, the Portuguese were able to push beyond the  southern  frontier across the River Tagus. As a result the Hospitallers gained extensive new lands centered on Crato which became the seat of the priors. The Hospitaller's estates in Portugal were grouped into what was known as the Priory of Crato. 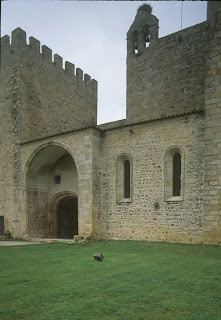 In 1356 the monastery palace of Flor da Rosa  near Crato was built as the residence of the priors. This  building, the project of the first prior of Crato, Fra. Alvaro Goncalves Pereira whose tenure lasted between 1340 and 1383  has been described as the most worthy act of a man who lived with scandalous indulgence. In his enthusiasm for the pleasures of this world he fathered  thirty two illegitimate children, but he was  eventually excommunicated for failing to pay his responsions to Rhodes
. 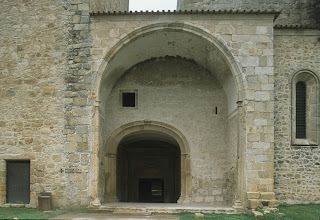 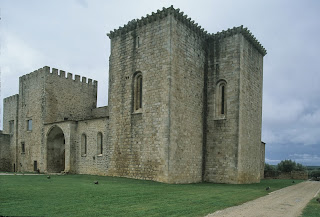 The severe appearance of the fortified palace and church is a worthy monument to spiritual aspiration however compromised Fra. Alvaro was by his addiction to the pleasures of this world. This was the golden age of the Priory of Crato's power and prestige. The prioral estates amounted to a virtual autonomous principality that included  ten towns and twenty nine villages.The prior of Crato held the rank of count and was later accepted as a grandee of Portugal. The Vicar General of Crato was a mitered prelate whose jurisdiction in religious matters within the priory was absolute. 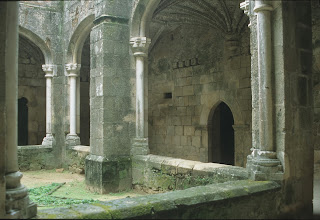 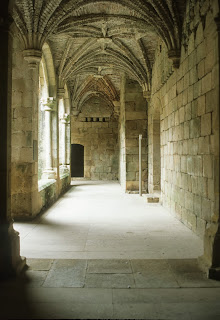