In Malta Grand Master Fra. Antoine de Paule is best remembered for his country house. San Anton or the palace of San Antonio is at the village of Attard, four miles from Valletta. A Frenchman from Provence Fra. Antoine de Paule ruled  the Order of St. John, and Malta from 1623 until 1636. While Prior of Saint Gilles he had already bought the land and built himself a modest villa, named after his patron saint. On assuming the magistry  de Paule enlarged his country retreat into a palatial residence, for entertaining his friends and guests in the princely style to which he became, rapidly, accustomed. Verdala Castle the old summer residence of the grand masters was too distant and far too austere to meet Antoine de Paule's desire for a convenient, retreat  from pressing affairs of state. On the day of his installation as grand master, 24th April 1623, Fra. Antoine  entertained 600 guests to a lavish lunch at San Anton. 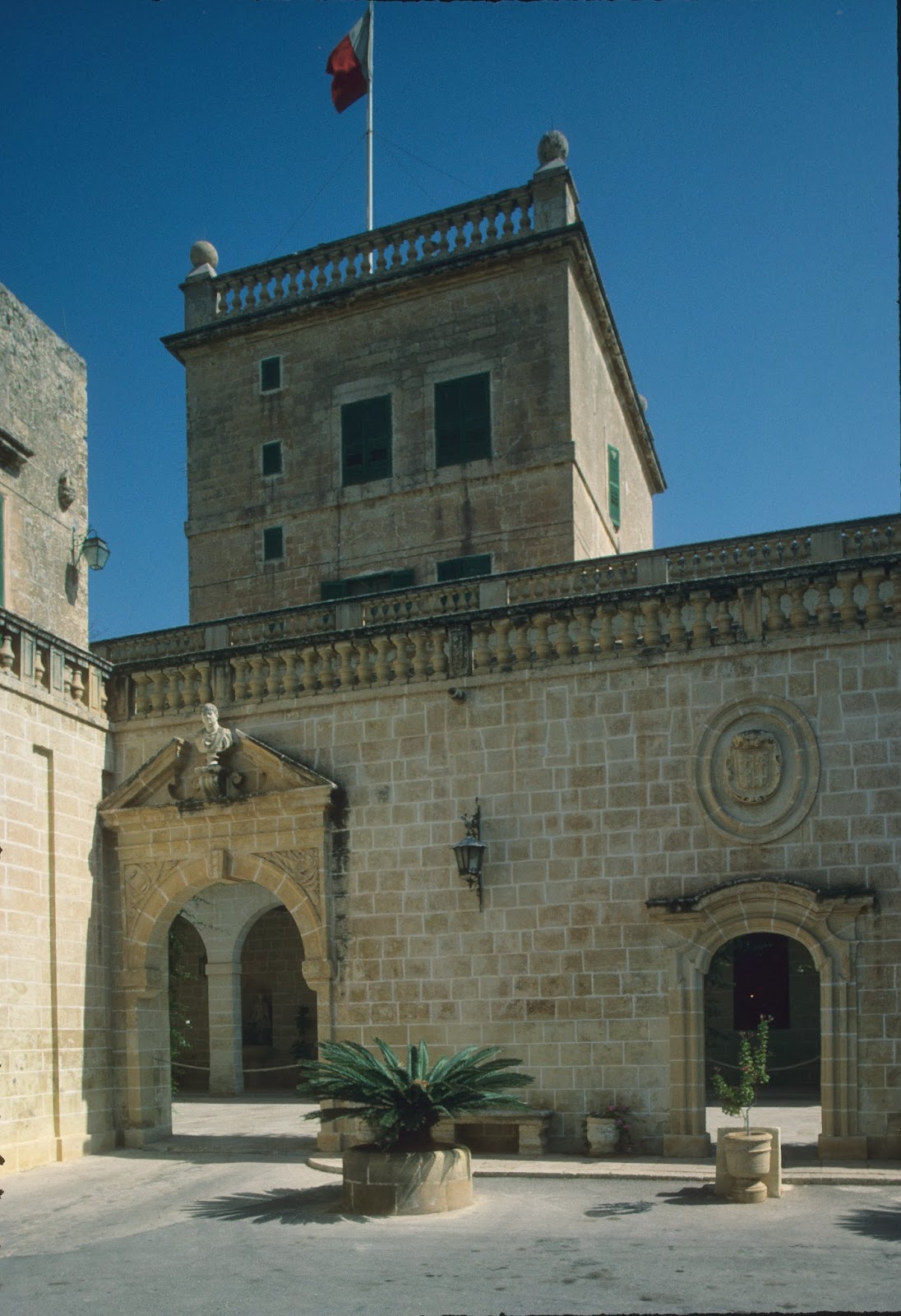 Fra. Antoine de Paule was already an old man of seventy-three when he ascended  the magistral throne. But from the start he was beset by one embarrassment followed by another. He was forced to defend  his personal dignity and the sovereign status of his Order with the greatest vigour from the interference of  Pope Urban VIII and his rapacious nephews, the Cardinals, Barberini.The new grand master faced  serious charges of simony and bribery in obtaining his high office. Added to which, he also a reputation as a libertine and for shameless self-indulgence. In response De Paule sought to shore up his beleaguered authority by the assumption of ever greater luxury and ceremonial than any of his warrior predecessors had presumed. He dined under a crimson canopy and maintained an enormous household. 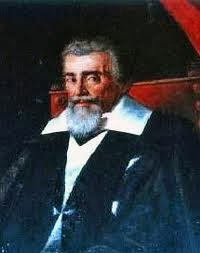 Elizabeth Schermerhorn catalogued the retinue which was fed and lodged by the grand master,"There was besides the Seneschal of the Palace, who was a Knight, and the Maitre de l'Hotel, the Grand Master's four valets and twelve pages, his five chaplains and two physicians and his confessor. There were twelve grooms and eight chausseurs and the guards of the Palace and of the falcons. And there was the Butler and the Steward, with three cooks and five scullions; there was a coffee-maker and a rat-catcher and a keeper of the storeroom; pantry servants and valets- de- chambres, besides book keepers and three secretaries (one for each of the languages represented in the Order.) There was also a game-keeper who gave our permits for the hunting season, which lasted from the Feast of St. Mary Magdalene to Easter; a fencing master and a teacher of "grammar" for the pages; a man toregulate the clocks, a house carpenter, and the drummers and trumpeters, and but one wig-maker - for the days of voluminous wigs was not yet dawned. Bread always played an important part in the economic life of Latin communities and accordingly we find, in addition to the miller and the man who gave out the corn and the man who pounded it and the six bakers, a whole retinue of people attached to the Palace bakery, solely engaged in the distribution of the bread, not only to the Palace, but to its retainers and to the poor and to certain orders of monks and nuns, to the hunters and gardeners and archers belonging to the Palace, and to the guardians of the Palace slaves; and there was a man who baked the bread for the hunting dogs. Add to this the people of the stables, the coachmen, saddlers, mounted horsemen, blacksmiths, farriers, and the twelve men in livery and twelve stable boys - it will appear that considerable "glosinge" was required  in order to make those vaunted vows of poverty cover the necessary state that waited on a Grand Master of the 17th century.

The new grand master converted his original house into stables and built a sprawling new palace radiating from a central square tower. He bought up more land which he added to the gardens. The palace was completed by 1625, although there have been alterations and additions since then. With the exception of the tower, the palace is built on two storeys. The ground floor accommodates the kitchens, stores and pantries, the offices, stables and guard rooms. The palace's two chapels are also on the ground floor. The palace's main reception rooms, two bedroom wings and the grand master's private apartments  are all on the piano nobile.

The main reception room is the Drawing Room, off the hall at the top of the entrance staircase. Surrounded on three sides by the arched veranda built by Captain Ball at the start of the British occupation the room has views over the surrounding gardens. The Drawing Room is furnished with a mixture of Maltese and English furniture and is used today for small receptions, of up to 150 people, and is the room where guests assemble before going into lunch or dinner. 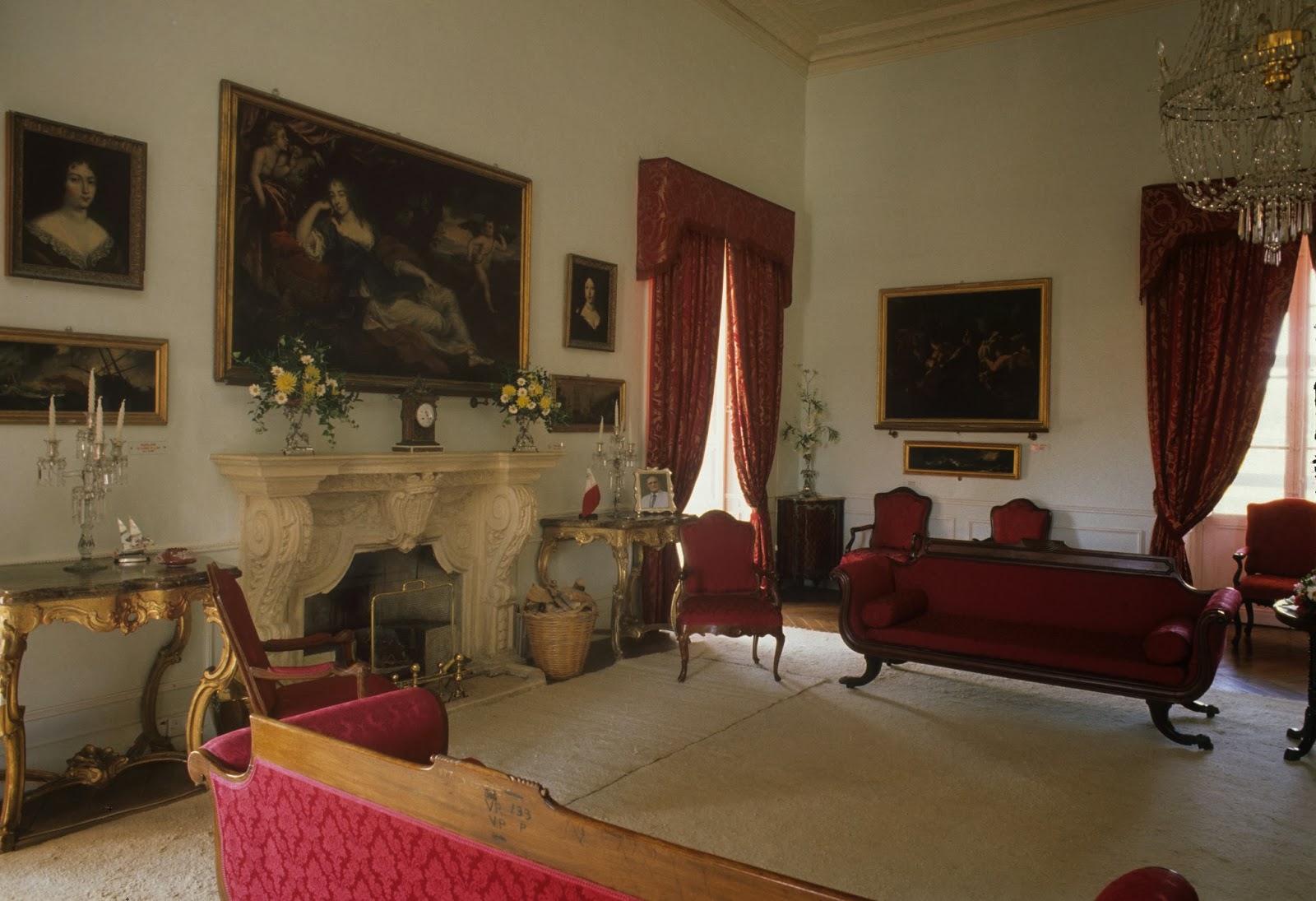 The hall at the top of the entrance staircase is  used as an additional reception room when the size of the guest list demands it. 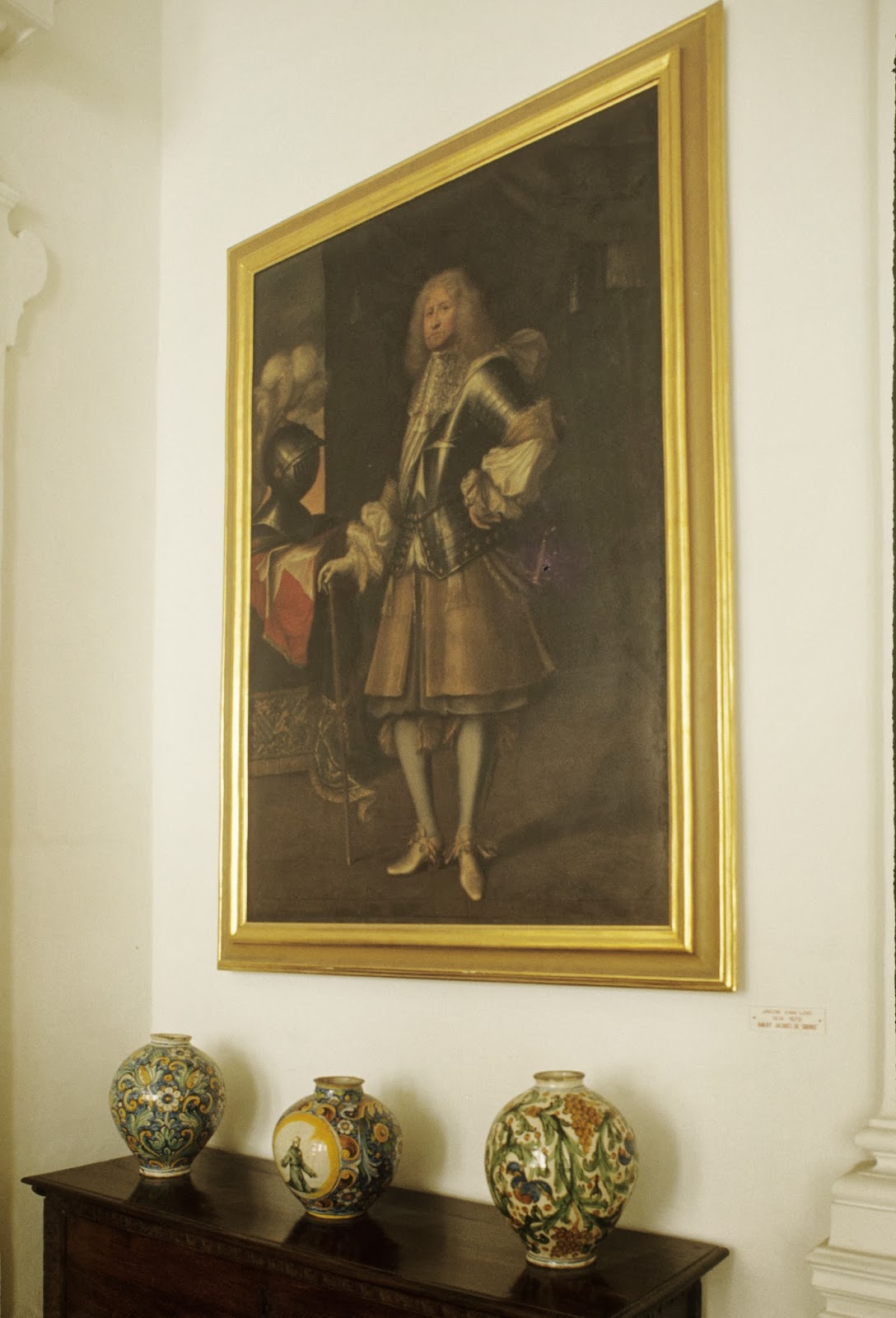 The banqueting hall, now known as the dining room is a large airy room with an alcove at one end supported by two columns, and a door at the other end that opens onto a small flight of steps leading down to one of the private gardens. Six full length portraits of grand masters, including Adrien de Wignacourt and Phillipe Villiers de l'Isle Adam line the walls. 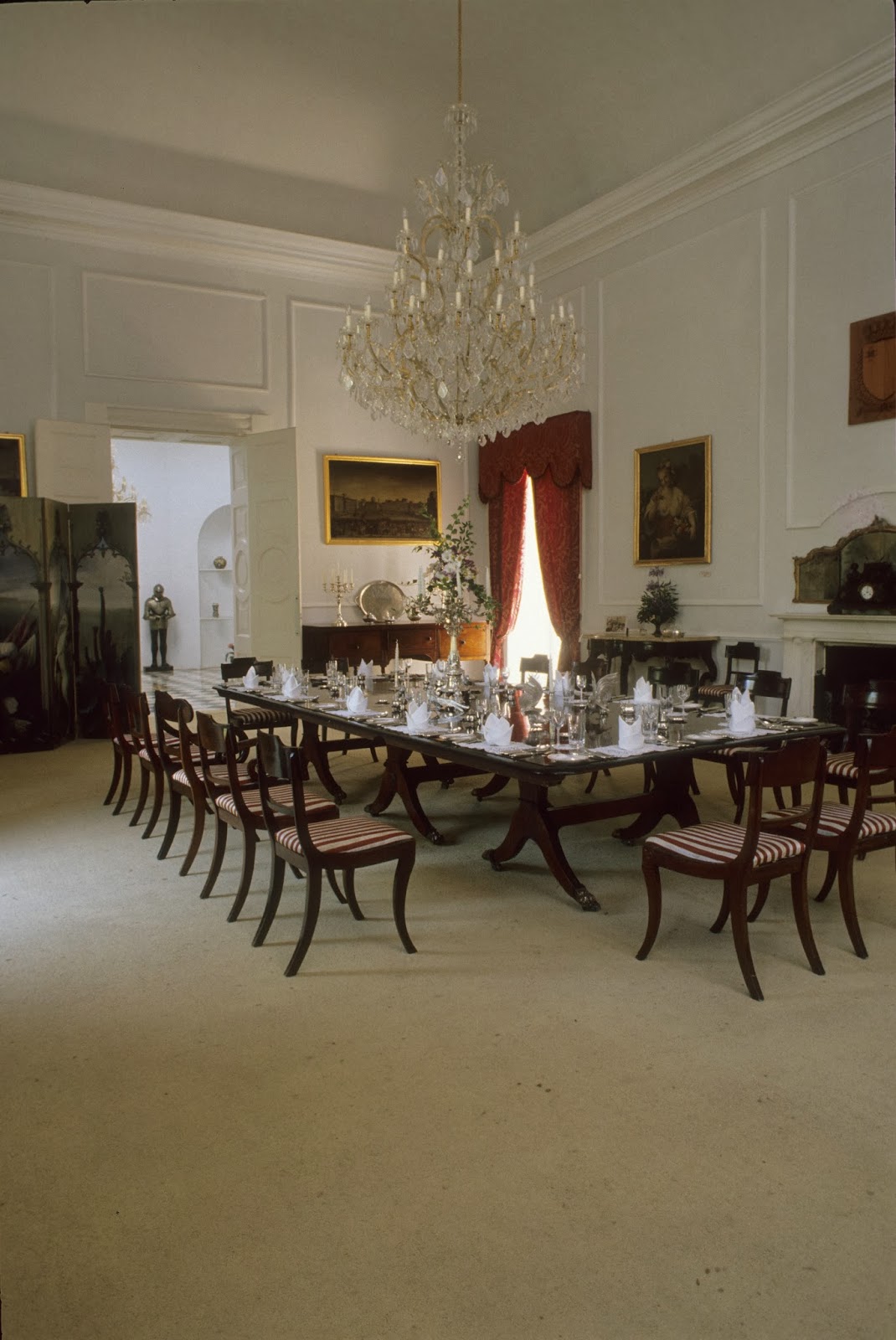 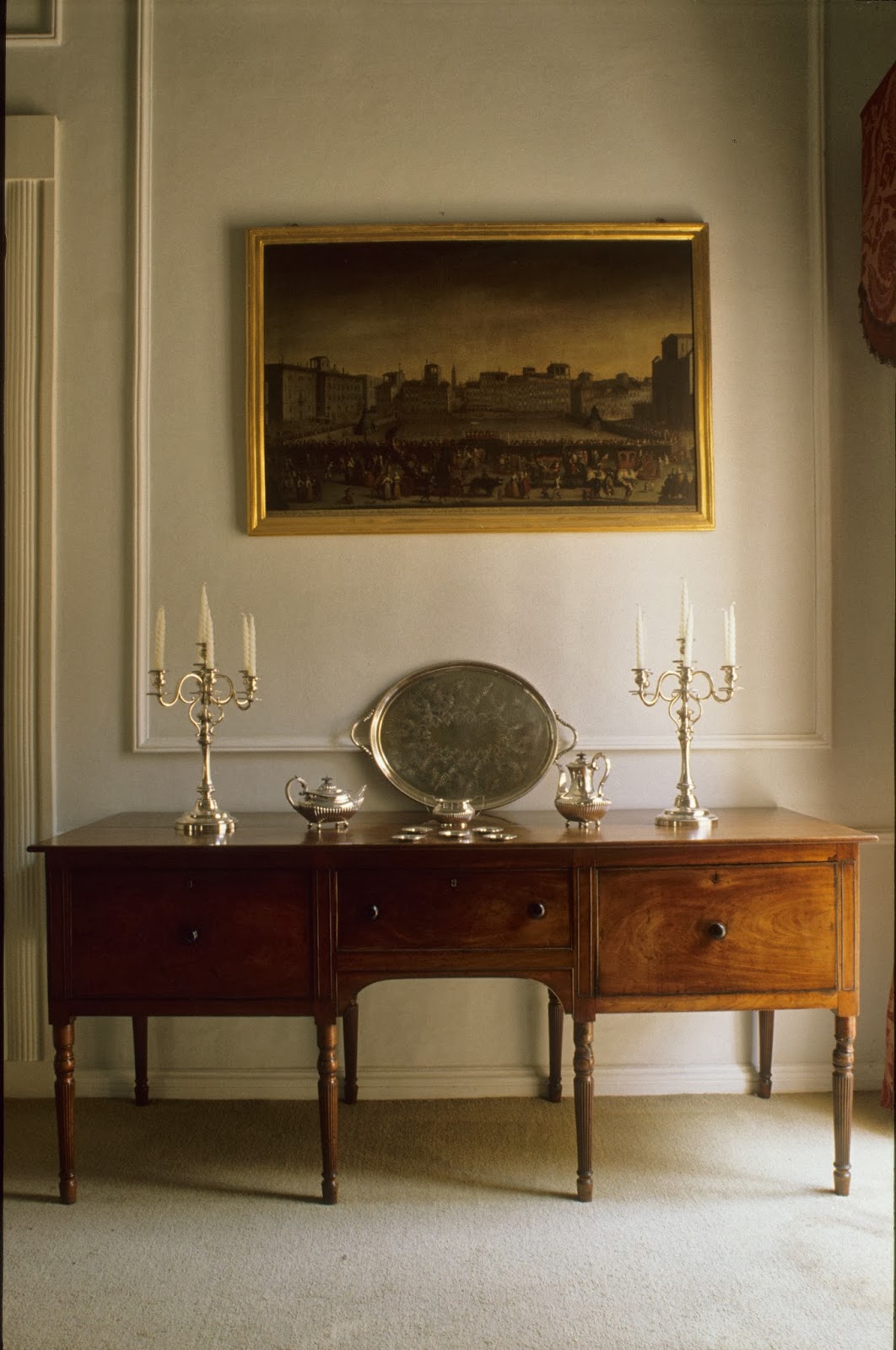 The Octagonal Hall  also known as the Marble Hall features four alcoves, two of which are used for the display of a fine collection of Majolica vases manufactured in Caltagirone, Sicily. These vases were used for storing medicines and drugs at the hospital of the Order and were brought to the Palace from the Sacra Infermeria. 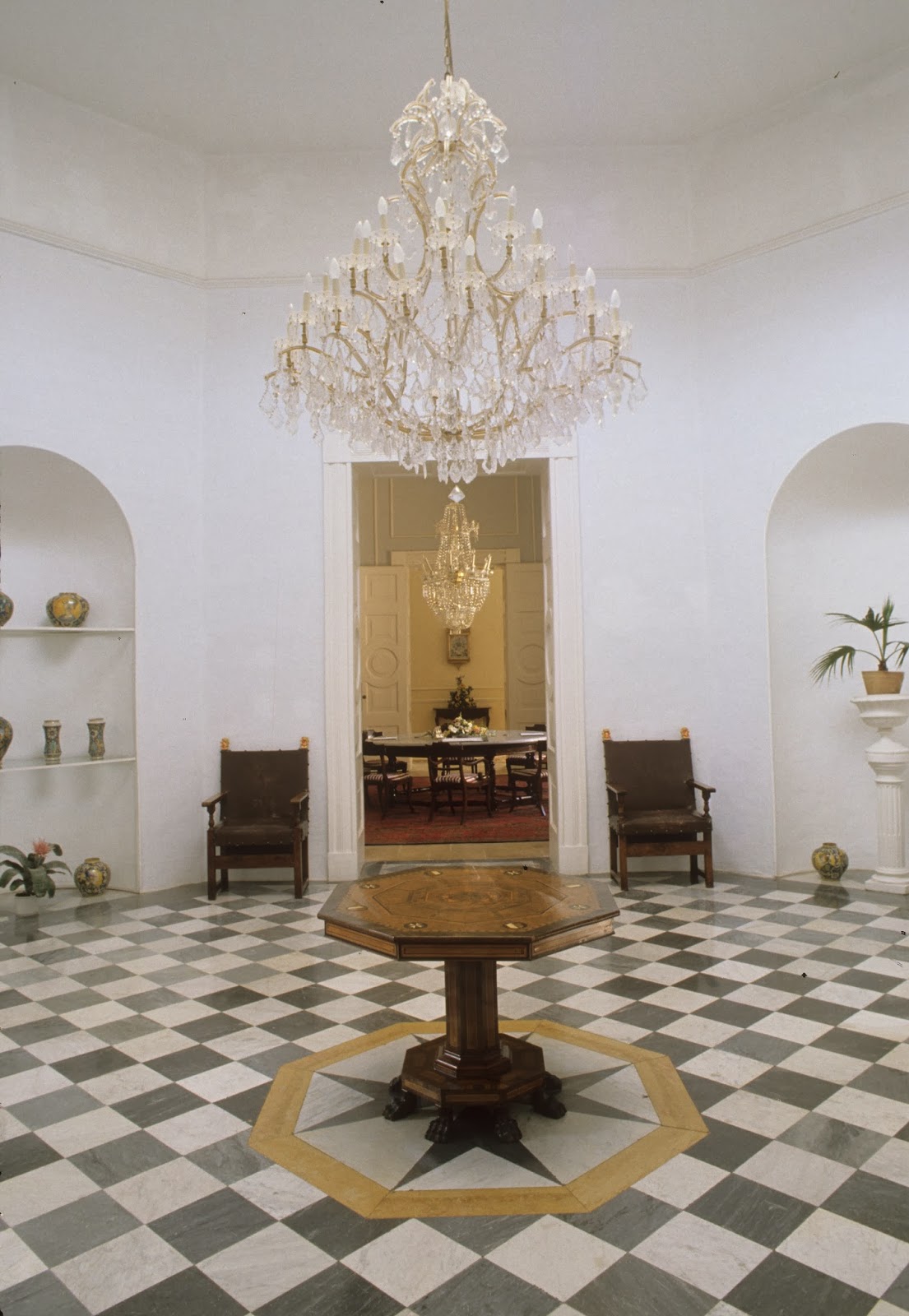 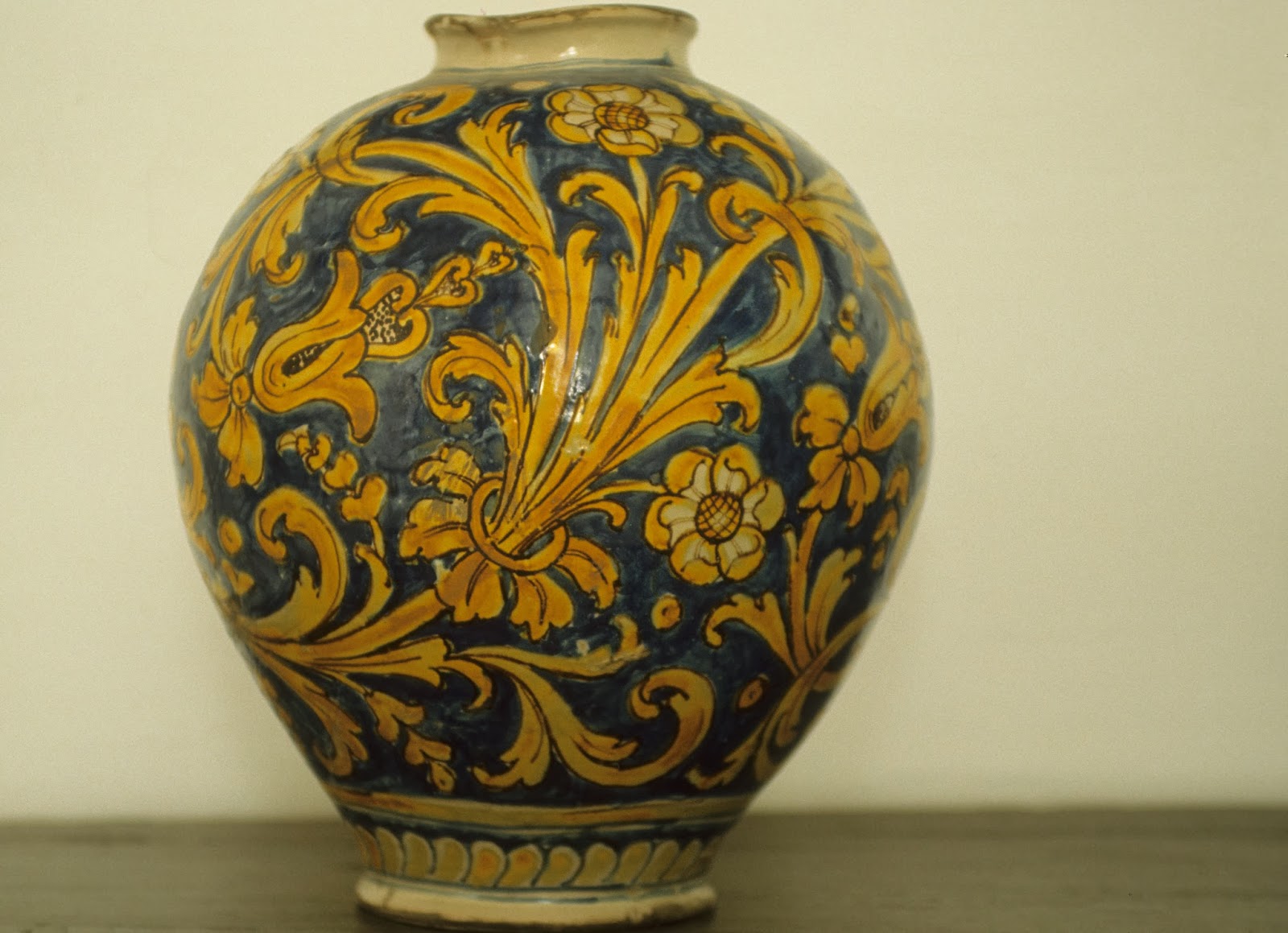 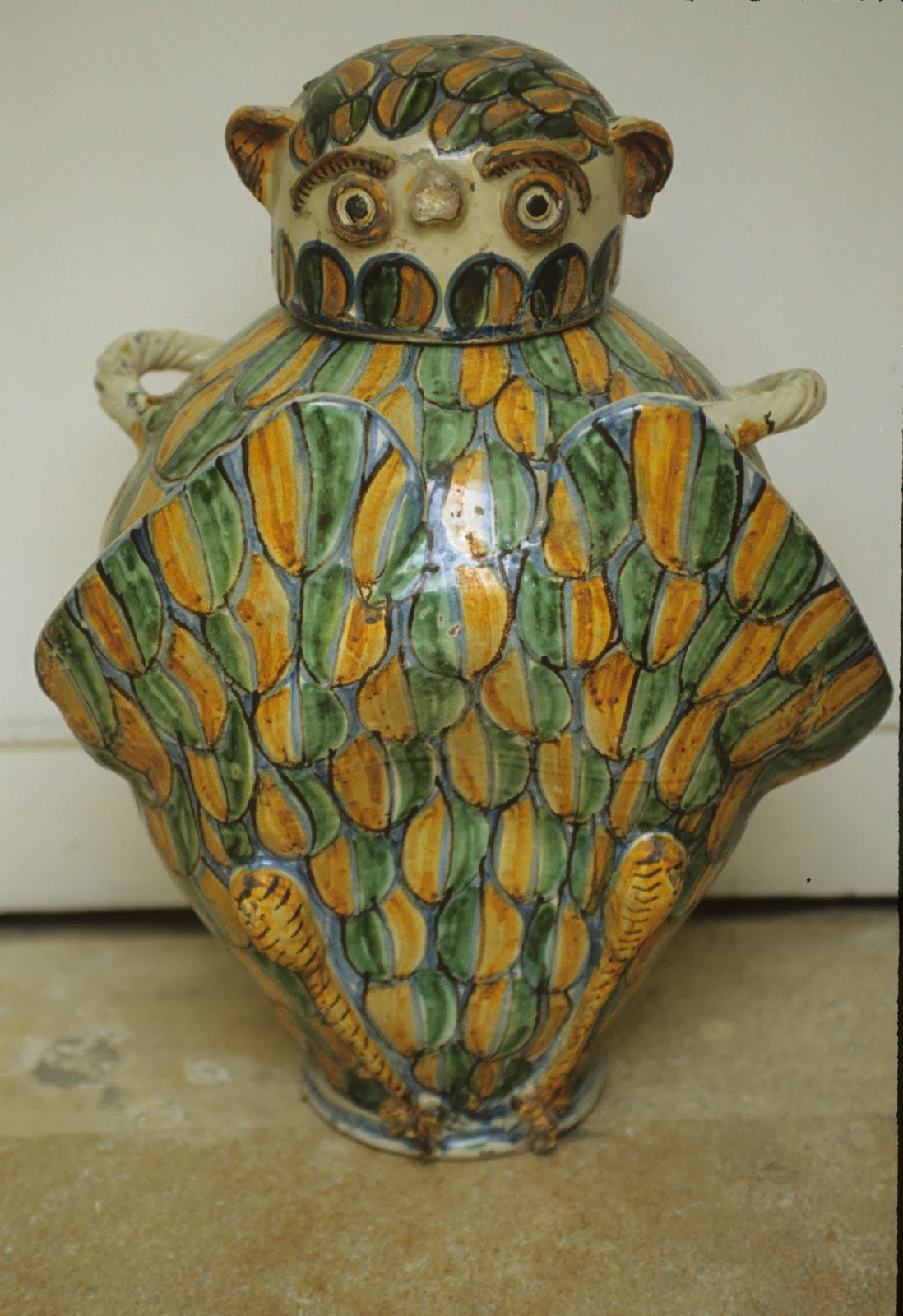 Double doors lead from the Octagonal Hall into the room used for official meetings and the signing of treaties and state papers. 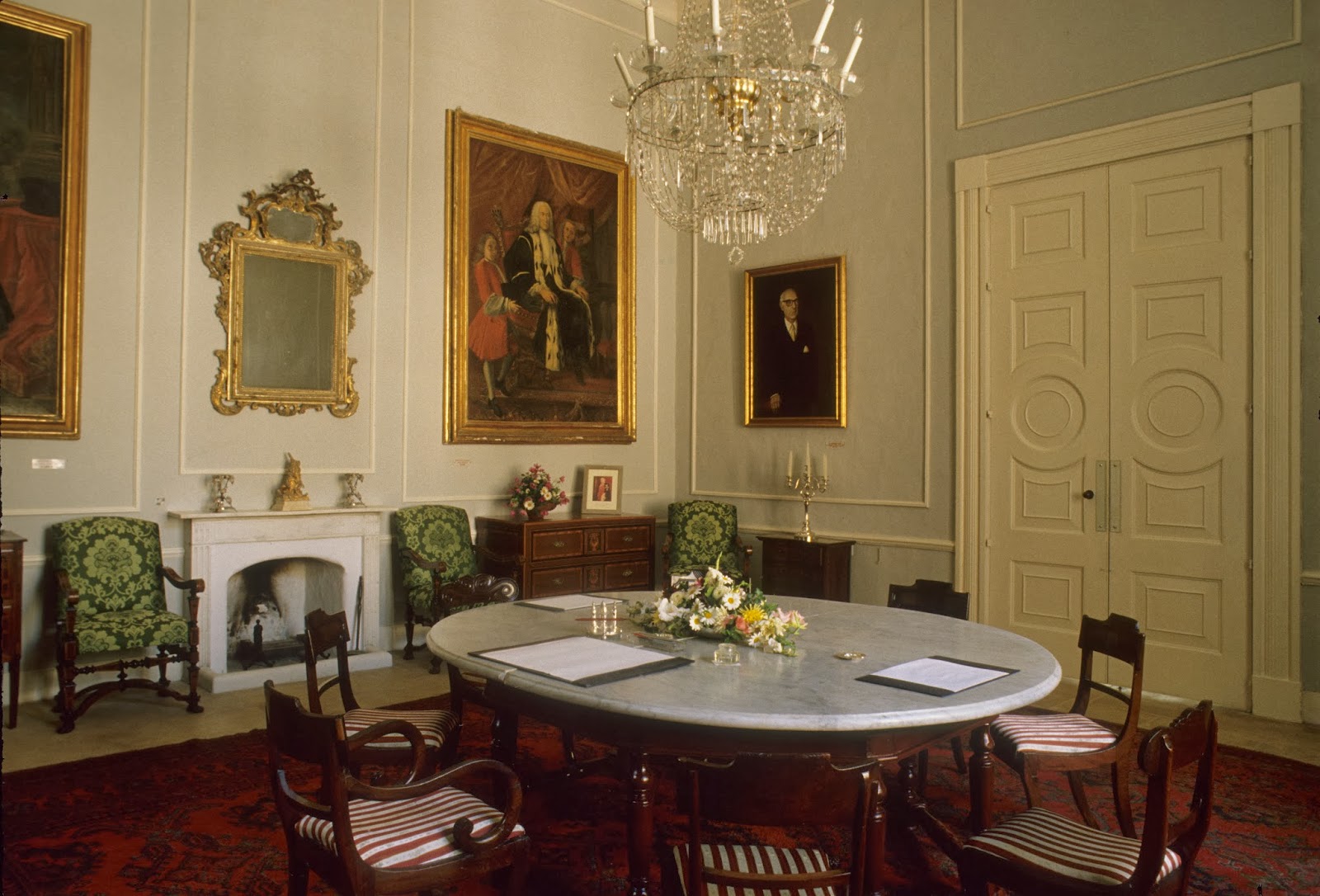 The long room is an  informal  drawing room dominated by a full length portrait of de Valette on the battlefield. The room is also furnished with floral paintings, mirrors, an antique Maltese wall clock and two large inlaid Maltese chests of drawers. This  is where the president's guests gather after lunch, prior to  their departure. 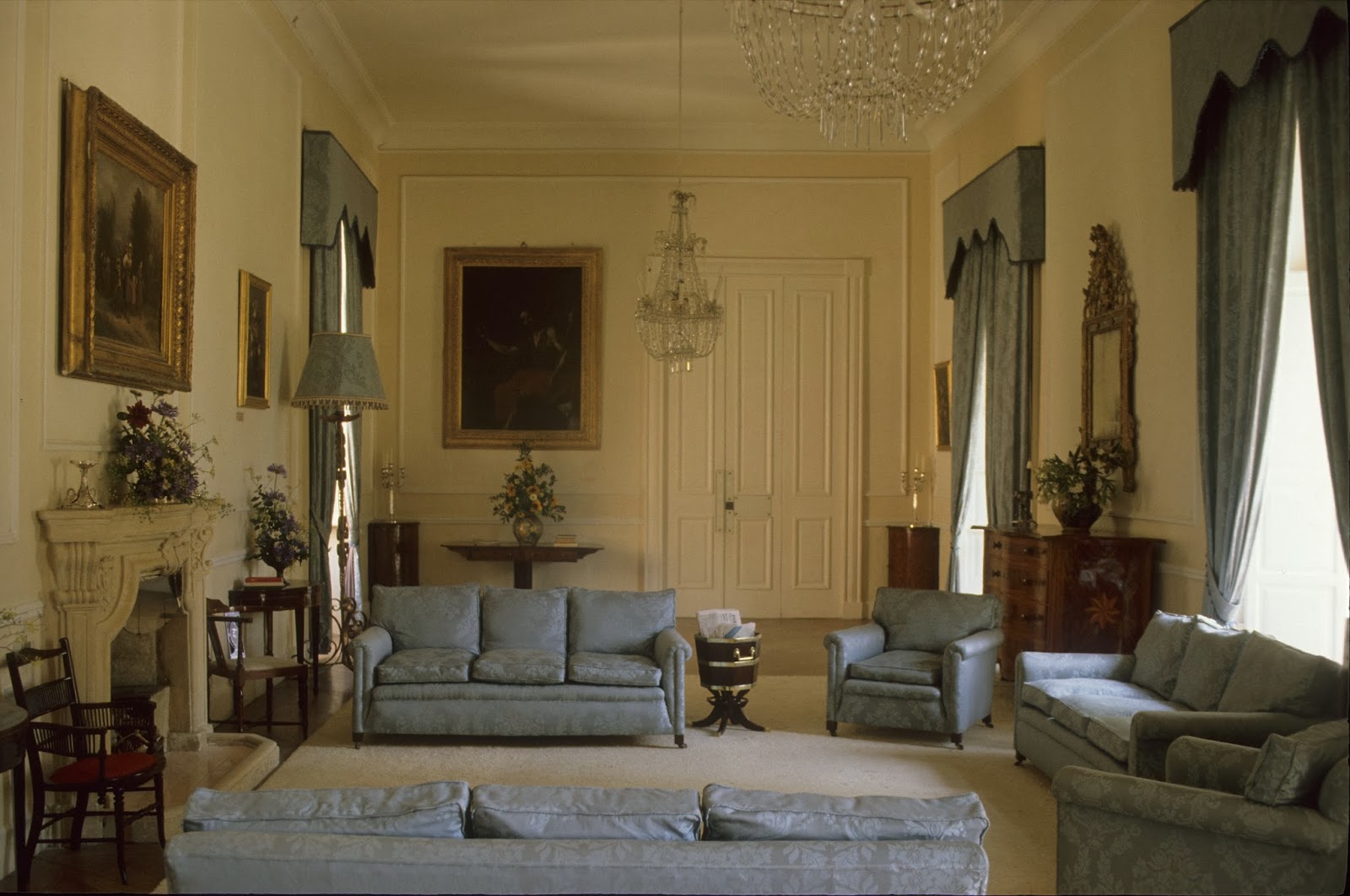 De Paule  bequeathed the palace to his Order, its rents to be used for the maintenance of the galley fleet and so San Anton became the principal country residence of his successors. In the colonial era the palace was the official residence of the British Governors and today it is the residence of the head of state, the President of Malta.