The vulnerability of Vittoriosa to bombardment from the heights of Salvatore and Sta. Margherita was demonstrated in the Great Siege of 1565. For three months the Vittoriosa land-front was subjected to a continuous barrage, the guns only pausing to allow the Turkish infantry to attack. After the siege the fortifications of Vittoriosa were rebuilt and then strengthened by the addition of the cavaliers of St. John and St. James in 1588.  This however did not address the fundamental weakness of the site. The solution would be to deny the heights to the enemy by enclosing them in a new line of fortifications.

In 1638 Vicenzo Masculano da Firenzuola was invited to Malta by the Grand Master, Jean Paul Lascaris Castellar. He was an Italian born in 1578 who became a Dominican Cardinal and was later Vicar General of his Order. He was a friend of Galileo Galilei and was one of the most distinguished military engineers of the day. He placed his proposals before the Council on 28th September and recommended the encirclement of the Sta. Margherita hills. He envisaged a semi-circular enciente, enclosing Bormla, with six bastions and curtain walls linking them  to the Vittoriosa and Senglea land-fronts. The Council approved the plan and the foundation stone was laid, with due ceremony, by Grand Master Lascaris on 30th December 1638. 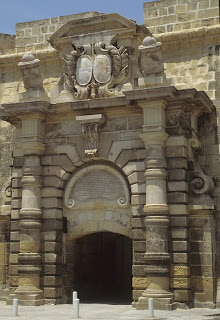 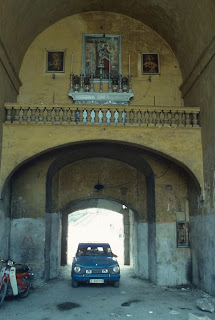 The decision to implement Firenzuola's plan did not prevent criticism from other engineers, among them Claudio Riccardo, Domenico Guazzo and Nicholas-Francois Blondel. They considered  the design far too ambitious and costly. The critics notwithstanding, work on the lines continued until 1645 when a lack of funds caused work to stop. For the next twenty years the lines were all but abandoned. 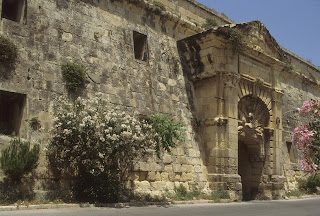 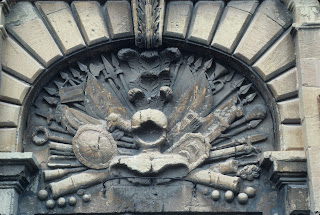 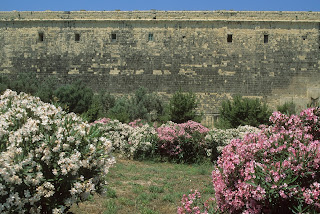