The former convent chapel of the Franciscan Sisters was dedicated to St Elizabeth of Hungary on 14th April, 1646. The foundation stone had been laid by Queen Marie de Medici on the 14th April, 1628. The church was designed by architect Paul de Gonde, the future archbishop of Retz. The Convent of the Franciscan Sisters owned the church until the Revolution. During the Revolution it  was used a warehouse for animal feed and was then given over to the Cult of the Concordant. The building only became used as a church again in 1829, as the parish church. 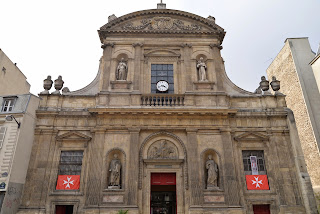 In 1938 the Archdiocese of Paris gave St Elizabeth to the Knights of St John of Jerusalem. It is now the mother church of the Order of Malta in France. 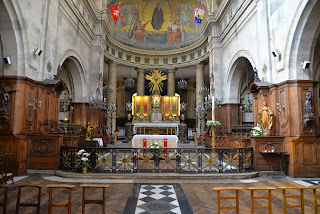 St Elizabeth is on the rue de Temple, just down the street from the Temple Gardens, site of the former Prioral Palace. Father Xavier showed me five paintings in the church depicting the buildings of the enclave of the Temple, including of the church of St Mary of the Temple, the tower and the palace. The most poignant painting depicts the parting of King Louis XVI from his family three days before his execution. The royal family had been held captive in the tower of the Temple after being taken there from the Tuileries. On the orders of Napoleon, the Temple was raised to prevent it from becoming a place of pilgrimage to the martyred royal family. 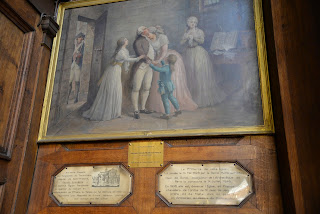 The sculpture of tower of the Temple was carved from a piece of stone from the demolished edifice. 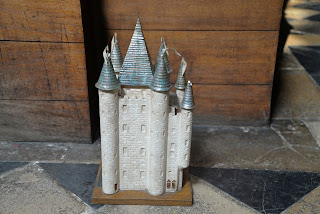