Dinmore was the third richest commandery belonging to the Order of St John in the Priory of England. (Wales and Scotland formed part of the English priory). Its estates stretched from Shropshire  through the Welsh marches to the Severn and west into Gwent and Glamorgan.

Dinmore was founded before 1170 by a brother of the Order named Thomas in the reign of Henry II. A brother William was the first commander. The gift was confirmed in 1190 by a charter granted by Richard 1 ( the Lionheart) who added a further gift of his own and conceding the privilege that any disputes concerning the property could be tried by a royal court and before a royal justice. The charter was witnessed by Archbishop Baldwin an ardent protagonist of he Crusades. King John prohibited the sheriff of Hereford from disturbing the brethren or their tenant sin the county. On 9 September 1251 Henry III granted the Hospitallers hunting privileges and free warren on their estates at Dinmore.

Dinmore is six miles north of the city of Hereford on a commanding site almost on the summit of Dinmore Hill with extensive views aver the country to the southeast. Little is known about the plan of the original domestic buildings as the house on the site has been almost entirely rebuilt. 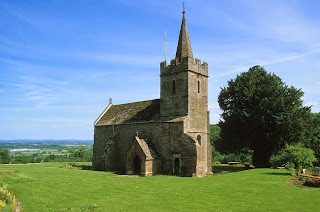 The only building on the site to date from the Knight's occupation is the commandery chapel, to the south of the manor house. This small building, of considerable beauty is of Norman origin that appears to have been reconstructed in the 14th century when the east end of the building was extended and the tower built at the west end. The chapel consists of a nave with a north porch and a west tower with a tall spire. At the apex of the west end of the chapel is the patriarchal cross of Jerusalem. 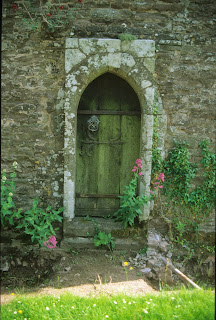 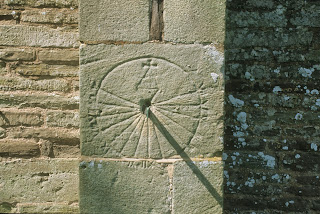