Temple Balsall in the Forest of Arden was gifted to the Knights Templar in 1146 by Roger de Mowbray. He was a major patron of the Order and an enthusiastic supporter of the crusade, so much so that he went on crusade three times himself . On the last occasion when over 65 he was taken prisoner and had to be  ransomed by the Templars, he was buried in the Holy Land. 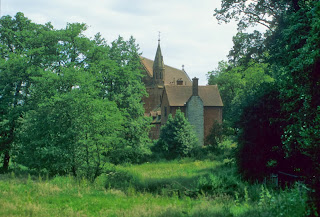 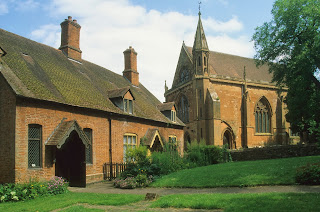 Temple Balsall had by 1226 became a preceptory, an administrative centre for other estates gifted to the Order in the area, and was overseen by a senior member of the Order known as the preceptor. It would have been a large establishment, the domestic buildings including the hall and the preceptor's lodging attached to it, a pantry, buttery, kitchen, larder, bakehouse, brewhouse and a dovecot with boxes for 80 birds. The hall still stands, though it was covered with a skin of bricks in the eighteenth century. 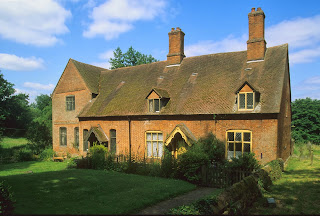 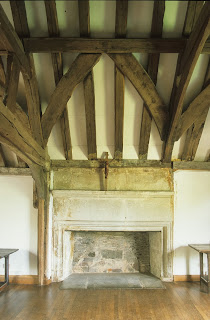 Only the preceptor and one or two others would have been members of the Order of the Temple. Most of the other members of the community living  at Balsall would have been involved in agriculture. At one time it is recorded that there were 19 people living in the home farm at Balsall. There were ploughmen and stockmen, a dairyman, a miller, a groom, two woodsmen,and a lad to make 'pottage' for the labourers. In addition there were also six pensioners who had board and lodging in return for their faithful service to the Order. 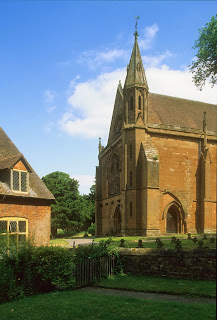 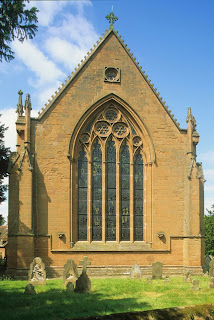 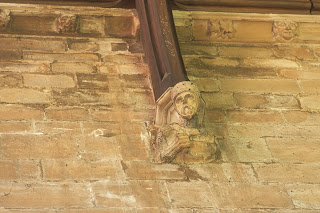 The chapel was the last to be built by the  Templar's  in England before their suppression. After falling into disrepair in the seventeenth century the chapel was restored by George Gilbert Scott in 1849. In the Order's day there were three chaplains who said Mass every day and a deacon to serve them.

With the loss of the Holy land the fabulously wealthy and powerful Order had lost the very reason for its existence, the protection of pilgrims. This weakness allowed the Order's enemies to strike. Seizing the opportunity the King of France moved against them using  trumped up charges of heresy, homosexuality and obscenity. The Templars in France were suddenly arrested in 1307, tortured and tried. Almost one hundred and twenty were burnt at the stake.

The Templars in England were also all arrested without warning in January 1308. Some were held in prison for over three years but nothing was ever proved against them. Five Templars were arrested at Balsall, a chaplain, two knights and two serving brothers. There was no mention of a preceptor. So the Order was suppressed.(An inventory made at the time of the arrests shows that the larder was well stocked for winter, including 38 sides of bacon, 2 hams,3 carcasses of beef, over 2000 herrings, over 100 dried fish and 7 cheeses.)

By an edict of Pope Clement, the Templar's possessions went to their great rivals, the Order of St John. The Knights of St John used the term commandery instead of preceptory, headed by a senior member of the Order known as a commander. At the time of the enquiry  into the state of the Order in England by Grand Prior de Thame in 1338, Balsall was headed by Commander Henry de Buckston assisted by Brother Simon Dyseny, a knight and Brother John de Sprottelee, a serving brother. The Commander Henry de Buckston was also of the rank of serving brother. There were two chaplains (not Hospitallers) who said Mass in the chapel and the rest of the domestic staff included a turnkey, cook, baker, a porter, three youths who acted as servants to the commander and a steward to hold the manor courts.

Temple Balsall was combined with their existing  commandery of Grafton, and the name 'Temple' became attached to Grafton although it had never been a Templar property. Two of the commanders of Balsall and Grafton rose to hold the office of Grand Prior of the Hospital of England, Robert Mallory, in 1433, and John Langstrother in 1470, but he was beheaded the next year after being captured at the battle of Tewkesbury, where he had fought on the losing Lancastrian side.

By 1470 Temple Balsall had ceased to be the residence of a commander, instead it was leased out to a lay tenant, John Beaufitz who live there. From then on the estate was farmed out until the Order of St. John was suppressed by Henry VIII along with the monasteries and other religious orders.

Preserved in the old hall are a number of heraldic shields which date to before 1540. The anchor device may have been awarded to William Weston, Grand Prior of the Hospital in England, 1527-1540 in recognition of his prowess at sea. 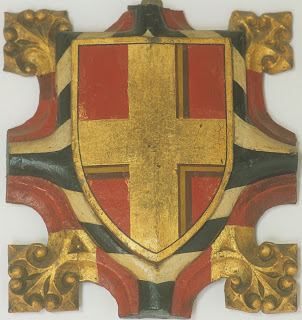 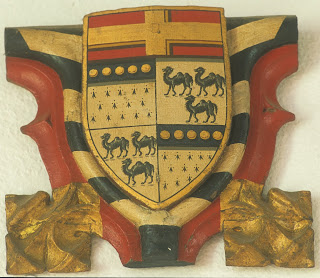 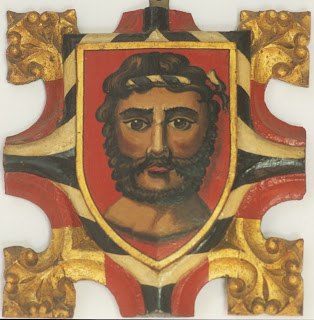 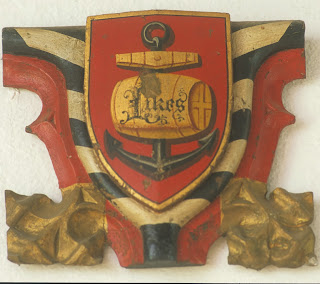 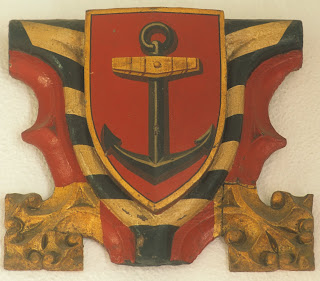