The castle of Chysocheria on the island of Calymno (Kalymnos) was built by the Knights of St John after they occupied the island following the conquest of Rhodes c1310.The castle occupies a strategic hilltop with clear views over the bay of Pothia and in the other direction inland to the Castle of Chora. The castle was built on the ruins of ancient and Byyzantine strongholds. The local, Greek, population were obliged to work on the construction of the castle, to their evident dismay. In 1445 the plebs and populus produced a document of uncertain provenance, written in Greek, claiming that they were not obliged to work on the castle. A legal debate followed at Rhodes after which it was decided that the population did in fact owe castle service, but were free of all other obligations. 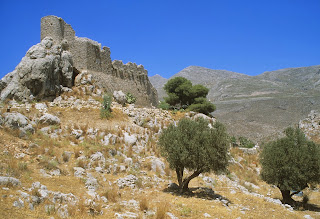 The castle of Chysocheria was the headquarters of the Hospitaller castellan, the island's governor. The castle's defences were put to the test in 1457 when the island, together with the islands of Nisyro, Lerro, Piskopi and the castle of Archangelus on Rhodes were subjected to large-scale Turkish raids. Further significant  raids followed in 1460. The castle eventually surrendered to the Turks in 1522. 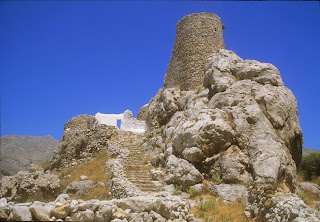 The castle takes its present name Chysochera, from a hoard of gold coins that were discovered  under the church of Panagia Chrysocheria (Virgin of the Golden Hands) within the castle walls. The other church within the walls of Chrysocheria is dedicated to St. George. 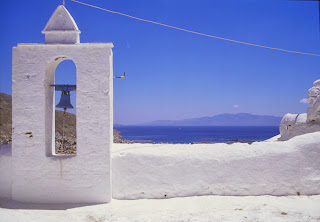 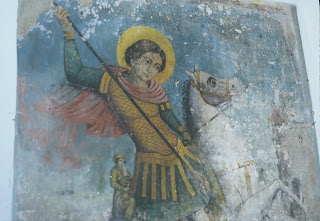