The manor of Strood near the River Medway in Kent was given to the Order of the Temple by Henry II in 1159. The hall was built at the beginning of the 13th century to provide accommodation for their knights and other dignitaries travelling to Dover and on to the Holy Land. By the 14th century the estate had been farmed out to tenants and the income was used to support the military activities of the Order in the East. 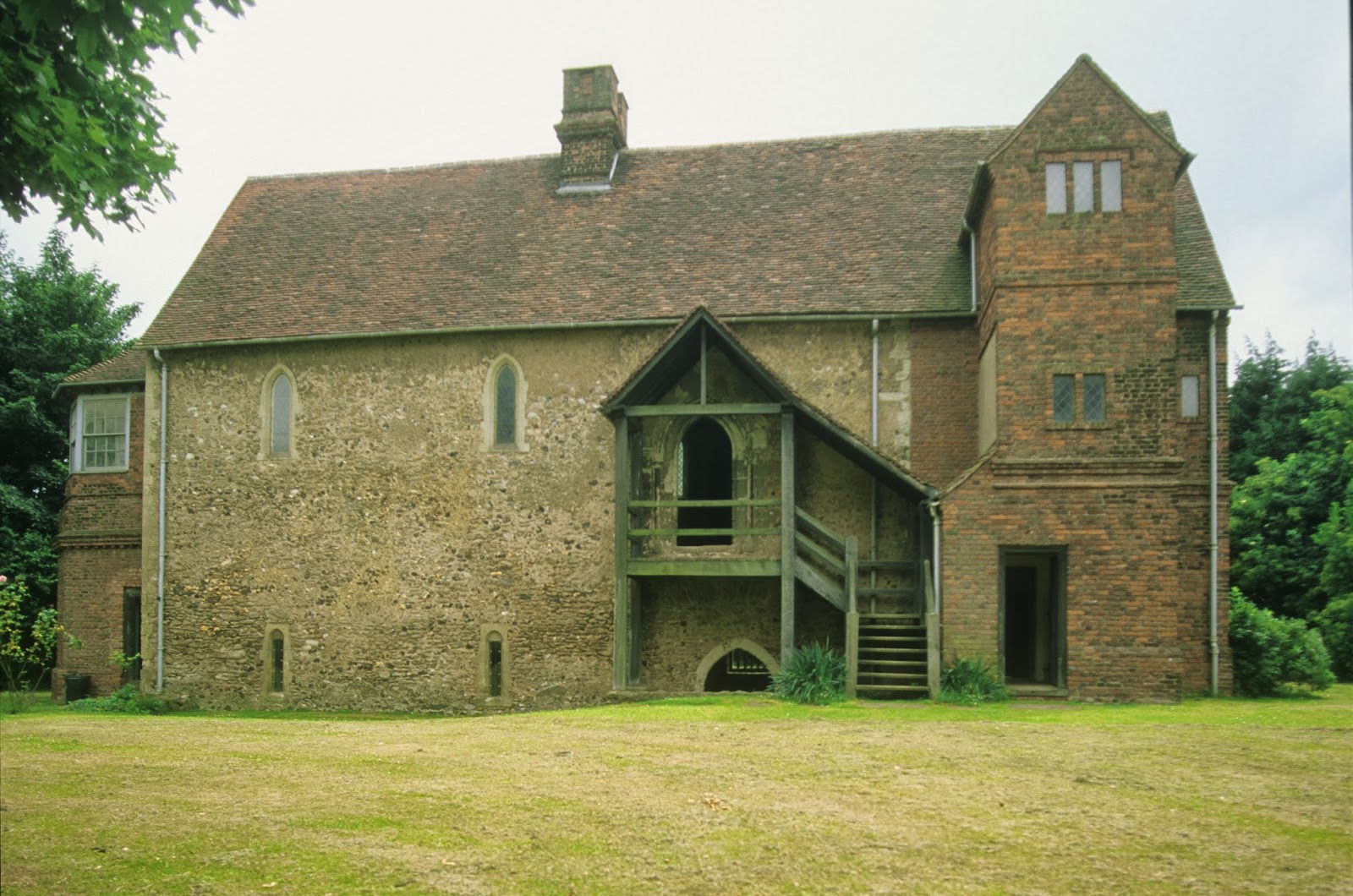 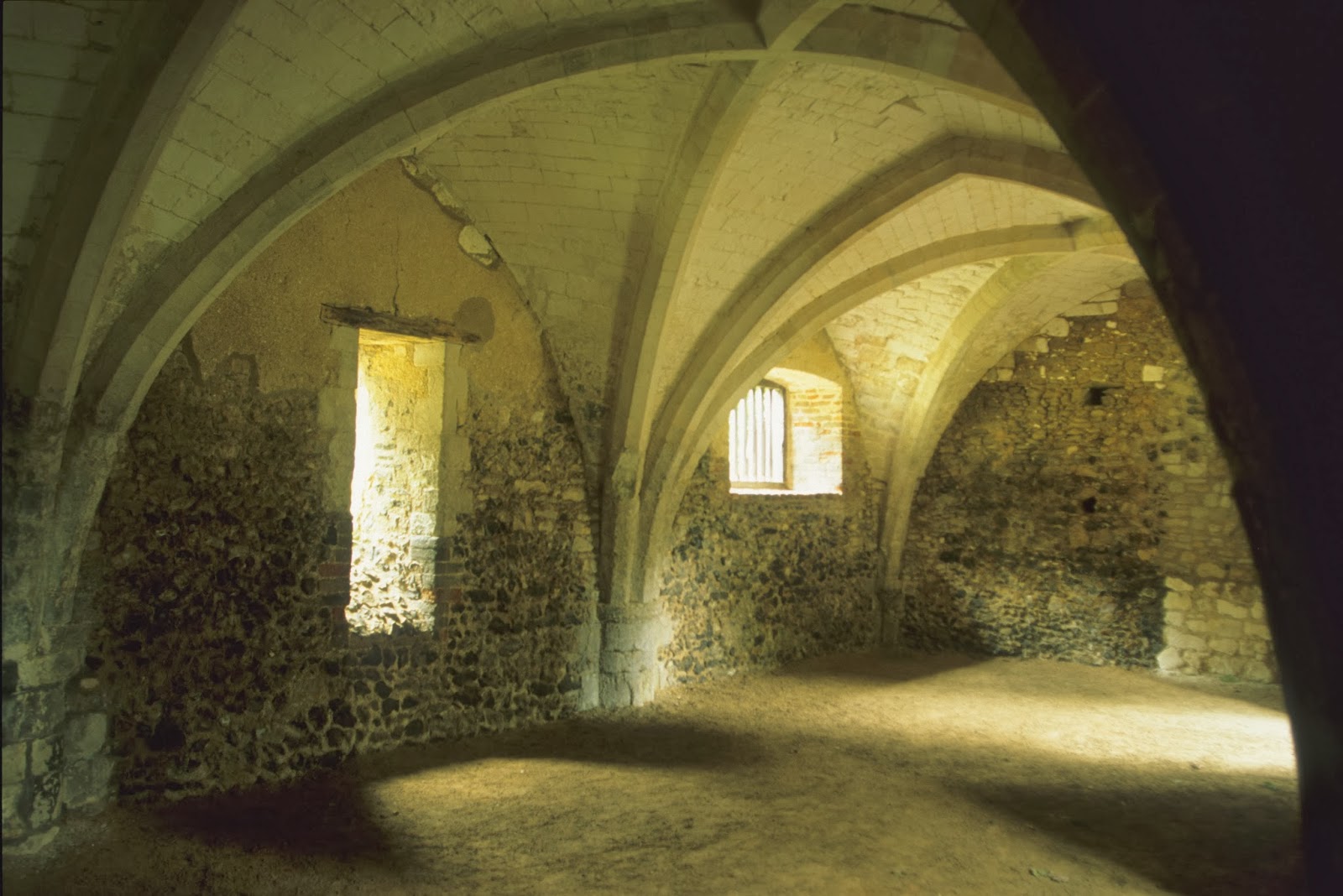 When in 1312 the Order of the Temple was suppressed in England, all their assets including Temple manor passed to the Order of St.John. An inventory of 1313 at Strood lists a hall, a chamber a chapel and a barn. Some years later the Prior of St. John complained that the King was still occupying former Templar properties, including Strood. The protest had no effect and in 1324 Strood, although legally the property of the Order of St.John, had to be ceded to the King. In 1342 Edward III granted it to the Countess of Pembroke who gifted it to support her nunnery at Denny in Cambridgeshire, another former Templar property. 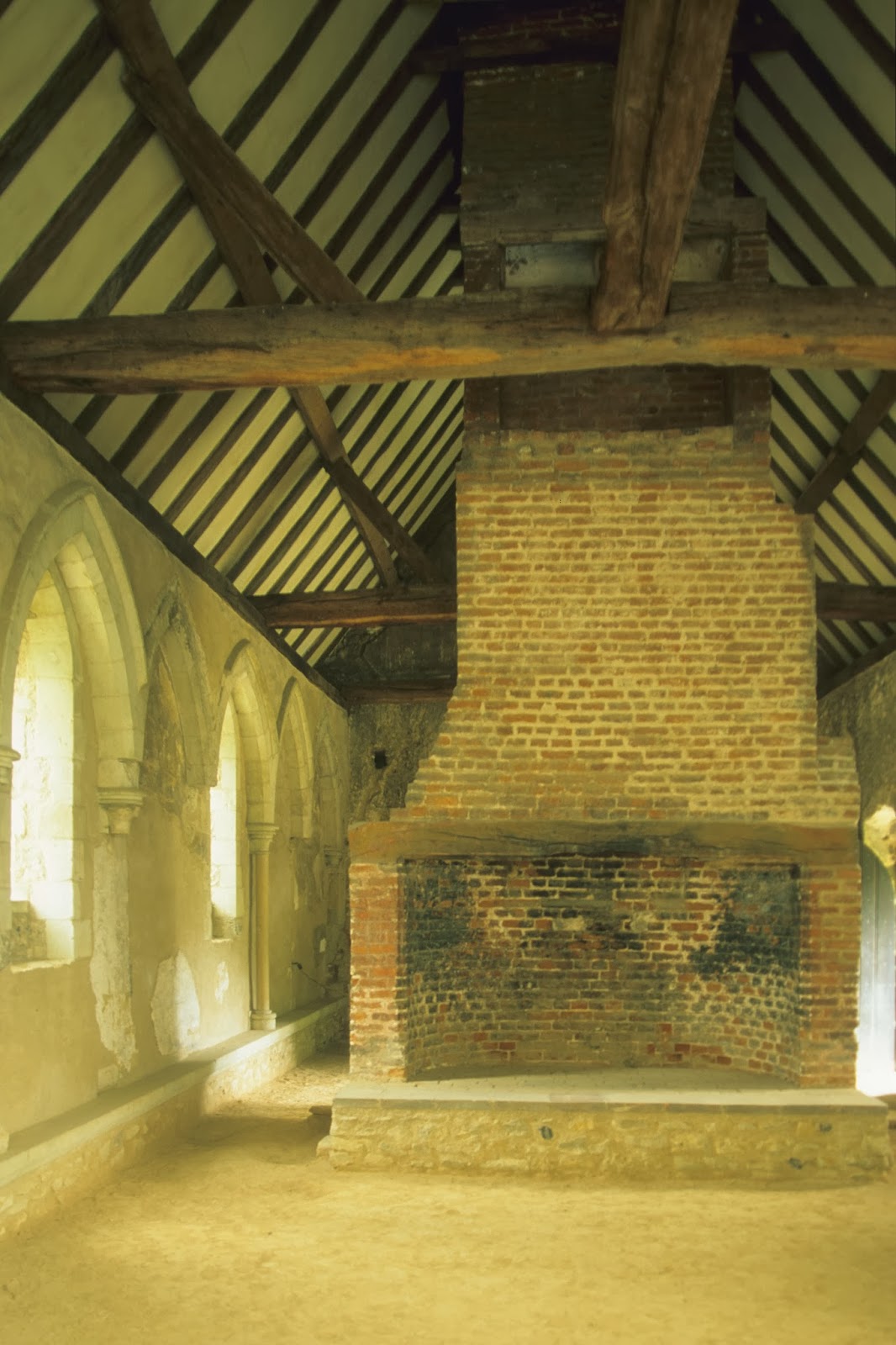 The brick fireplace was inserted into the hall in the 17th century when the manor was used as a farmhouse.
Posted by Jimmy Graham at 11:31