The Sacra Infermeria or Holy Infirmary was extended in 1712 during the rule of Grand Master Fra' Ramon Perellos y Roccafull with the construction of the Upper Quadrangle bounded by Hospital, North and Merchants Streets. The new main entrance, the Porta principale opened onto Merchants Street.

The Upper Quadrangle became known as the New Hospital or Infermeria Nuova. Arranged around the courtyard were premises to house the pharmacy, its laboratory and accommodation for lay members of the hospital staff. In the centre of the quadrangle was a fountain decorated with the escutcheon of Fra' Ramon Perellos y Roccafull that supplied water to the kitchens, the pharmacy and to the laboratory.

The Pharmacy was located under the arcade on the ground floor of the Infermeria Nuova, just inside the Porta Principale. In charge of running the Pharmacy was the Pharmacist who was assisted by five apprentices (lavoranti), a Reader of Prescriptions (lettore di recetti) and a barber-surgeon for the clysters or enemas, (barberotto dei clisteri).

The Valletta Pharmacy was especially renowned for its beautifully painted Maiolica  jars used for storing drugs and medicines. These jars were of different shapes and sizes and were decorated with the figures of saints, foliage and flowers, the arms of the Order of St. John and the names of the drugs and herbs they contained. 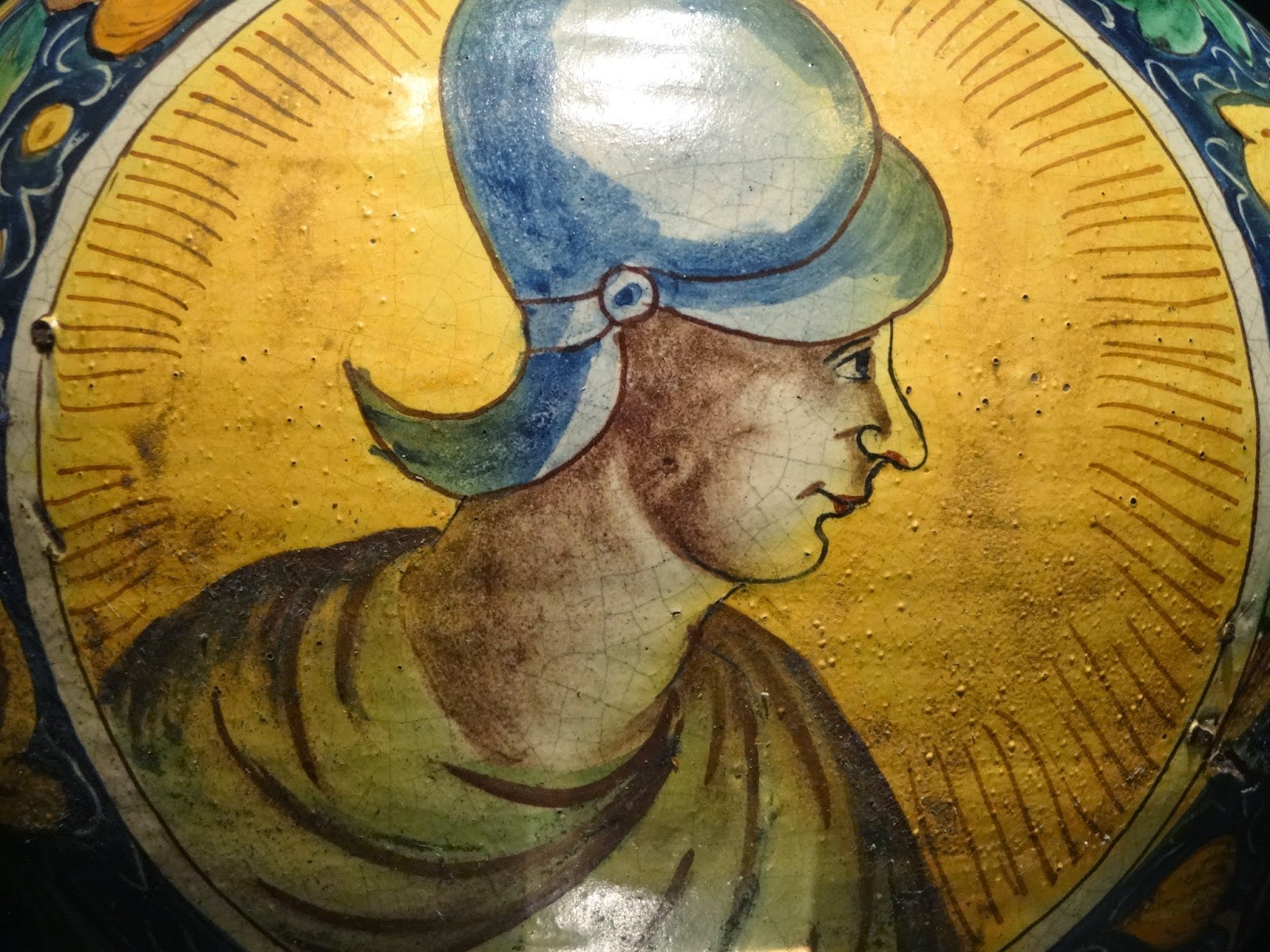 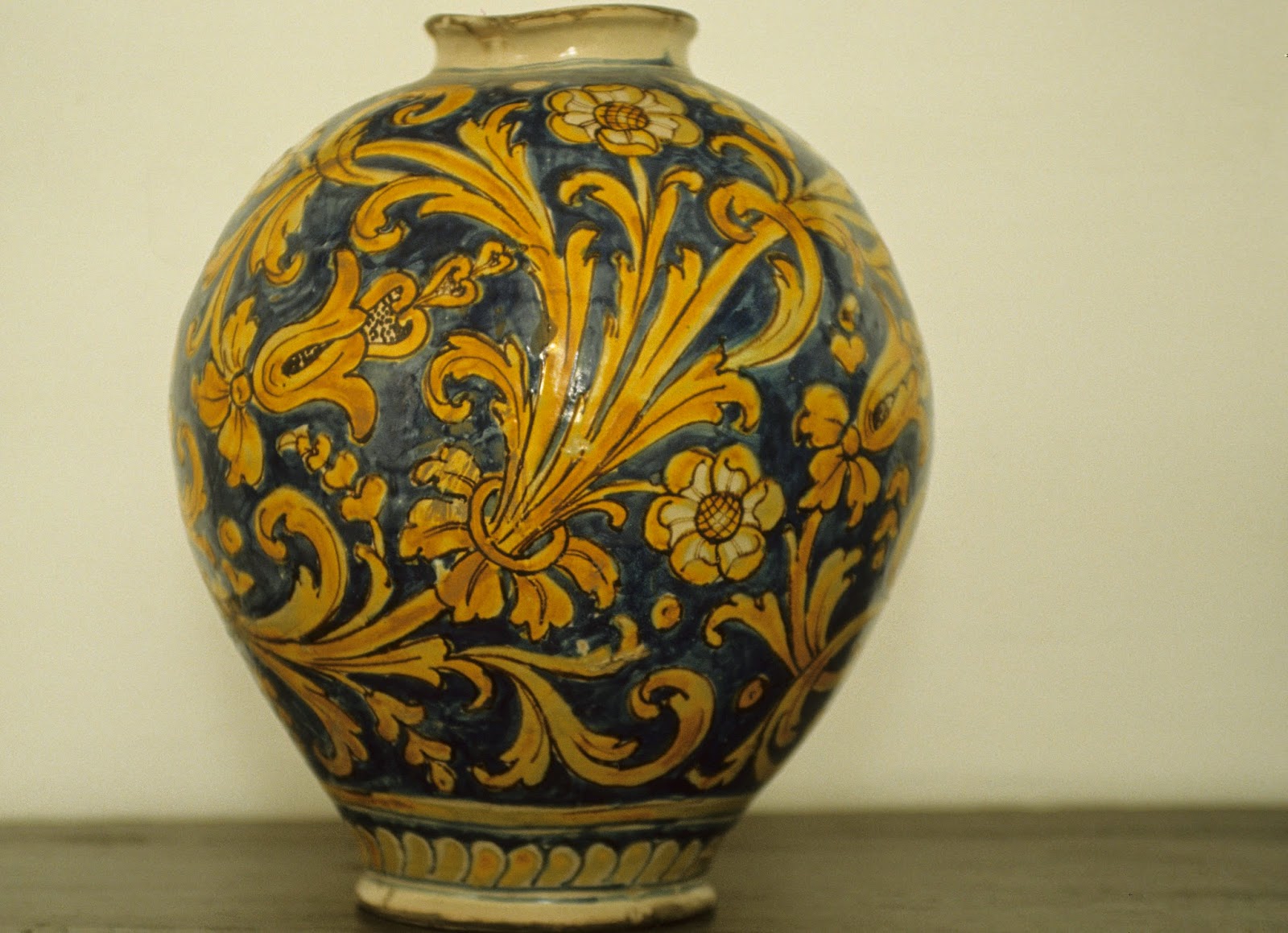 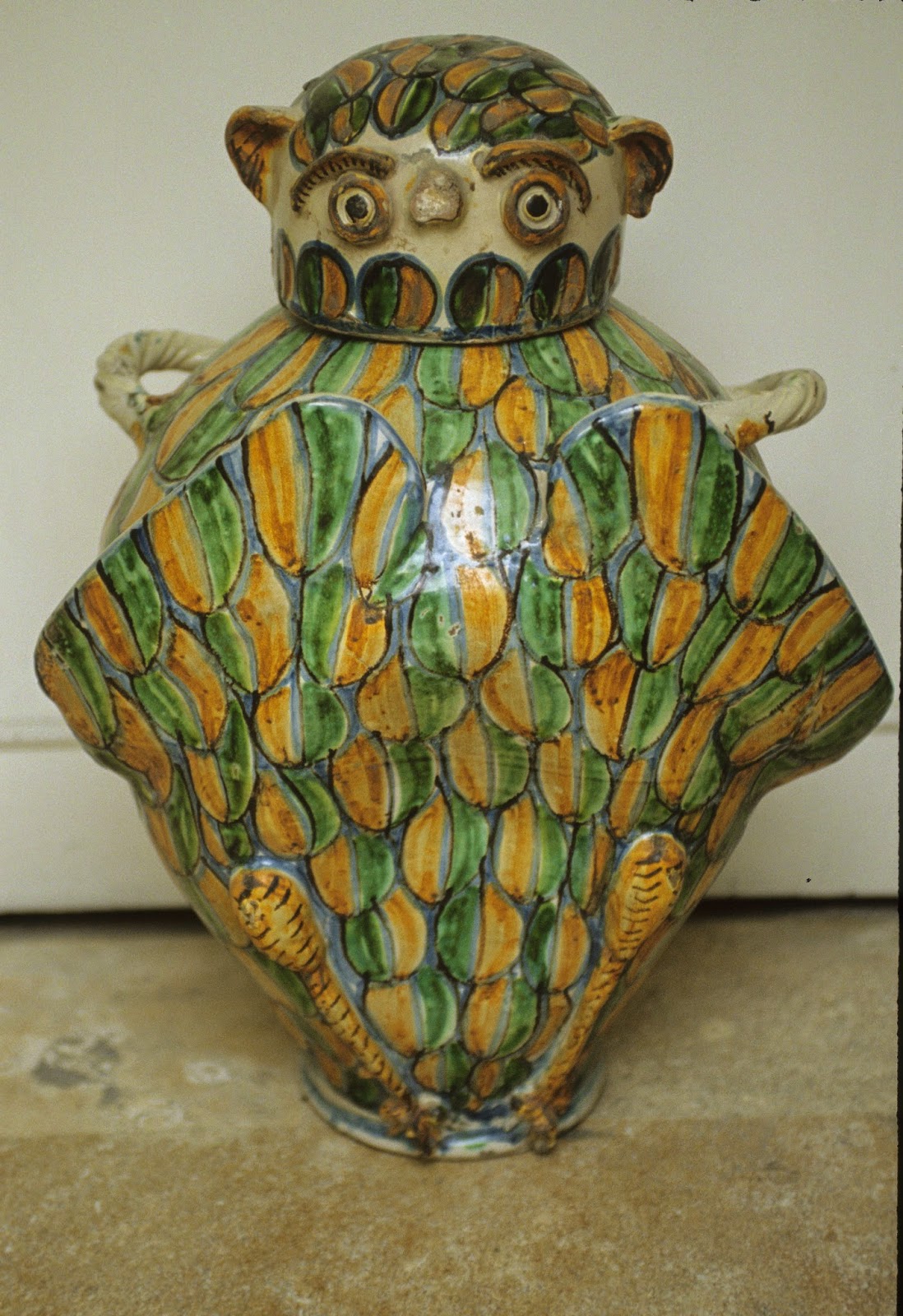 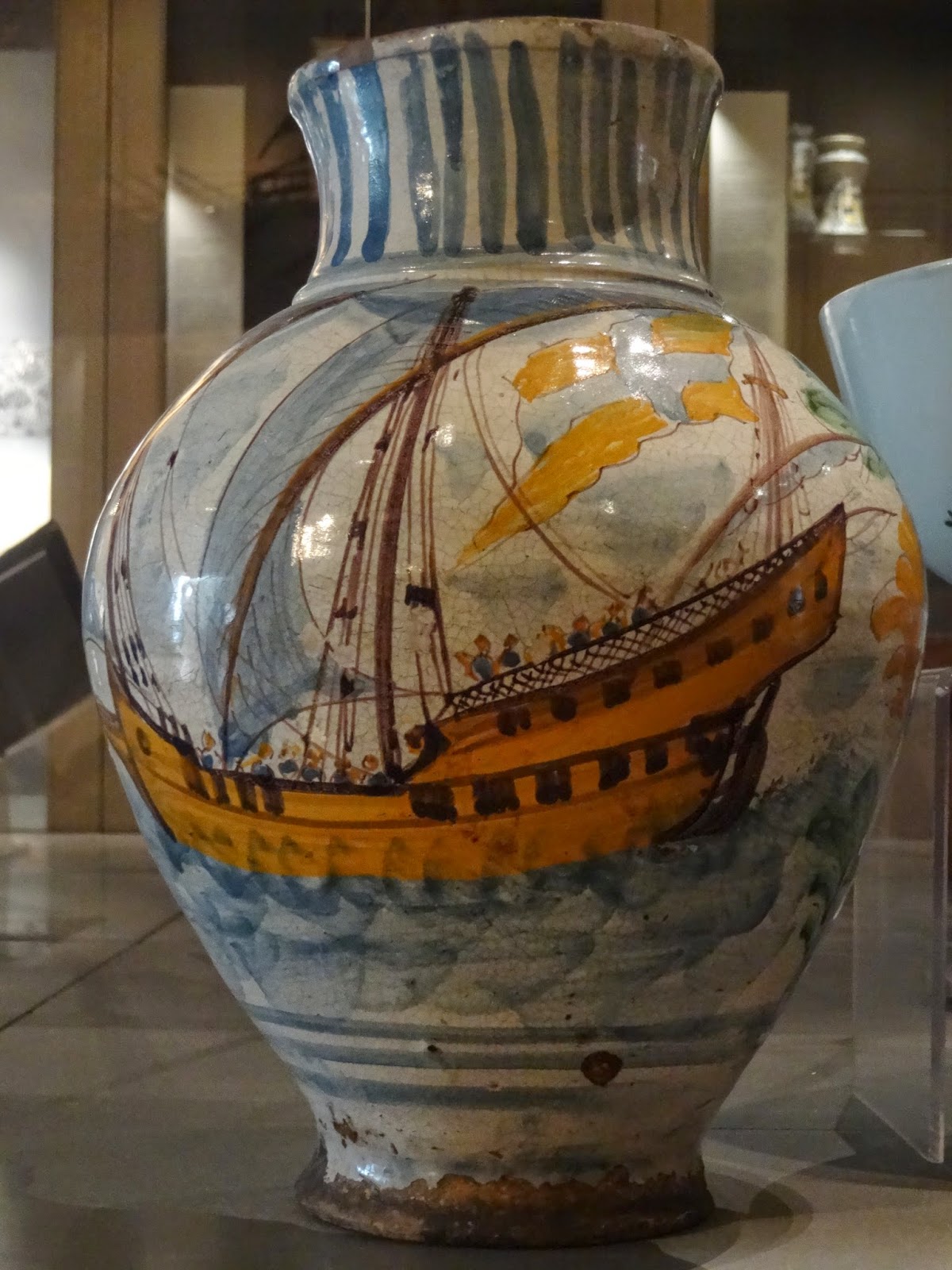 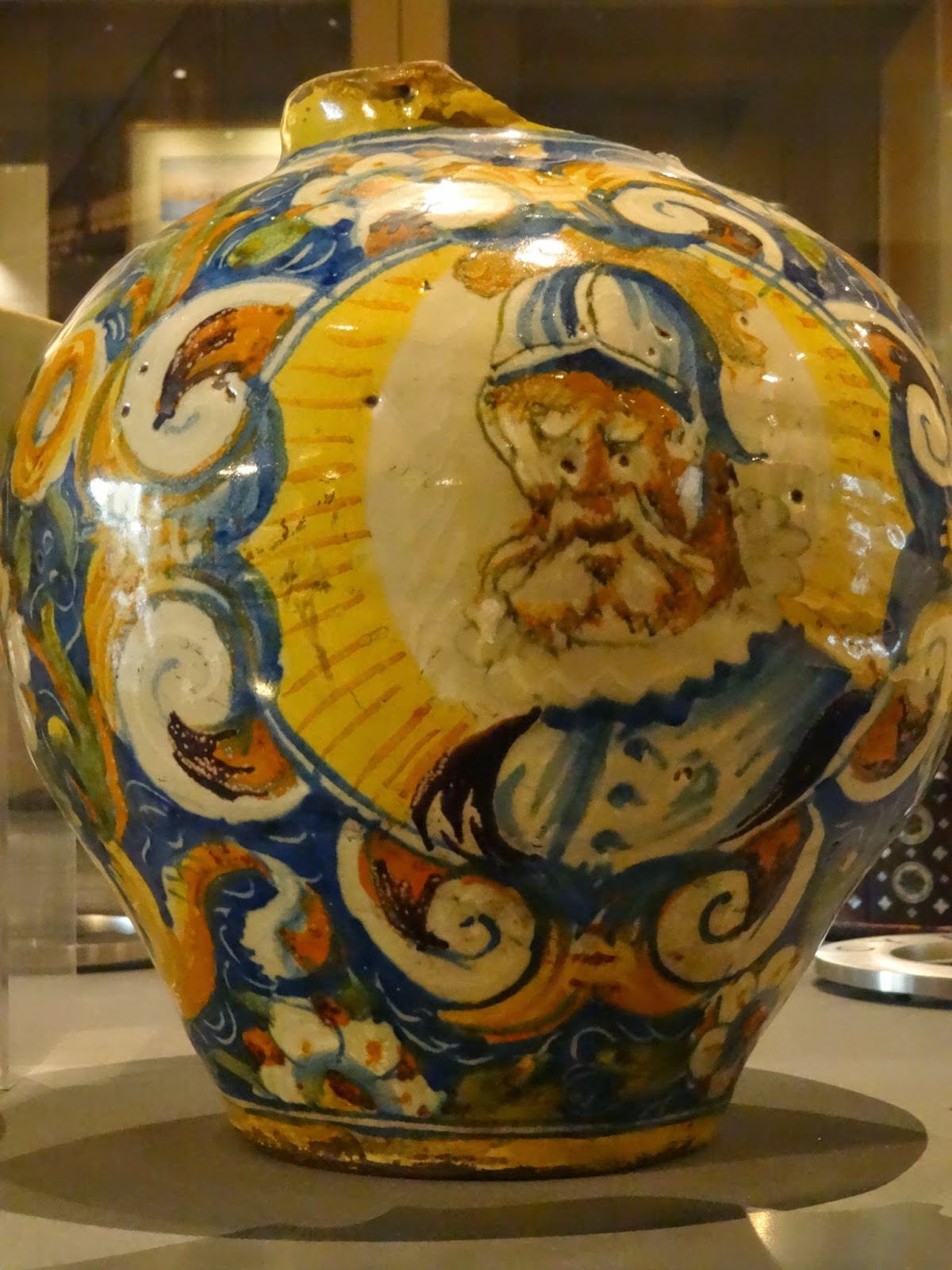 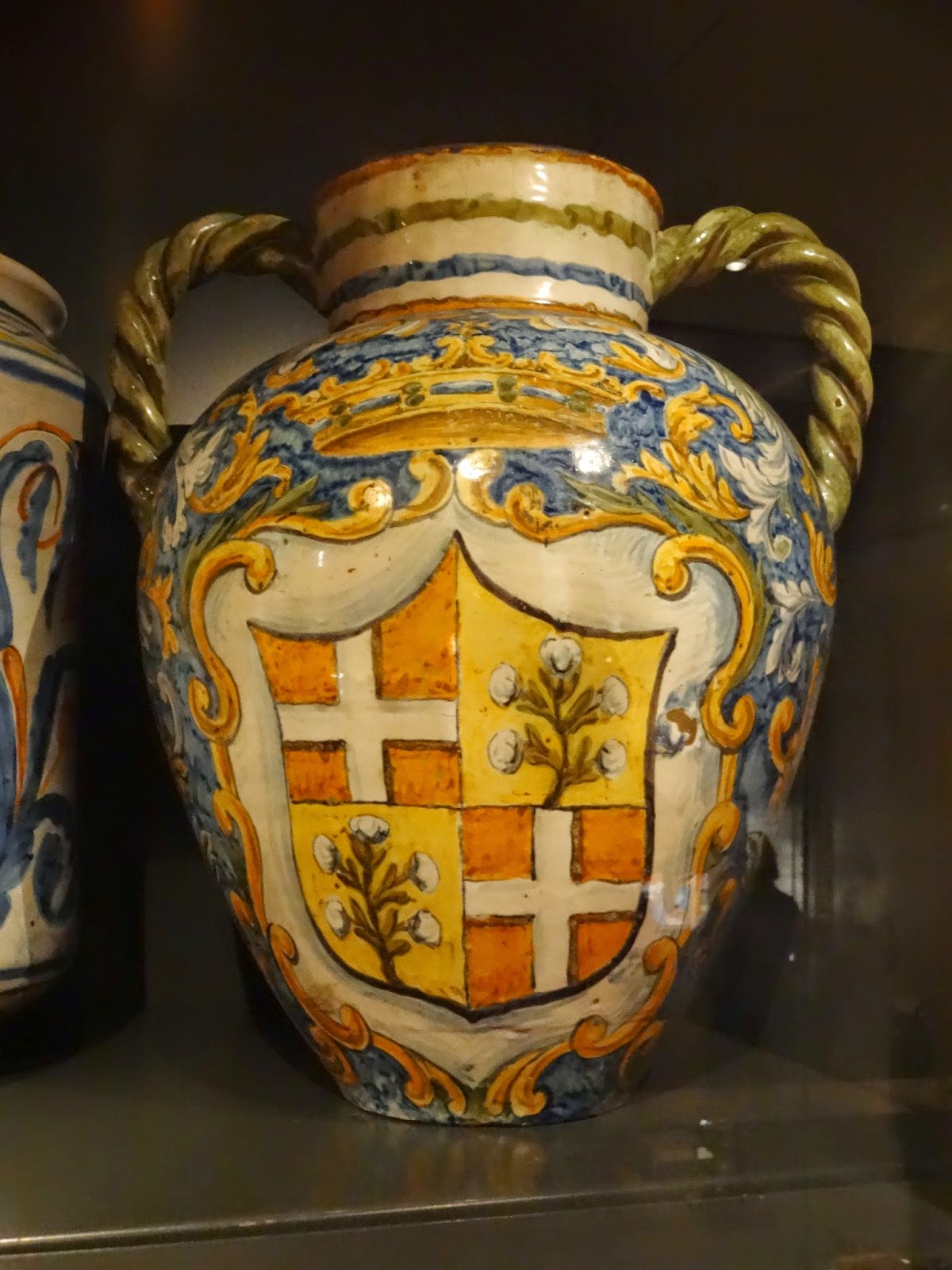 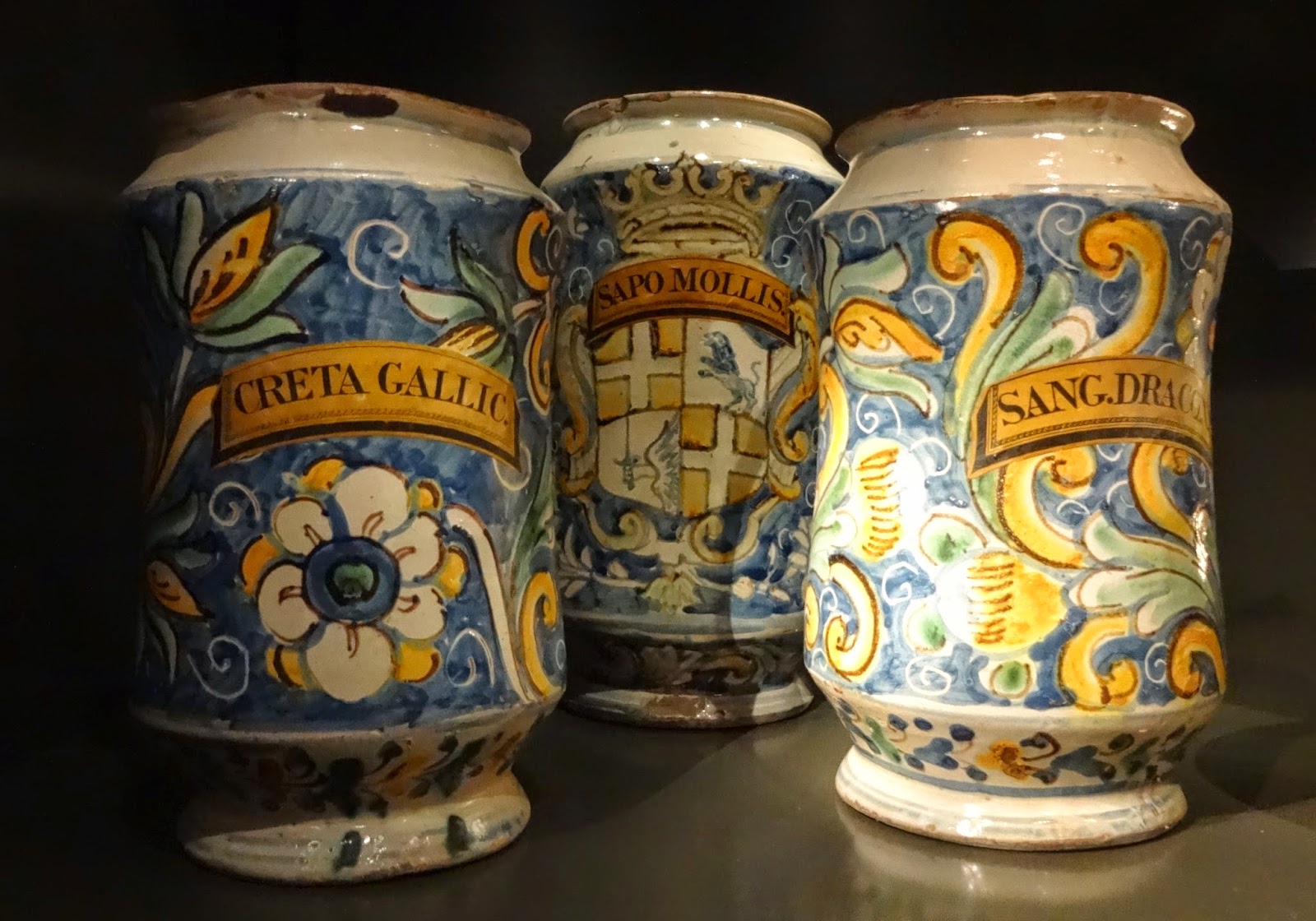 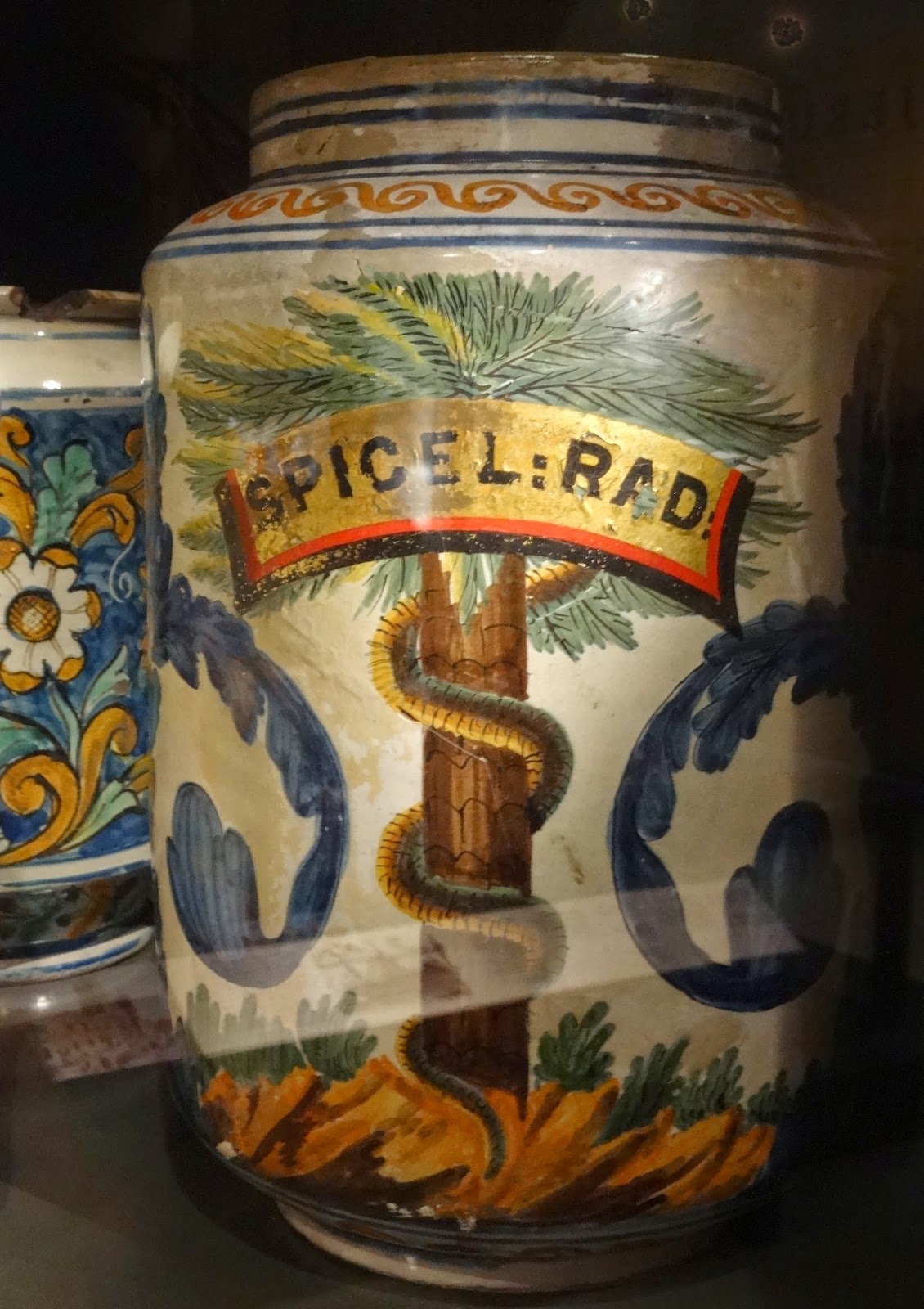 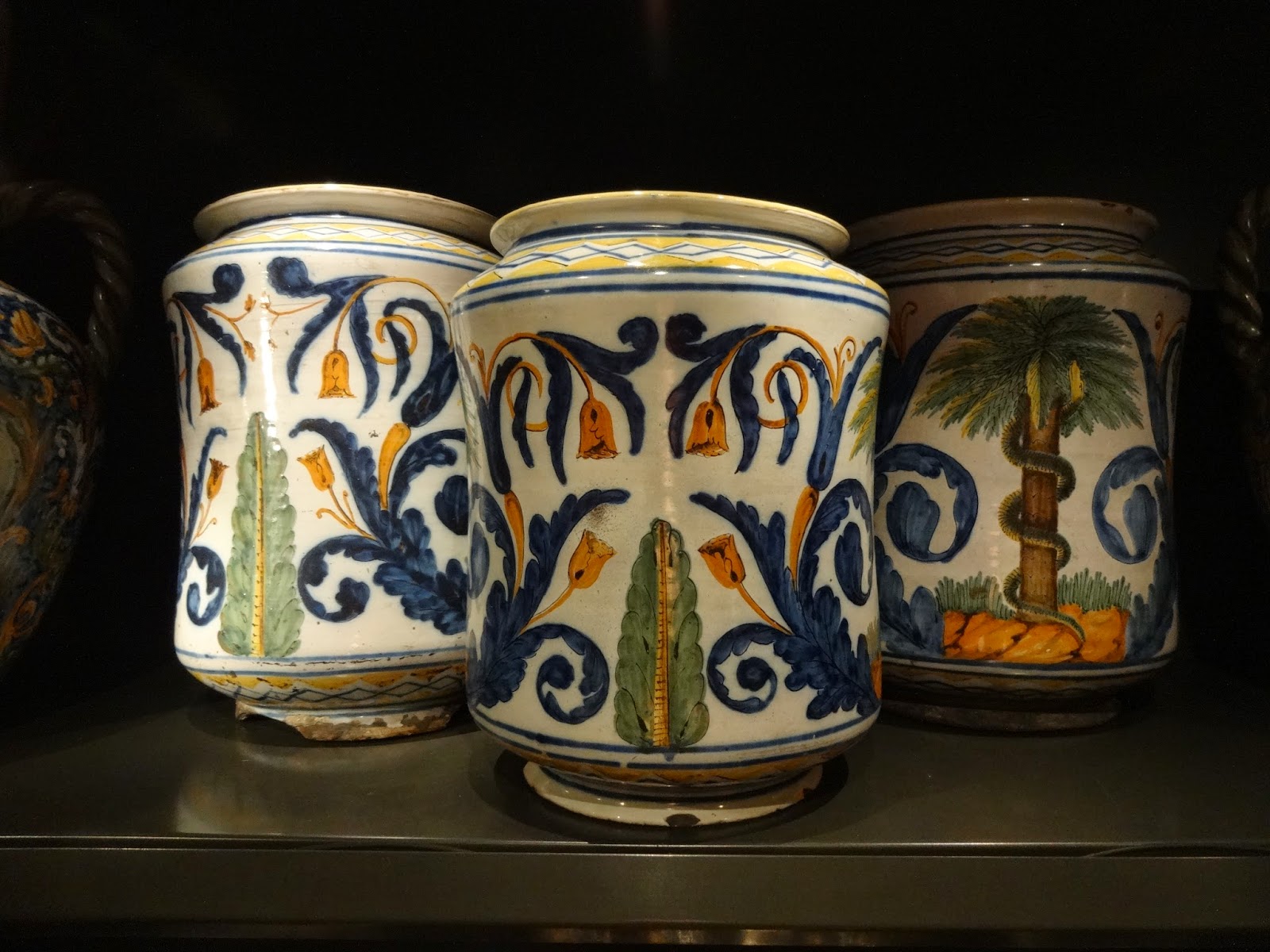 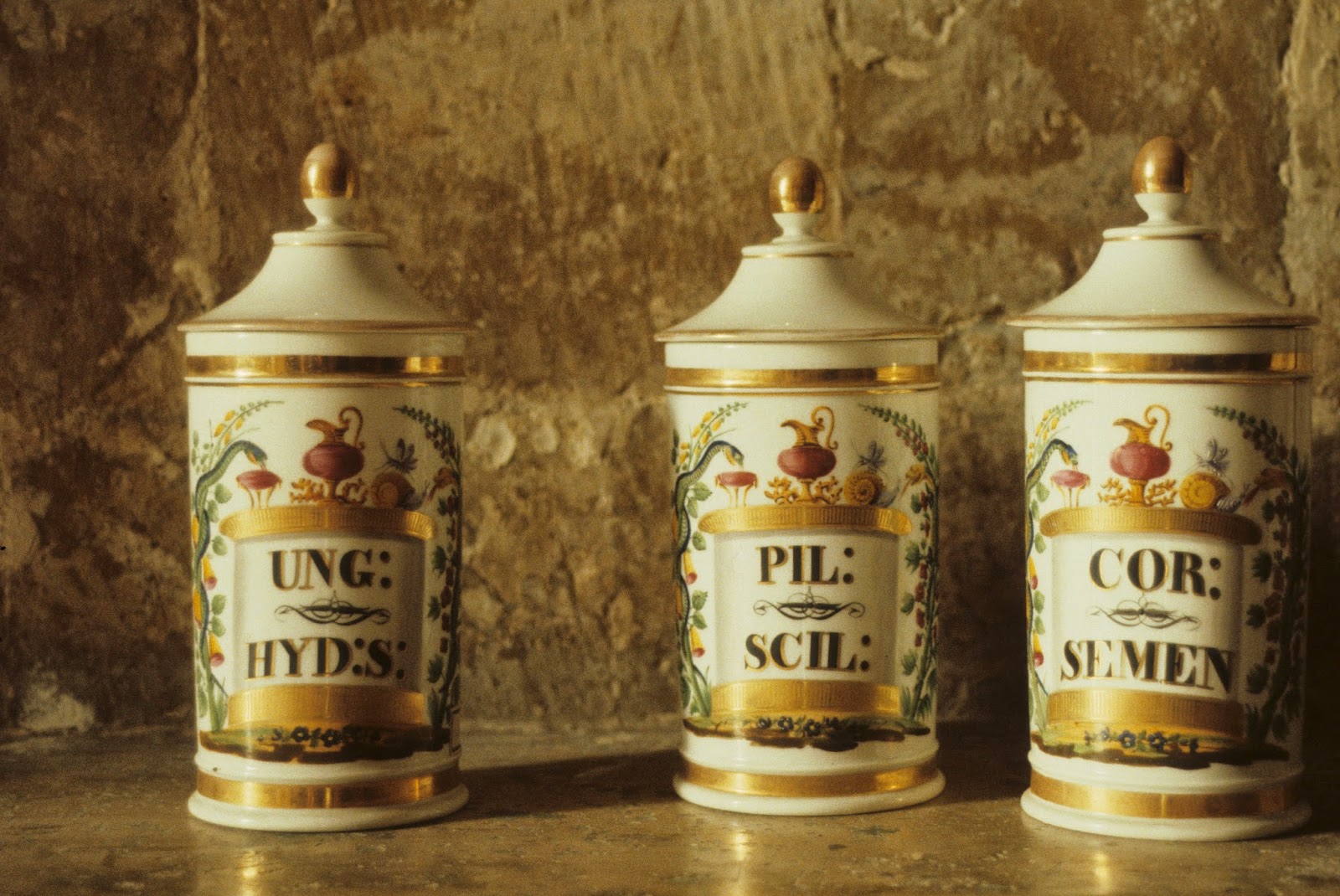 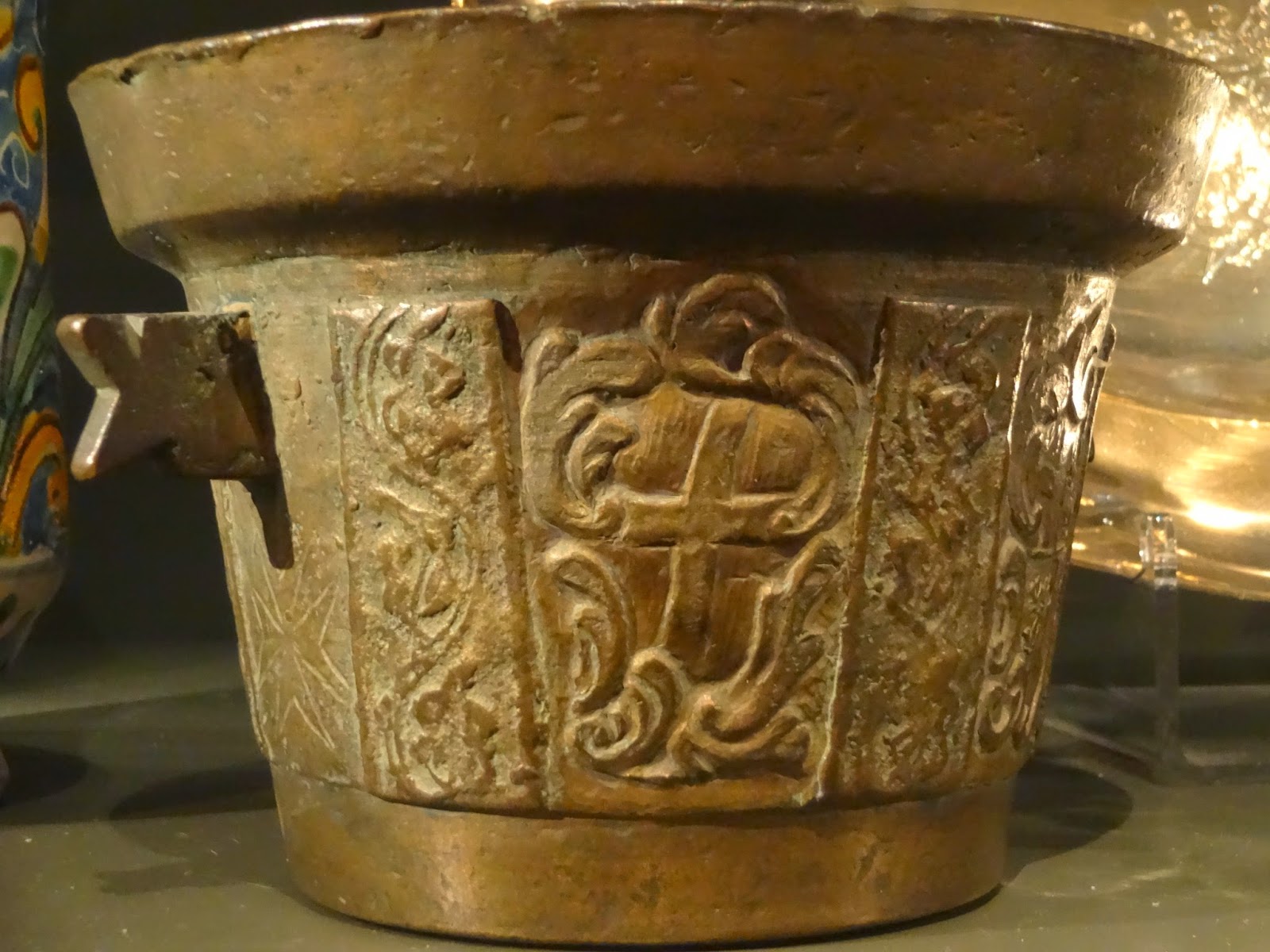 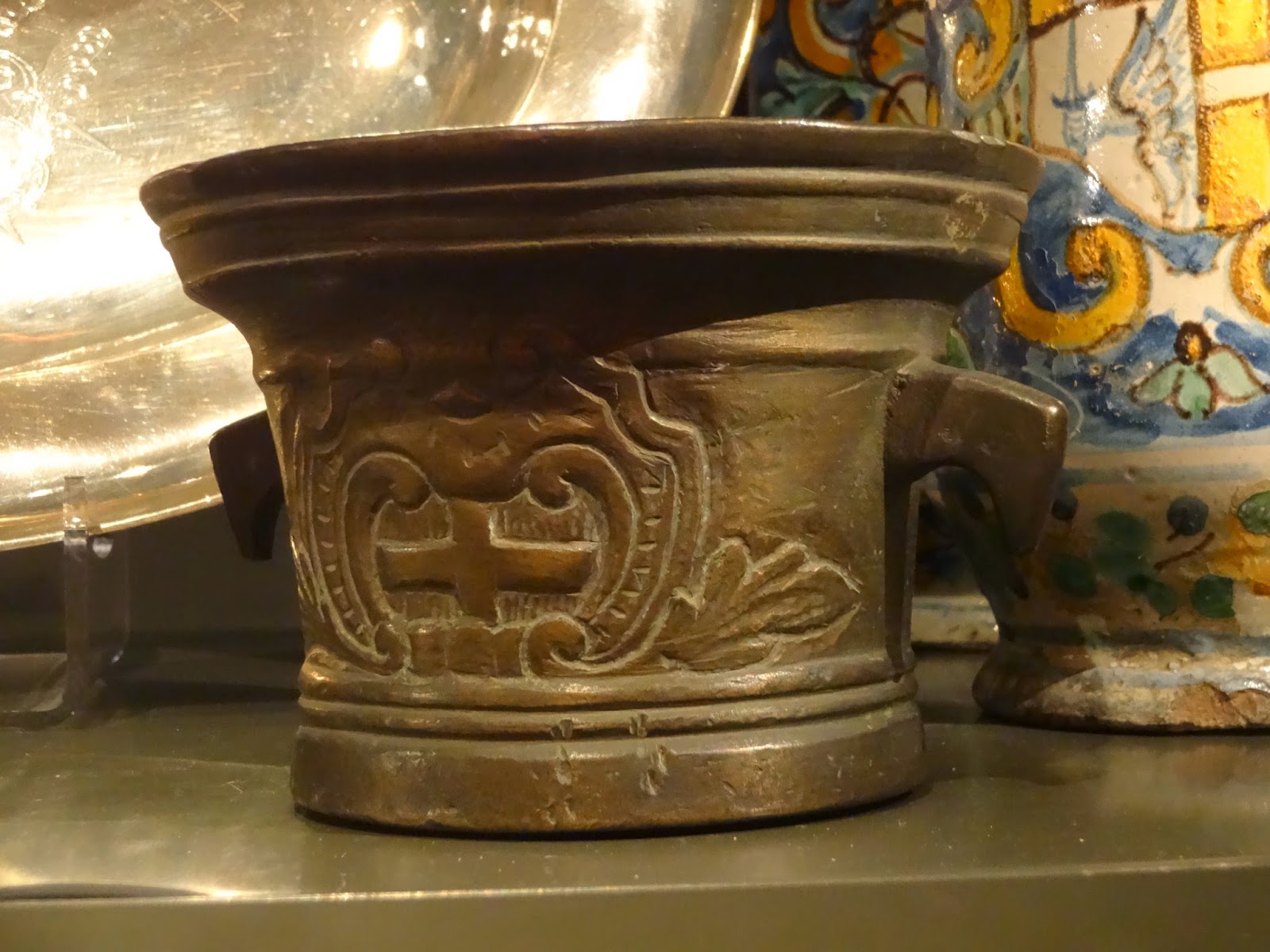 
The Nuova Infermeria received a direct hit during the aerial bombardment of WW2. The Pharmacy was completely destroyed.
Posted by Jimmy Graham at 10:51