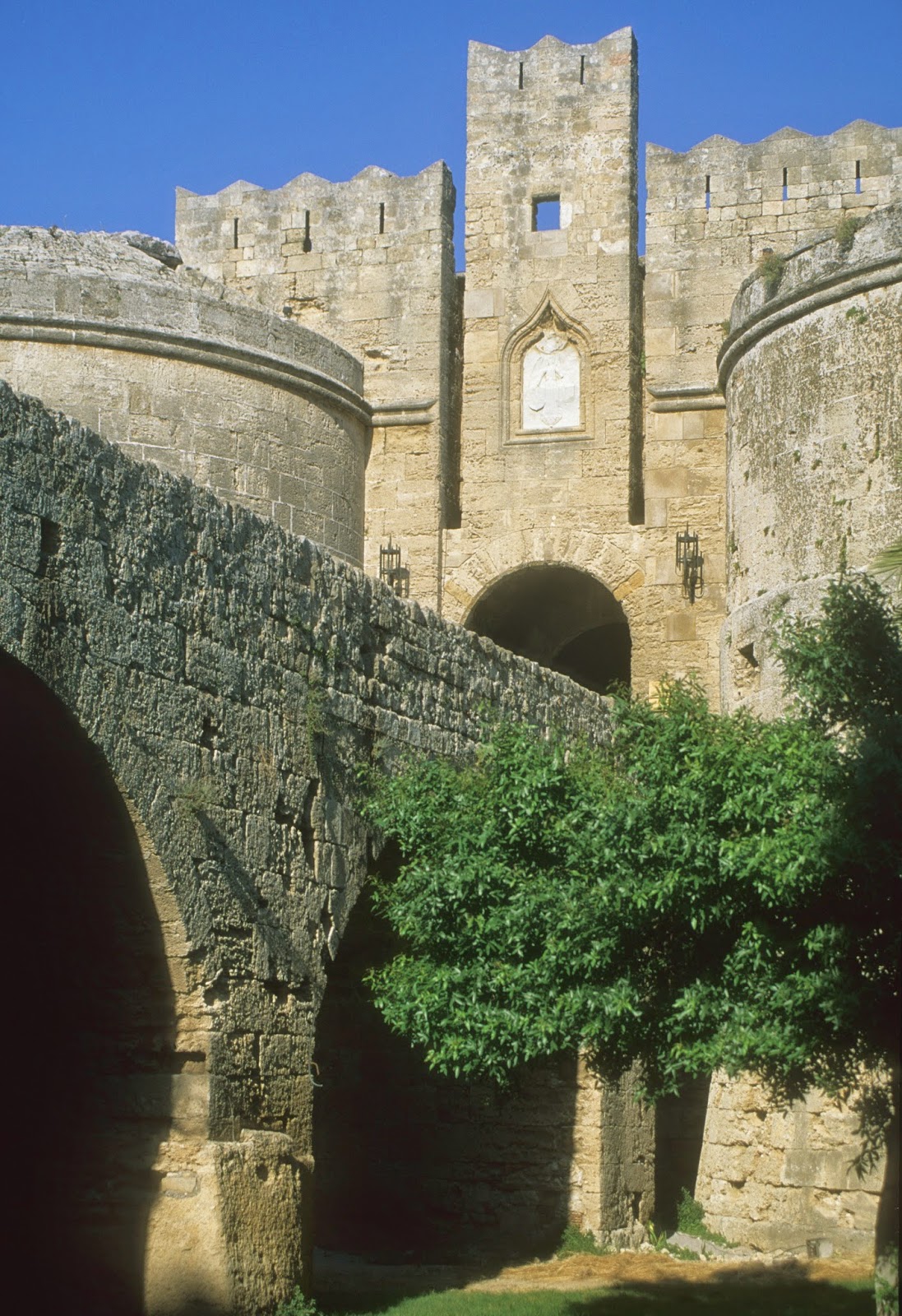 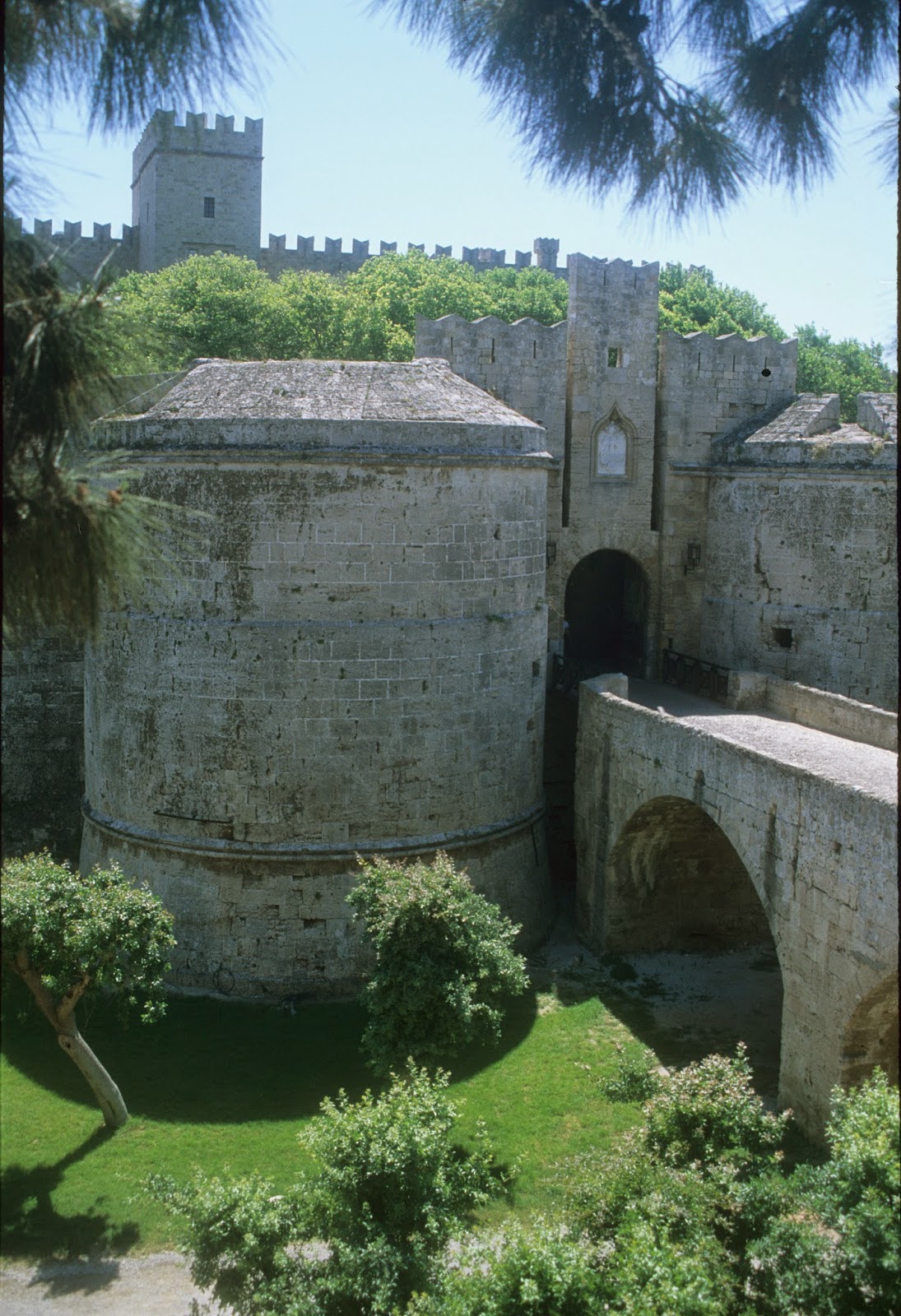 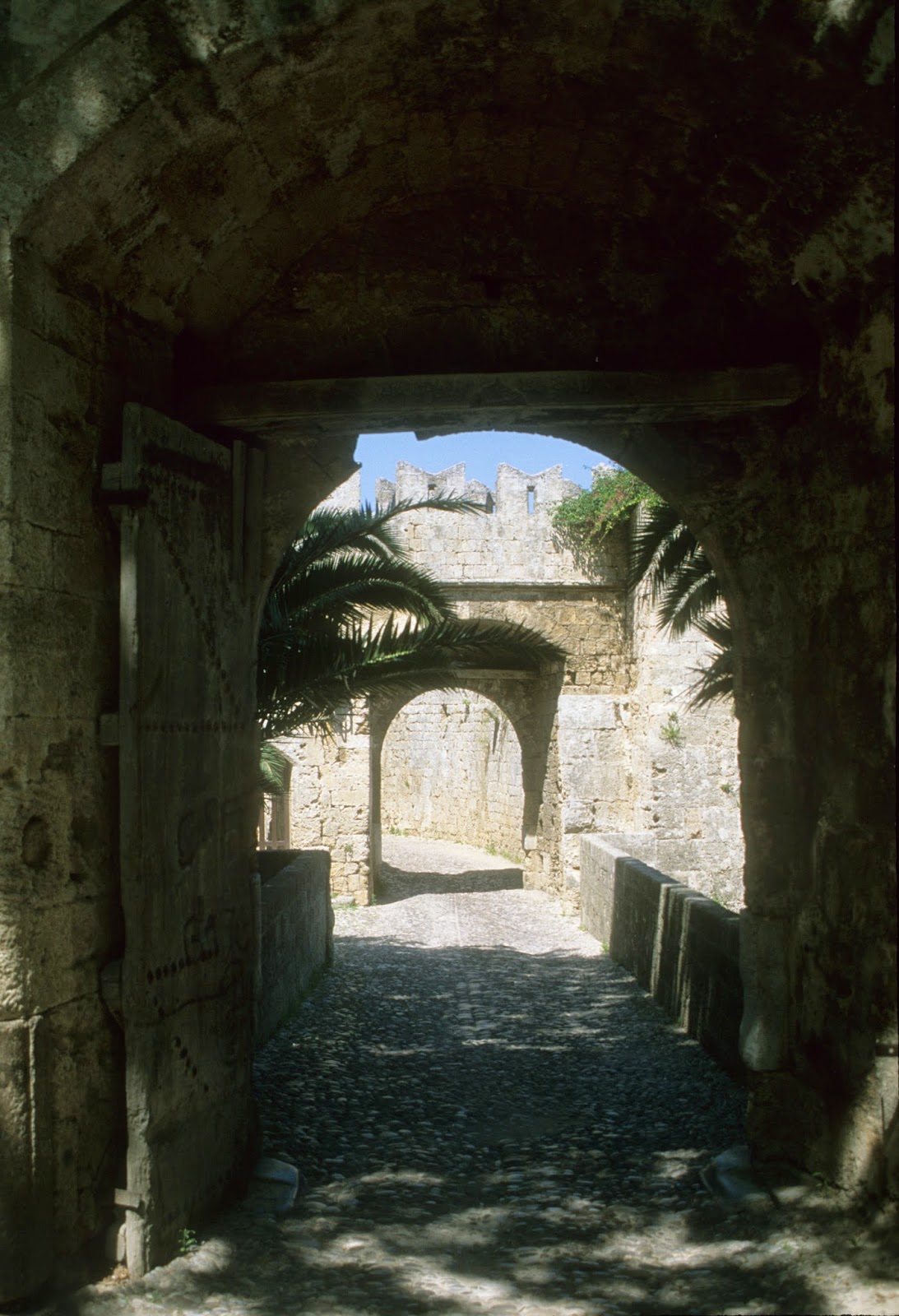 Above the entrance is a marble plaque with a relief of an angel holding the coats-of-arms of the Order and of Fra' Eylon d'Amboise with the inscription: DAM-BOYSE MDXII. After damage sustained in the Siege of 1480 the gate underwent repairs during the rule of  Grand Masters del Caretto and de l'Isle Adam whose coats-of-arms are also on display.
Posted by Jimmy Graham at 13:03